A new bridge in Hanoi, the capital of Vietnam, was completed earlier this month thanks to credit assistance from Korea’s EDCF which financed amounts surmounting USD 100 million.

The Ministry of Strategy and Finance said construction of the Vinh Thinh Bridge has been finished, with a celebration ceremony taking place near the Red River in Hanoi on June 6. This is so far the largest scale single project among all infrastructure-support projects that Korea has carried out and completed overseas. 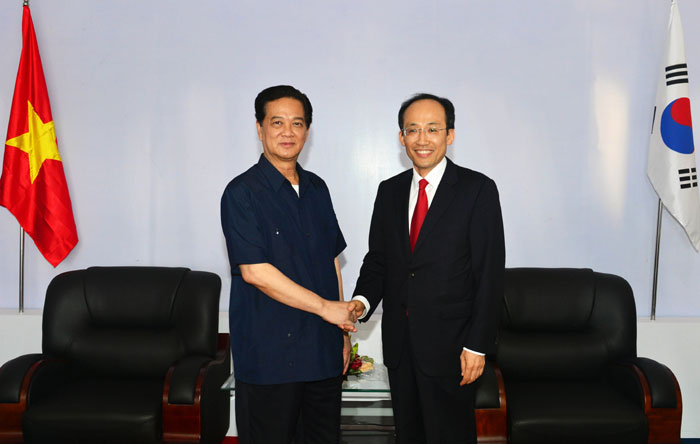 prior to the ceremony to mark the completion of the Vinh Thinh Bridge in Hanoi on June 6. 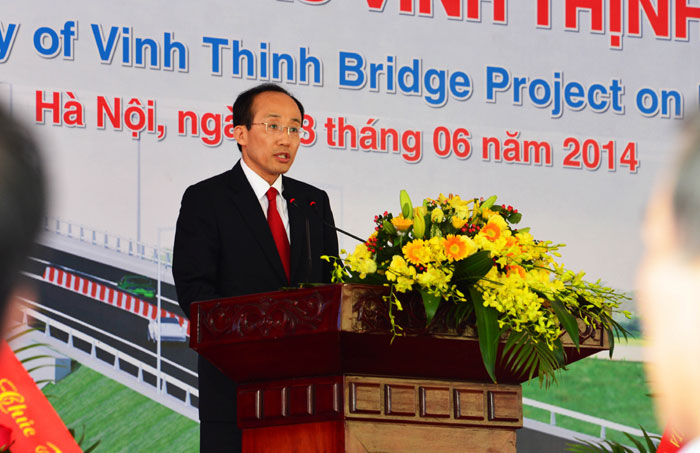 In the past, Hanoi residents had no choice but to get on a ferry barge or make a long detour to cross the Red River when commuting to Vinh Thinh. Thanks to the new Vinh Thinh Bridge, however, such inconveniences will no longer exist. The new bridge is expected to remarkably reduce logistic costs in nearby areas and ease the chronic traffic congestion that is centered on Hanoi, which in turn will further accelerate development of the satellite communities.

Vice Minister Choo Kyung-ho said at the ceremony that, “The opening of the Vinh Thinh Bridge will speed up development of the Red River Delta.” The Red River Delta, he mentioned, is in the northern area of Vietnam and is one of the three main industrial centers of the country, along with Ho Chi Minh City and the Mekong Delta in the south. “The construction of the Vinh Thinh Bridge will help upgrade cooperation between Korea and Vietnam. This will also offer an important opportunity for the two countries to advance bilateral relations in a more successful way,” he added.

The Vinh Thinh Bridge connects Hanoi and Vinh Thinh over the Red River. 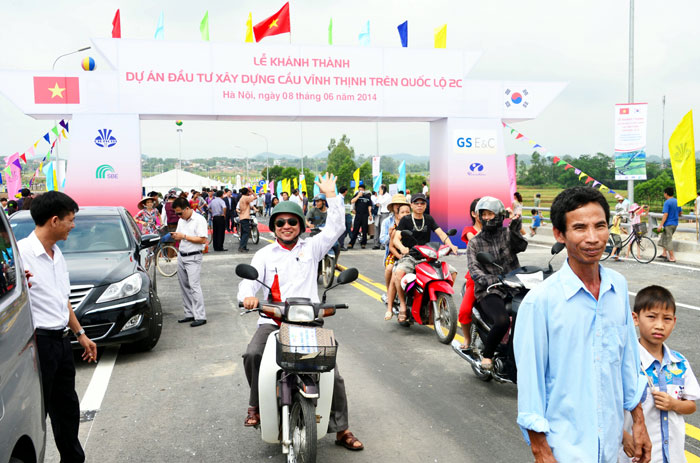 Area residents celebrate as they cross the newly completed Vinh Thinh Bridge after a ceremony on June 6. (photos courtesy of the Ministry of Strategy and Finance)

Since 1987, the Korean government has been providing money from the EDCF to support the industrialization of developing countries and to boost economic cooperation with them. Korea generally offers credit assistance of between USD 30 million and 50 million on average for a single infrastructure project, such as helping to build hospitals, airports or roads in these countries. Currently, Korea has provided a total of USD 9.3 billion from the EDCF to 50 countries.

For Vietnam, Korea has been providing support funds since 1995. A total of 49 projects are ongoing in Vietnam, with Korea’s EDCF providing some USD 1.9 billion, the largest amount of credit assistance Korea is currently injecting into a single country.