A fresh opportunity to explore the humanities and to visit historical sites across Korea, all in English, will be offered to non-Korean speakers starting next month.

Starting in June and running through to the end of the year, a variety of cultural programs have been prepared by the Korean Culture and Information Service (KOCIS), the publisher of Korea.net and part of the Ministry of Culture, Sports and Tourism (MCST). The programs are aimed at helping people enhance their understanding of the values, emotions and sentiments that are reflected throughout Korean society, culture and life.

The first program is a cross-cultural conversation. After a screening process, a total of 120 university students, both Korean and non-ethnic Koreans, will be chosen and divided into 30 teams. Each team will be given one of three topics to discuss, focusing on the arts: the Korean Spirit, Korean Religion and Korean Taste. Under the guidance of three professors, each team will discuss their given topic and then make a presentation as part of a competition. 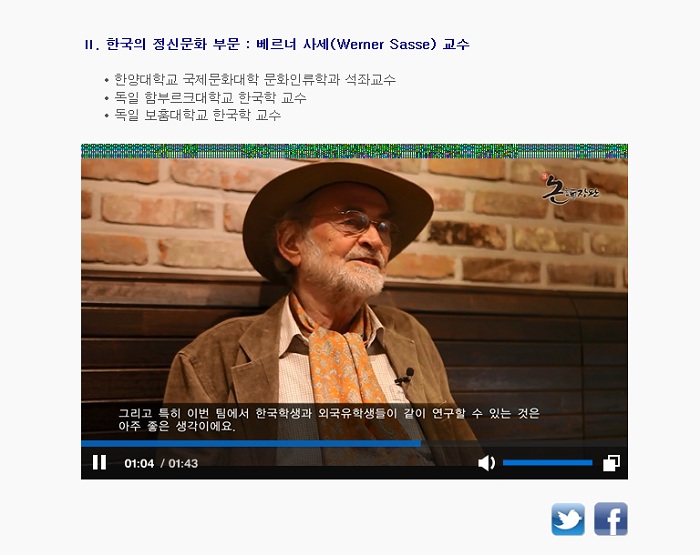 Professor Werner Sasse, who takes charge of the Korean Spirit sessions, says during an interview that it’s a very good idea to create chances for Korean and non-Korean students to discuss cross-cultural topics together. (image captured from the event homepage)

The nine winning teams will receive both certificates of merit and prize money. They will also be nominated as honorary ambassadors to play a part in making Korean culture widely known around the world.

Students who would like to participate in the event can submit an application by June 20 at www.nonjangpan.net.

The second KOCIS program invites people to visit cultural heritage sites, both tangible and intangible, all of which are listed with UNESCO. The first trip is on May 31 and will head to Gangneung, Gangwon-do (Gangwon Province). The tours continue until mid-November. Each of the eight tours will include a discussion section, a lecture given by an expert and will allow participants to learn about the stories related to the heritage site, as handed down in the region.

The first trip, to Gangneung, will last for two days, on May 31 and June 1. Participants will attend the Danoje Festival, an ancient ritual ceremony performed in the hopes of making a safe village and to protect the town from disasters. The next day, they will move to Yeongwol, also in Gangwon Province, making stops at the Cheongryeongpo, the location to where King Danjong was exiled, and visit the Jangneung tombs, the royal burial site of King Danjong, where they will be able to learn about his unfortunate life story. 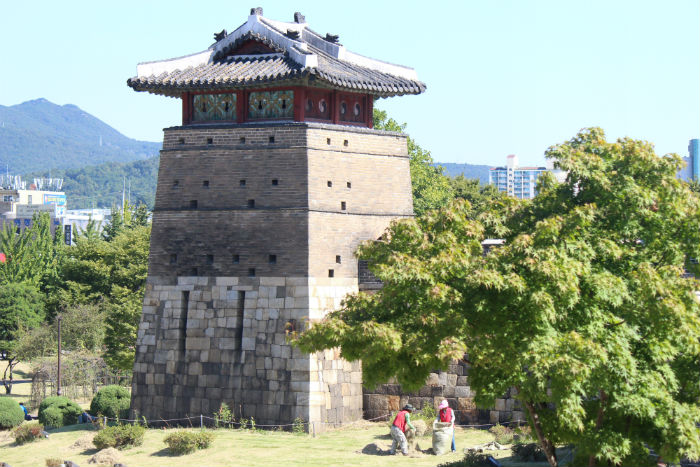 The Hwaseong Fortress in Suwon is on UNESCO’s world heritage list. Built during the Joseon Dynasty, the fortress shows a mixture of both Eastern and Western military technologies.

There will be one tour per month.

In addition to the Hwaseong Fortress in Suwon, a symbol of the innovative military architecture used during the Joseon Dynasty (1392-1910), participants will pay a visit to the dolmen site in Gochang, Jeollabuk-do (North Jeolla Province), to the province of Chungcheongnam-do to visit the founding site of taekkyon, a Korean martial art, to the traditional Andong Hahoe Village in Gyeongsangbuk-do, and, finally, to the ancient Silla Kingdom capital of Gyeongju, also in Gyeongsangbuk-do.

Those who would like to join can submit an application at www.heritageinkorea.kr