Seomjingang River is a passageway to the Korea of old

The Seomjingang River flows some 212 km from the mountains and lakes of Jinan, Jeollabuk-do, in the north toward Gwangyangman Bay in the south. Along the way, it passes through the towns of Imsil, Sunchang, Gokseong, Gurye, Hadong and Gwangyang. The high peaks of Jirisan National Park, southern Korea’s most conspicuous topographic feature, form an impressive backdrop for much of the course. 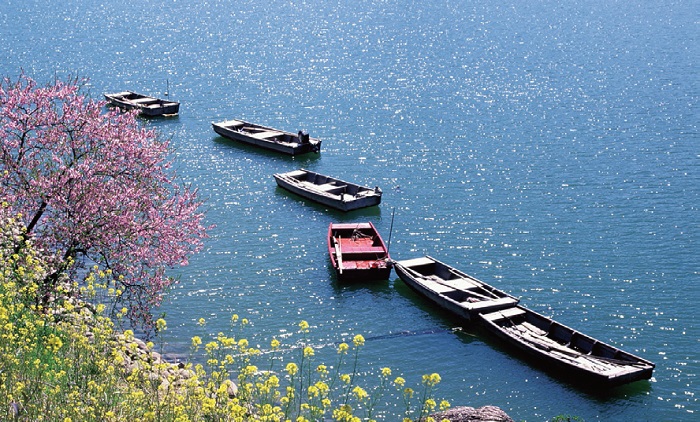 Poet Kim Yong-taik, whose work extols the beauty of the Seomjingang River and the virtues of the people who live on its banks, described his home town of Jinme Village, a humble farming community along the Imsil stretch of the river, as a place of small fields and humble riverine villages nestled amidst the mountains. Like elsewhere in Korea, the Seomjingang region is no stranger to development, but there are few places in the country that have the simple rural beauty of a landscape that has been so well preserved. To experience pastoral bliss at its finest, hike the roughly 9 km stretch of river from Jinme Village to Janggumok. 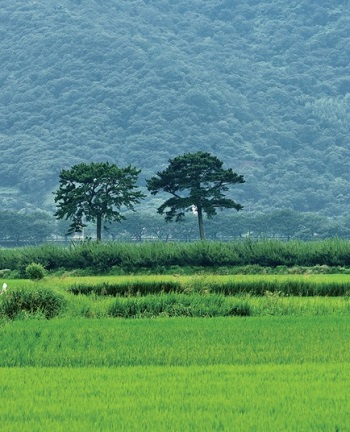 Riding the Rails to Yesteryear

Further down the river from Imsil is the small rural town of Gokseong, where you can explore the beauty of the river via a special, tourism-use steam locomotive. The train runs along a 10 km track from old Gokseong Station to Gajeong Station and back. The 90-minute trip (including a 30-minute stop at Gajeong Station) takes passengers past some lush, colorful countryside. Gokseong Station, a historic train station built in the 1930s, is now the centerpiece of Seomjingang Train Village, a small theme park with some pleasant gardens, fountains and rides for the kiddies. If you’d prefer something a bit closer to the ground, there are four-person rail bikes available, too. This is a much shorter course, running 5.1 km from Chimgok Station to Gajeong Station. There are also parallel hiking trails that run along the river, each one with a different theme.

Still further down the river is the town of Gurye, the point of entry to Jirisan National Park. In addition to its scenic beauty, the town is famous for its musical heritage. It is especially known as one of the heartlands of pansori, a form of lyrical storytelling. There’s a school and performance hall in Gurye, the Dongpyeongje Sori Jeonsugwan, where you can see performances and, if you’re up to it, take lessons. 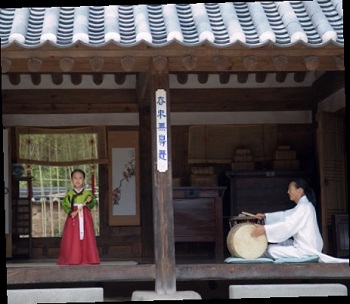 As the Seomjingang nears its estuary in the Gwangyangman Bay, it passes through the countryside of the towns of Gwangyang and Hadong; in fact, the river forms the border between the two towns and, as geography would have it, the province of Jeollanam-do to the west and Gyeongsangnam-do to the east.

On the Hadong side of the river, the northern stretch passes the Hwagye Valley, which eventually leads to the important Buddhist monastery of Ssanggyesa, in the foothills of Mt. Jirisan. The temple interior is impressive enough to warrant its own visit, but for those passing through, the valley in front is lined by wild green tea farms, a legacy of the first Buddhist monks who brought tea seeds from China.

Just below that is the village of Pyeongsa-ri, where you’ll find Pyeongsari Park, a popular rest area. The area around Pyeongsa-ri is best known in Korea as the backdrop to the novel Toji, written by late author Park Gyeong-ri from 1968 to 1994. Several places mentioned in the novel, including the late Joseon residence of Choe Champan, have been preserved and are open to visitors. Photographers, meanwhile, flock to capture the village’s famous “Couple Pines,” two pine trees that stand alone amidst a large rice field. 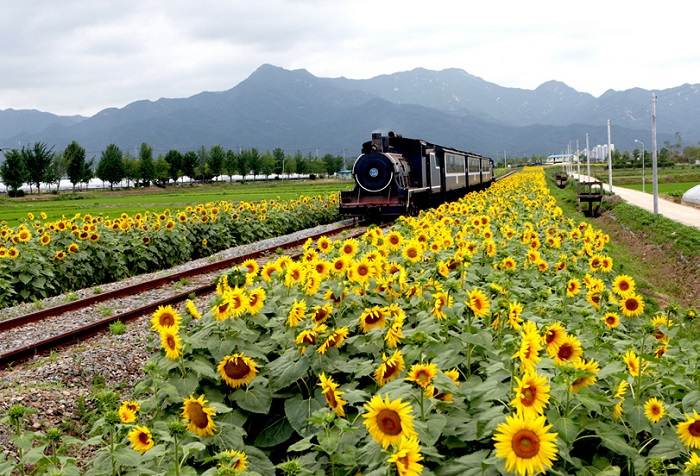