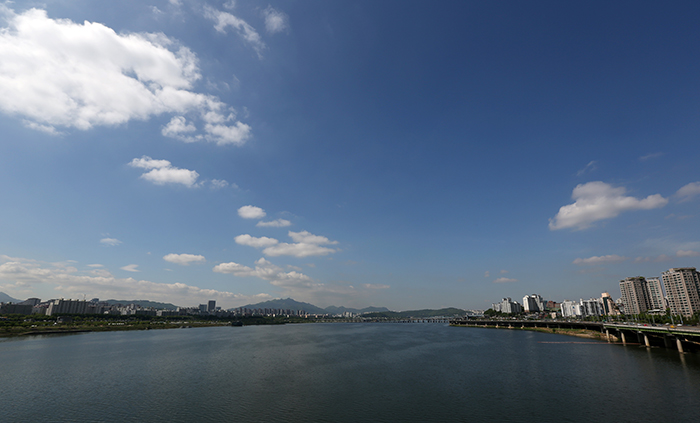 Under a bright clear sky on April 30, views of the Banpo Bridge, and even as far as the Hangang Railway Bridge far to the west, can be seen from the Hannam Bridge. (photo: Jeon Han)

After a few days of April spring showers, the skies over Seoul have now dried.
Rain soaked most of the metropolis over the past three days, transforming the previously “yellow dust”-covered capital into a new world of puffy white clouds and big blue skies. The Korea Meteorological Administration forecasts clear and warm weather until May 3, capped by one more light sprinkling on May 6. The upcoming four day-long weekend, including Children’s Day on May 5 and Buddha’s Birthday on May 6, will have fine weather with a smattering of high clouds. 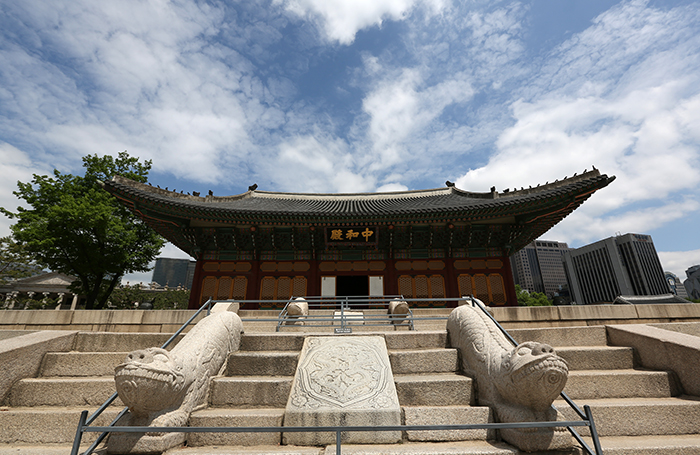 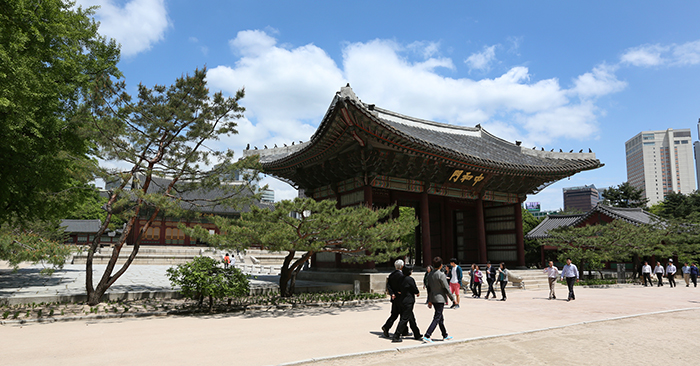 Workers from the nearby office blocks enjoy a stroll around Deoksugung Palace under clear blue skies on April 30. (photo: Jeon Han)