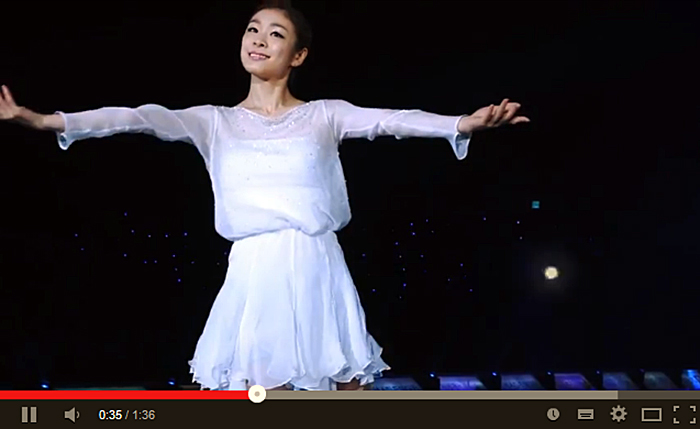 Kim Yuna dances to her own version of “Let It Go” from the “Frozen” soundtrack. (captured image from the SamsungCEKorea YouTube channel)

In a recently released commercial for Samsung Consumer Electronics’ new Smart Air Conditioner Q9000 on YouTube, Kim Yuna performed on ice in time with her own voice singing the song.

Her voice resonates while she moves gracefully, yet powerfully, in time with the song, satiating her fans’ thirst to see her in action once again after the Sochi Olympic Games 2014. After a spiral that takes up the larger part of the ice rink, she closes with a spin as the screen shows shots of her recording “Let It Go” in a studio and having her hair and makeup done while prepping for the shoot. On the second day of the video’s release, it reached over 430,000 views. 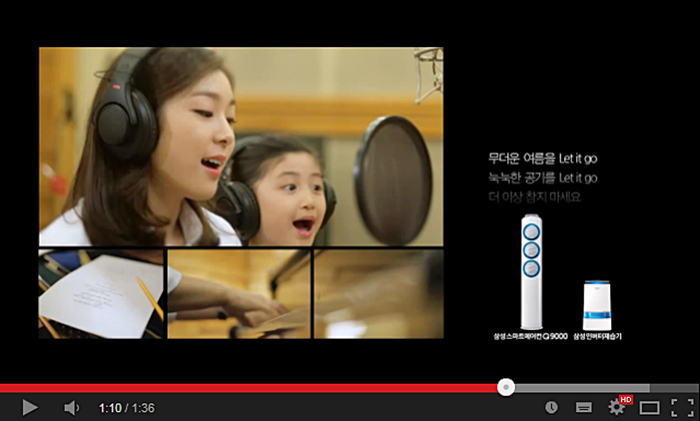 Kim Yuna records “Let It Go” from the “Frozen” soundtrack in a studio with a children’s chorus. (captured image from the SamsungCEKorea YouTube channel)

Fans loved the short commercial of 1 minute and 36 seconds, leaving comments like, “Yuna is just perfect,” “Please upload the full length video,” and, “Queen of figure skating is the queen of singing too.”