This is the seventh part of our “Food Tourism” series. Korea.net introduces readers to the local delicacies and to the culinary history of each province. Today, we bring you to Gyeongsangbuk-do (North Gyeongsang Province).
Gyeongsangbuk-do is the center of the ancient Silla Kingdom (57 B.C.- A.D. 935) that unified the peninsula’s three ancient kingdoms for the first time, spreading across the peninsula. Gyeongsangbuk-do’s Gyeongju, the capital city of the kingdom for 1,000 years, is one of the most frequented travel destinations for school or family trips, and is one of the most popular historical sites in the country. The ancient capital can be compared to Rome in both its era of prominence and the preservation of its artifacts. The city and its surrounding region is home to more than 500 significant historical assets, including numerous national treasures and natural monuments. Also, more than 20 percent of the nation’s Confucian buildings, such as temples and schools, are located in the region. Thanks to these abundant cultural and historical resources, the province of Gyeongsangbuk-do sees an endless flow of tourists, from both Korea and abroad, all year round. 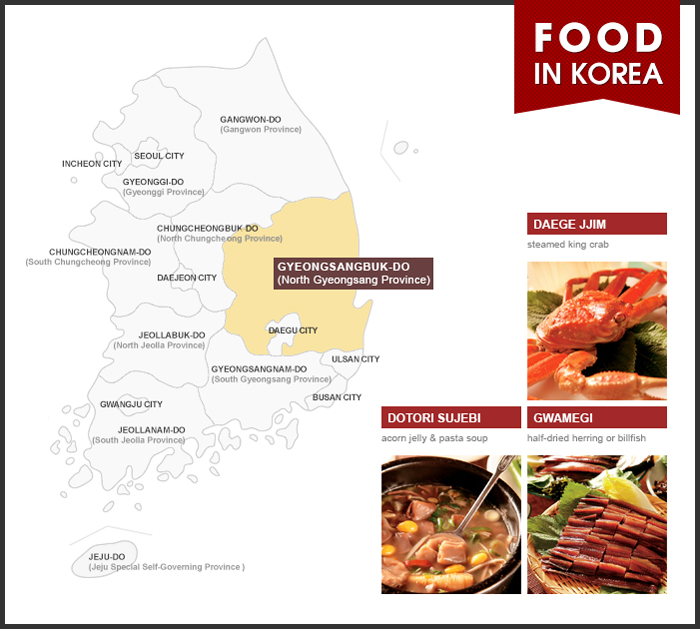 The East Sea, unfolding along 300 kilometers of beautiful coastline, attracts even more visitors during the summertime. The picturesque scenery along the coast is not the only awe-inspiring view for the traveler. A visit to Gyeongsangbuk-do will not be complete without a sampling of many of the local delicacies. The region’s unique cuisine is made possible by the combination of sun, wind and clouds and the skillful hands of indigenous chefs.

Below, we introduce three must-eat dishes from Gyeongsangbuk-do. 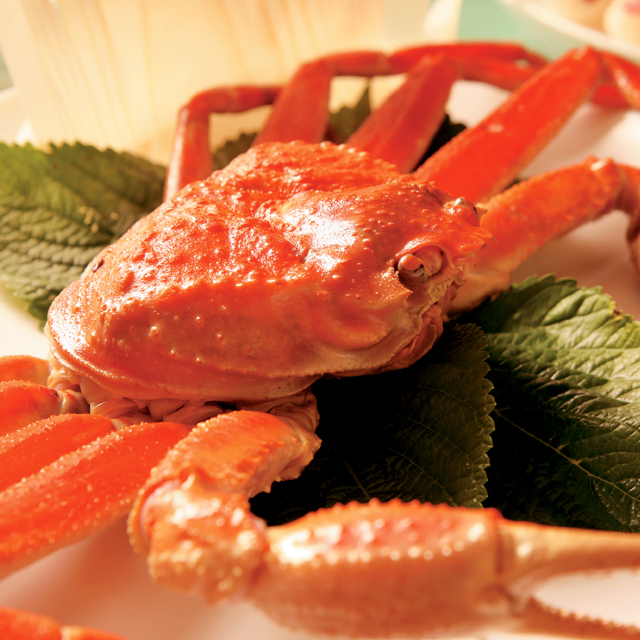 Gyeongsangbuk-do’s Yeongdeok-gun (Yeongdeok County) is known for its quality and quantity of daege, or king crab. One of the reasons is that the region provides a suitable environment in which the daege can live. The water immediately off shore falls to a depth of between 110 and 250 meters, with plenty of plankton and microorganism for the crabs. The popularity of daege can be evidenced in Gangguhang Port, which hosts nearly 200 daegerestaurants. In the spring, especially between March and April, visitors from all across the nation take the long way around to find fresh daege, causing serious traffic jams in the neighboring areas.
The “dae” in daege does not come from the word “big,” but from the word daenamu, or bamboo. A typical daegefrom the Yeongdeok region can stretch its legs long enough to look like a bamboo branch. The story goes that a king from the early Joseon era (1392-1910) tasted daege for the first time, served on his table as a local specialty, and it was delicious enough for the king to lose his normal formality and to enjoy the dish like a commoner.
Daege tastes best when it is steamed, without any additional sauces or condiments. Steaming the crab in a big pot for a specific period of time is the only thing required. Remember that the crab should be positioned with its abdomen pointed upward so that the crab does not lose any of its juices. The crabs sold in Gangguhang Port are labeled with special tags as a way to distinguish them from crabs from other parts of the nation, inspiring confidence in the patrons. 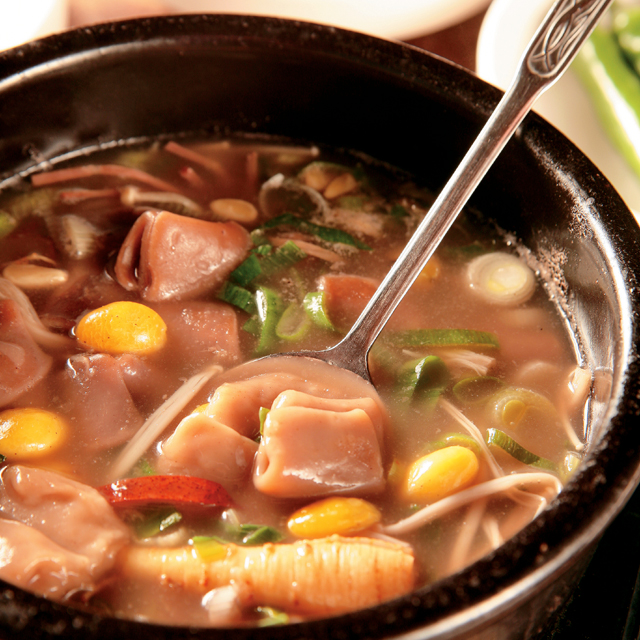 Dotori sujebi is a pasta soup with acorn jelly. It was created by people in Goryeong-gun (Goryeong County) during one of their many attempts to avoid starvation. The dish is nowadays regarded as a healthy food. In the past, when locals would notice an ill change in the wind, the people of Goryeong would go up the mountain to collect the acorns, an important food source to help survive the harsh winter.
The acorns were dried in the sun, soaked in water several times to remove the bitterness and then crushed into a powder. The powder was used to make acorn jelly, or was sometimes mixed with flour or rice flour and transformed into rice cake, ddeok, or sujebi, a style of hand-torn pasta. The combination of acorn and the dough was developed into a dish even more delicious and nutritional. The acorn powder was made chewier when it was mixed with potato flour and glutinous rice flour. The broth comes from boiling beef backbones for more than 20 hours and is then combined with other nutritious ingredients, including ginseng, jujubes, mushrooms, pine nuts and ginko nuts.
Dotori sujebi, with its increased level of nutrients, health and taste, is beloved by all visitors to the province. It is especially good for those who have intestinal weaknesses and those who bloat easily. 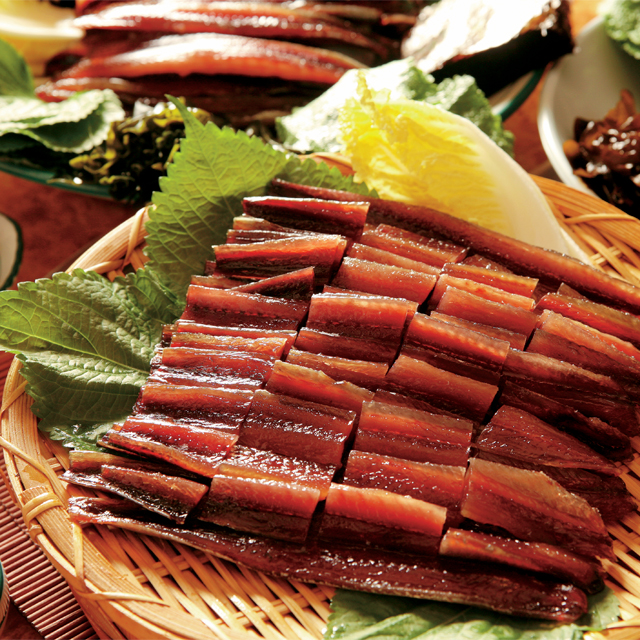 Yeongilman Bay in Pohang is full of seaweed. It sees schools of herring that come there to spawn in the winter. The people of the bay were always concerned how they would be able to store the winter fish. One day, somebody accidently discovered a very useful way to store fish for a little longer. The people would hang the herring on a lattice wood frame, good for ventilation. Frozen because of the freezing temperatures, the herring was thawed during meal time by cooking and were thus naturally half-dried. The eco-friendly freeze-drying process was improved and enhanced over the years. People began to dry the fish under direct sunlight during the daytime and in the chilly wind during the nighttime.

Nowadays, the herring is often replaced with the more prevalent billfish. Usually, a piece of dried fish was wrapped in sea mustard with sliced garlic and chives and then dipped in soy sauce with vinegar for serving. The condiments and vegetables served with the fish help remove the “fishy” smell.