“We will never forget this day.”

So said the ladies’ short track team which grabbed a golden triumph in the 3,000 meter relay finals on February 18.

The five members of the team—Shim Suk-hee, Kim Alang, Park Seung-hi, Cho Ha-ri and Kong Sangjeong—came from behind with only half a lap to go and made it first across the line at the Sochi Iceberg Skating Palace. According to the time keeper, the Korean team crossed the line in 4 minutes and 9.498 seconds. 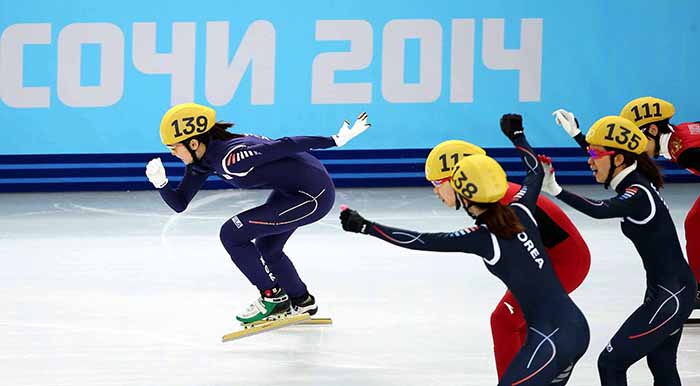 Shim Suk-hee leads a dramatic finish by catching up with Chinese skater Jianrou Li in the ladies’ 3,000 meter short track relay finals on February 18. The other two members of Team Korea celebrate their win. (photo courtesy of the Korean Olympic Committee)

The final round of the ladies’ 3,000 meter short track relay was a dramatic race.

Park Seung-hi, winner of the bronze medal in the ladies’ 500 meter final, was skating the first leg for Team Korea. Seeming to be a bit burdened and under more pressure than in the individual event, Park jumped the gun with a false start. On the second start, with the race now started, she powered into pole position. Korea stayed at the front as the baton was handed over, so to speak, to Shim Suk-hee, to Cho Ha-ri and to Kim Alang. With 16 laps to go, the team was racing neck to neck with China, exchanging the lead spot back and forth, drawing cheers from the crowd. Shim Suk-hee celebrates as their gold was confirmed in the ladies’ 3,000 meter short track relay at the Sochi Olympics on February 18. (photo courtesy of the Korean Olympic Committee)

With only three laps left, Team Korea gave way to China once again. The team’s final hopes fell on the shoulders of finisher Shim Suk-hee, pushed into the final leg by Park Seung-hi. With Park falling behind, Shim began her spurt for the finish line. With only a half lap to go in the race, Shim caught up with her Chinese rival by accelerating around the outside and crossed the finish line first.

“I am happy that we can celebrate it together,” said Shim after the race. “In the final, I had just one thought in my head, that I must get to the front.” When asked about how confident she was, she said, “I tried to have a positive mind at the start of the race.” 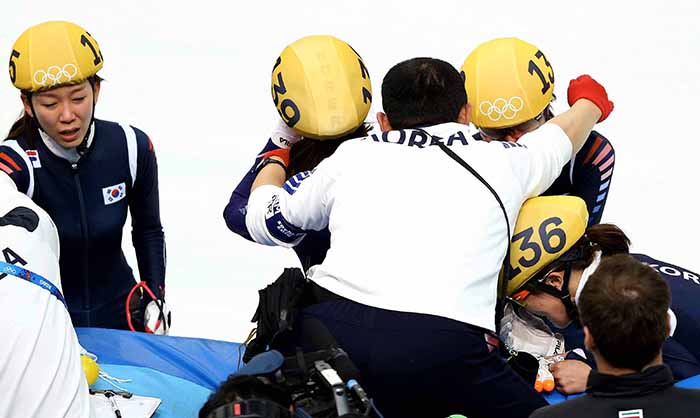 “We have endured hard times for this happy moment,” said Cho Ha-ri, recalling the past four years of training. “I will never forget today. We dreamed about this day for such a long time. I am so happy and am frankly mystified with today’s great result,” she said, barely able to hold back the tears. 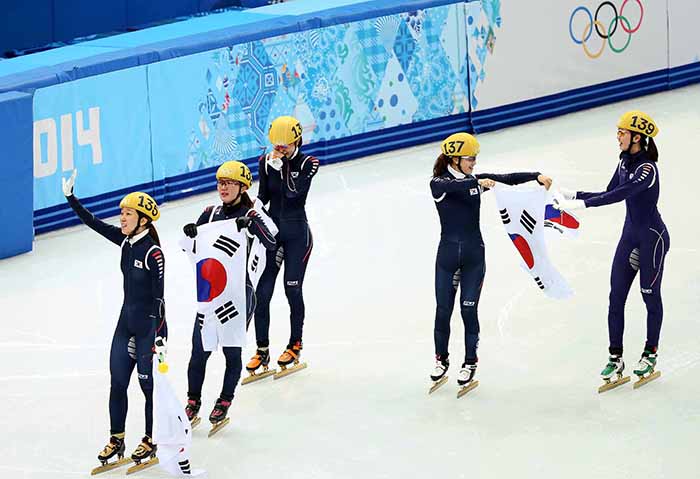 The ladies’ short track team waves to the spectators as it does its celebratory lap around the ice rink holding the Taegeukgi at the Sochi Olympics on February 18. (photo courtesy of the Korean Olympic Committee)

With the win, skater Kong Sangjeong, who raced in the semi-final on February 10 and is part of the winning team, became the first naturalized gold medalist in Korea’s Olympic history. Kong, an ethnic Chinese who used to hold Taiwanese nationality, naturalized as a Korean in 2011. In an interview after the win, Kong said, “I am so, so, so happy. It has all paid off, the hard work we endured.” With a gold medal around her neck after the award ceremony, Kong added, “I was worried that I would be short of power to push the others. I am so happy that it all went well with no mistakes.” 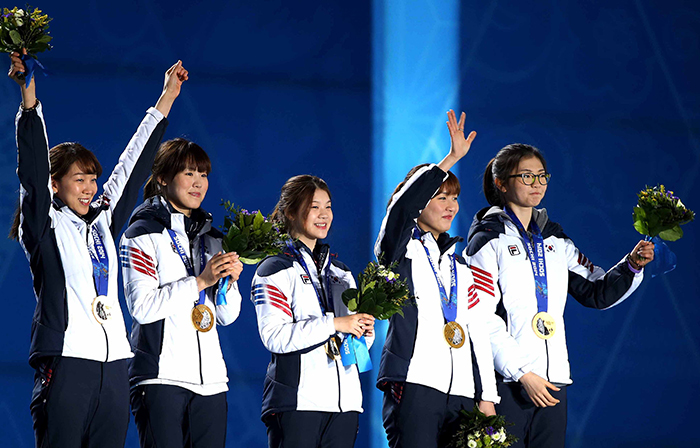 The ladies’ short track team smiles with their gold medals around their necks during the award ceremony at the medals plaza in Sochi, Russia, on February 18. The winners are, from left: Cho Ha-ri, Kim Alang, Kong Sangjeong, Park Seung-hi and Shim Suk-hee. (photo courtesy of the Korean Olympic Committee) 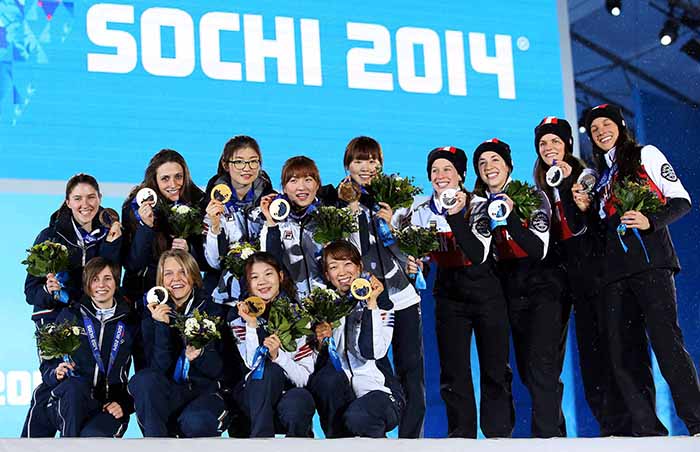 After the award ceremony for the ladies’ 3,000 meter short track relay at the Sochi Medals Plaza, the winning Korean team posed for a group photo with the silver-winning Canadian team (right) and the bronze-winning Italian team. (photo courtesy of the Korean Olympic Committee) 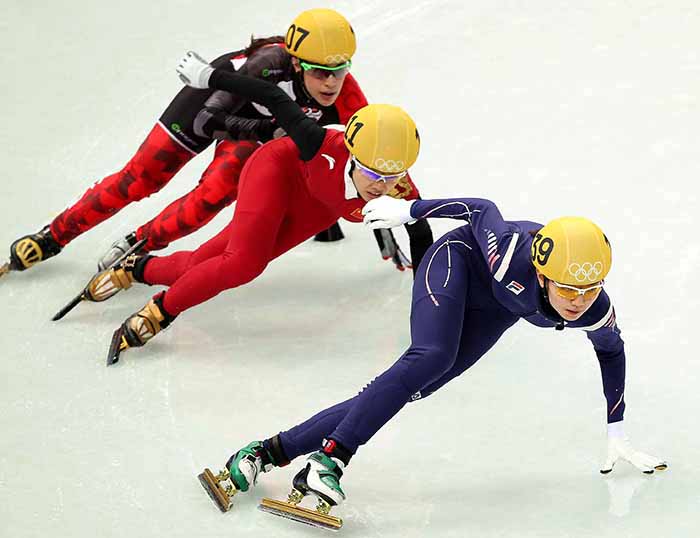 Shim Suk-hee returns to the lead in the ladies’ 3,000 meter short track relay at the Sochi Olympics. (photo courtesy of the Korean Olympic Committee)