The late Joseon Dynasty is known for its Jingyeong landscape paintings. Jingyeong, or “true image,” landscape paintings were developed during the late Joseon Dynasty (1392-1910) over a 160-year period from about the 1670s to the 1830s. This era is characterized by artists who depict the “true landscape” of natural objects, like mountains and rivers, with “realistic” brush strokes that are vividly descriptive of nature, topography and the sentiment of the time. Such Jingyeong landscape pieces are considered to enshrine not only natural features, but everyday life and the spirit of the Joseon period. A great Jingyeong era landscape painter, credited with pioneering this realistic painting style, is now being featured in a special exhibition titled “The Album of Jeong Seon Returns to Korea” at the National Palace Museum of Korea. The Jingyeong era stretches from the reign of the 19th Joseon monarch, King Sukjong (r. 1674-1720), through to the final years of the 22nd and 23rd Joseon monarchs, King Jeongjo (r. 1776-1800) and King Sunjo (r. 1800-1834). It was believed that all Jingyeong paintings had been discovered. However, a recent collection of paintings has recently re-appeared in Germany. A collection of 21 paintings by Jeong Seon (鄭敾) (1676-1759) who went by the penname Gyeomjae (謙齋), was revealed to the public for the first time on November 26. 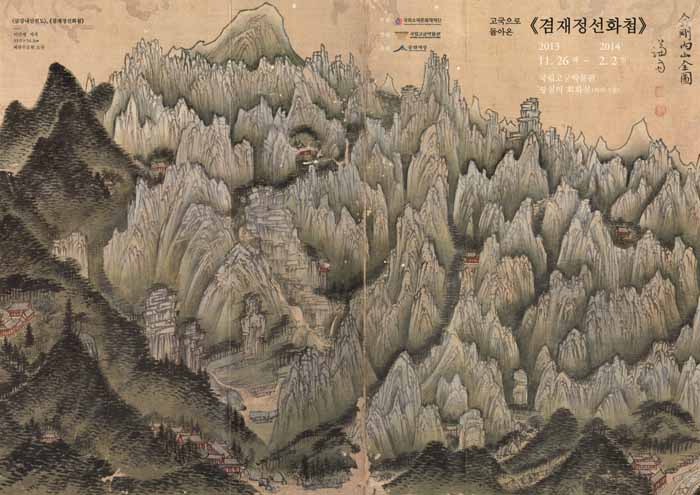 The exhibition “The Album of Jeong Seon Returns to Korea” is under way at the National Palace Museum of Korea until February 2 next year. The 21 masterpieces include landscape paintings and portraits depicting ancient figures. The story behind the exhibition’s unveiling spans continents and decades. It is believed that Norbert Weber (1870-1956), head of the St. Ottilien Archabbey monastery in Germany, purchased the collection at an antique shop in Myeong-dong, central Seoul, in 1925 during his stay in Korea. The collection remained unnoticed in Germany for over 50 years until a Korean graduate student, former Ewha Womans University professor Yoo Jun-yeong, stumbled across it and wrote his thesis about the collection of landscape paintings. In 2005, the St. Ottilien Archabbey agreed to return the otherwise undiscovered historical legacy to Korea on a permanent-loan basis. The book of paintings, finally unveiled eight years after its return, contains paintings that show Jeong Seon to be the best landscape painter of his time. The exhibit includes his “Geumgang jeondo” which portrays a bird’s eye view of Geumgangsan Mountain, and others which depict the Manpokdong valley and the Guryong waterfalls at the mountain. The museum will turn a page in the album each Tuesday, with a photoprint of each piece on display adjacent to the original to help viewers get a whole picture of the 21-piece oeuvre. The exhibition offers free admission and continues until February 2 next year at the National Palace Museum of Korea. 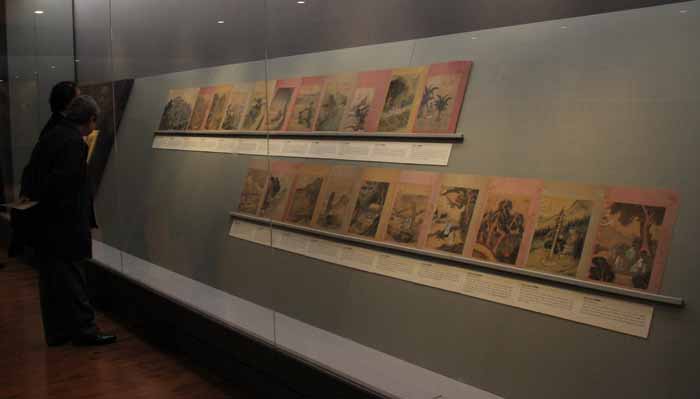 Visitors appreciate the album of Jeong Seon’s paintings, on display at the National Palace Museum of Korea. (Photo: Sohn JiAe)

Theme Park
About the author