Hungary masterpieces on display in Seoul

Hungary has experienced a turbulent history from the 17th to the 19th century as it was under the control of the Habsburg Empire. Hungarian aristocrats adopted Western culture under the rule of the Habsburgs. Since the dual monarchy of Austria-Hungary was founded in 1867, with Hungary recognized as an equal partner, Hungary’s economy and culture started to prosper. A special exhibition to introduce the majestic culture of the Habsburg Empire and Hungary and its aristocrats and historical figures is now underway at the National Palace Museum of Korea in central Seoul.

The artifacts on display at the exhibition, titled the “Magnificent Life of Hungarian Aristocracy under the Reign of the Habsburg Dynasty, in the 17-19th Century,” were produced during that period. These collections are on loan from the Hungarian National Museum. 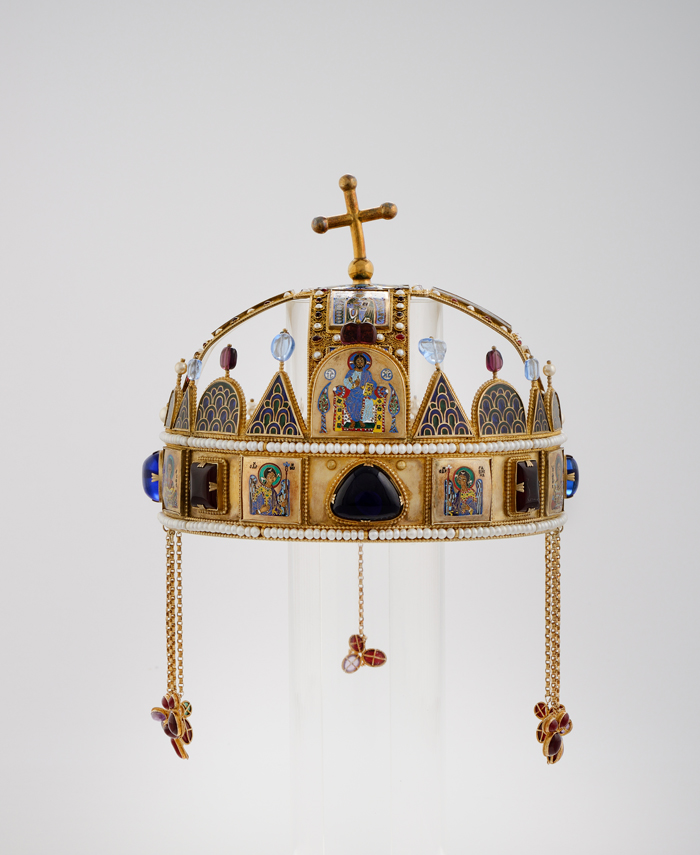 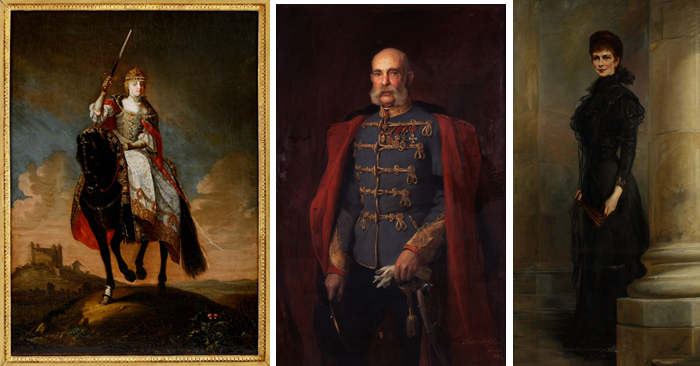 (From left) Portraits of the Habsburg family: Maria Theresa, King Franz Joseph I and Queen Elisabeth (photo courtesy of the National Palace Museum of Korea)

The exhibition is divided into five different themes. Firstly, the “Habsburg Monarchy and Hungarian Aristocratic Society” section showcases the Holy Crown of Hungary, the symbol of Hungarian royalty. Legend says that the crown was given to Hungarian King Istvan I during his coronation ceremony in A.D. 1000. It is one of the oldest crowns in existence and the real version of this replica is kept in the Hungarian National Assembly.

There are also portraits of the Habsburg family which ruled Hungary for over 300 years. The portraits are of Maria Theresa (r. 1740-1780), King Franz Joseph I (r. 1848-1916) who was involved in the beginning of World War I and his wife Queen Elisabeth who was known for her beauty.

In the portrait, Franz Joseph wears a black ribbon on his arm in mourning for his beloved wife Elisabeth. The queen, who was also known as Sissi, was also often clad in black, as shown in her portrait, in mourning for her son Rudolph. There are also paintings and illustrations that depict historic events. 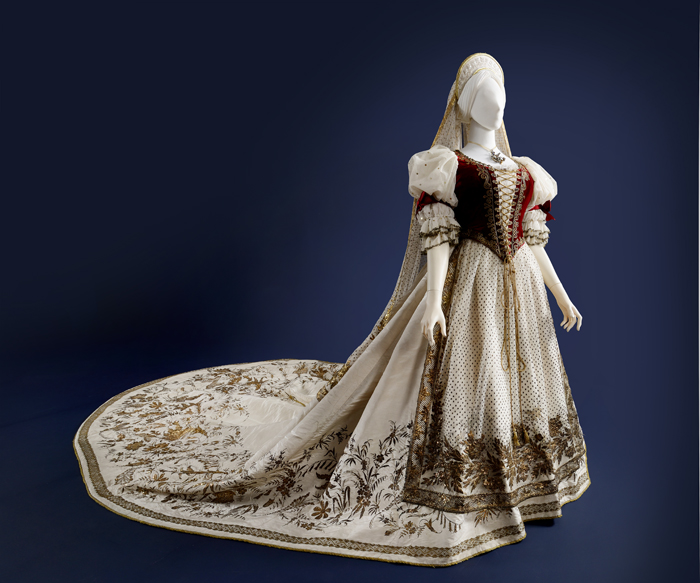 The second section, “Clothing of the Hungarian Royal Family and Nobility,” features an elegant gala dress worn by Stefania Prandau at Franz Joseph’s coronation. The dress is designed with traditional Hungarian motifs and is made of white silk with a wave pattern and flower and leaf embroidery.

Forming a fashionable silhouette at the time, the black coat worn by Queen Elisabeth is designed to emphasize a curvy figure by reducing the waist and thereby exaggerating the bust and hips. There are also on display a fan, a napkin and a bonnet worn by the queen. A gilt-silver belt produced in the 18th century shows a high level of detail and refinement. There are also men’s gala clothes, a dressing commode and various types of accessories including pendants and jewelry. The third section, “Lives of the Hungarian Royal Family and Nobility,” shows how glamorous the lives of Hungarian aristocrats were. Dinnerware made of gold and silver, finely crafted glass, a set of cutlery, bed sheets and rugs are all on display. Nobility in 18th century Hungary used silverware produced in Vienna and the use of a cutlery set including fork, knife and spoon became popular at the time.

The fourth section, “Weapons of the Hungarian Royal Family and Nobility,” features a variety of weapons including swords, guns, sabres, maces and armor. From the 17th to 19th centuries, when external and internal wars were frequent, it was normal for the Hungarian king and nobility to decorate themselves with weapons in the hope of victory.

The emperor’s armor, helmet and shield were used by Habsburg kings and they are decorated with gilt patterns of vines and flowers. An ornamental sabre is made of gold, silver and steel and has the inlaid decoration of a Hungarian king. Sabres, with their curved blades, were the most used weapons in Hungarian wars at the time. A variety of gunpowder weapons were used and they were often decorated with inlaid mother-of-pearl and jewels.

The emperor’s armor, helmet and shield (photo courtesy of the National Palace Museum of Korea)

The fifth section, “Religion of the Hungarian Royal Family and Nobility,” shows the Catholic culture of Hungary, which obeyed the pope for five hundreds of years. There are a silver reliquary bust and a book cover decorated with jewels as well as rosaries and chasubles on display. The reliquary bust of Saint Emeric was one of the many reliquaries produced on the orders of Maria Theresa. To promote the legitimacy of the Habsburg family, many cases were produced with an ornamental design depicting Hungarian and Czech kings and saints across many generations.

“Hungary has a similar geographical position and history as Korea,” said Lee Gwi-young, director of the museum. “We hope this exhibition will help make people more acquainted with Hungary and its unique and beautiful culture.” 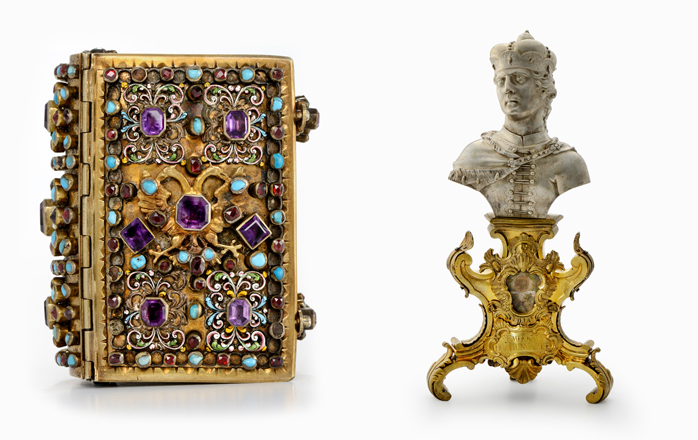 A book cover (left); the reliquary bust of Saint Emeric (photos courtesy of the National Palace Museum of Korea)

A special lecture on Hungary will be held at 2 p.m. on January 16, 2014, and cooking classes on Hungarian gastronomy will be held from 10:30 a.m. to 12:30 p.m. every Tuesday in January and February. For more information, contact the National Palace Museum of Korea at 02-3701-7633or visit its homepage (www.gogung.go.kr).

The exhibition is free of charge and continues until March 9, 2014. Opening hours are from 9 a.m. to 6 p.m. on weekdays and 9 a.m. to 7 p.m. on weekends and holidays. The museum is closed on Mondays.

museumtourWorlds Cultural Heritage
About the author