‘MERS risk to general public is low': WHO

The Middle East respiratory syndrome coronavirus (MERS-CoV) outbreak can be stopped, though it may take longer than anyone would want, said Margaret Chan, director-general of the World Health Organization, during a press conference in Seoul on June 18.

“So far, no genetic changes have been detected that could make the virus easier to transmit among humans,” said Chan. “The risk to the general public is considered low as long as transmission is occurring in a confined setting, like a health care facility.”

Chan explained that there have been similar examples in Saudi Arabia, which suffered a large outbreak of MERS in its hospitals. She also said that there were tertiary and quaternary infections, but it did not lead to an epidemic. 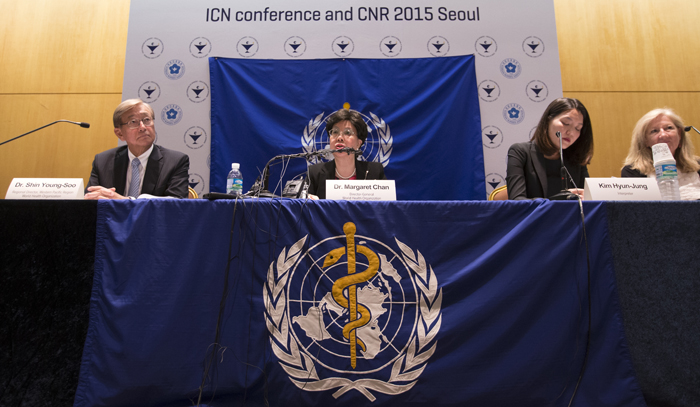 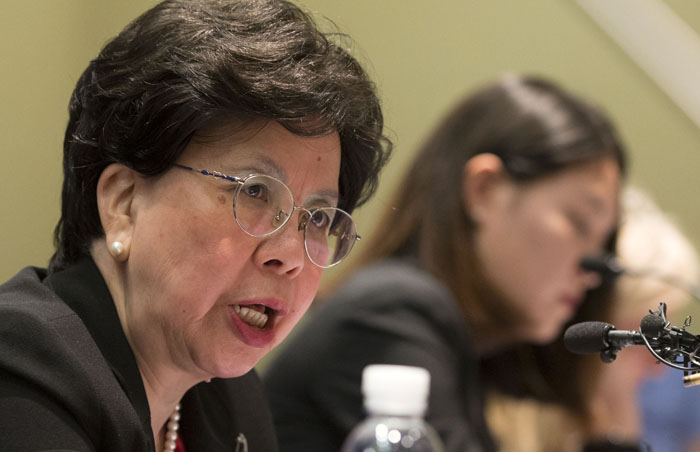 In a press conference at the COEX convention center in southern Seoul on June 18, Margaret Chan, director-general of the World Health Organization, said that the MERS-CoV outbreak can be stopped, though it may take longer than at first thought.

Chan asked for a careful response to the MERS outbreak, as it is difficult to predict how it is going to progress. She said that, so far, scientists have not accurately figured out how it was transmitted and why some patients died while others survived. People need to pay utmost attention until the last cycle of infections is stopped, she emphasized.

“Early contact tracing was not sufficiently intense and this caused a further spread of MERS,” said the WHO director-general. She stressed that sharing information as quickly as possible is very important and that transparency can prevent speculative rumors from spreading.

“The [Korean] government has admitted a slow start in the early stages of the outbreak. The government is now on a very firm footing,” she said. “The response of health authorities has been exemplary. Few other countries in the world can do this.”