As a cold snap descends over the whole city of Seoul, the biting cold wind keeps many people indoors, bundled up, avoiding the outside.

For those who are looking for something exciting to do, however, and wish to fully enjoy the season, there are two options available in the city that they can enjoy with their family, friends and loved ones. 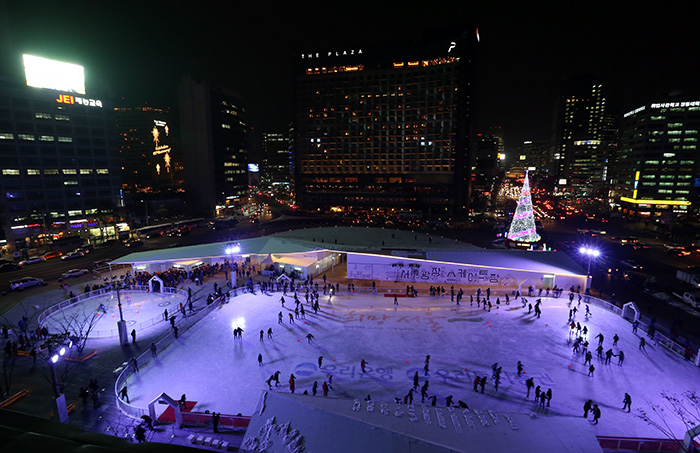 People skate on the ice rink opened in December last year at Seoul Plaza in front of Seoul City Hall, giving them a respite from the forest of buildings. 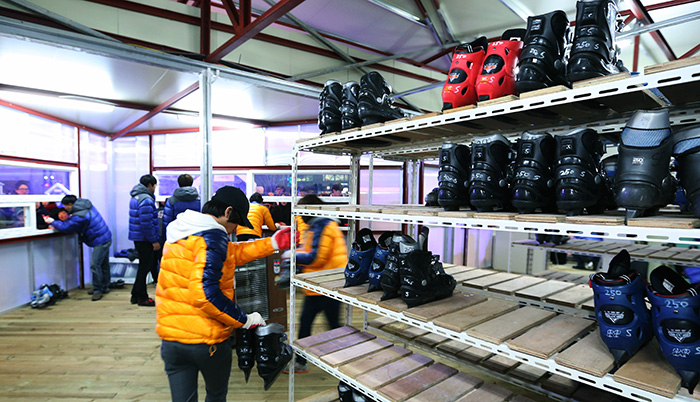 People enjoy skating at Seoul Plaza for only KRW 1,000 per hour. It includes the skate rental fee, too.

A skating rink will open its doors at Seoul Plaza in front of Seoul City Hall on December 19. On the opening day, everyone is allowed to skate for free.

Users pay KRW 1,000 per hour, including the skate rental. There are vendors around the ice rink selling bites to eat, too, like rice cake seasoned with chili paste, known as tteokbokki, fish cake, eomuk, and gimbap, a dish made with rice and various vegetables rolled in dried seaweed. 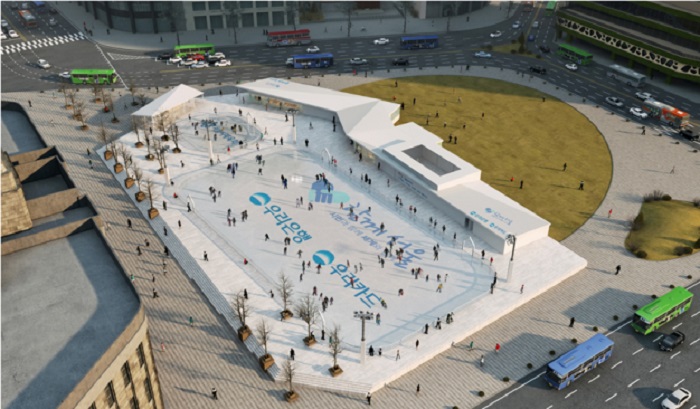 The Seoul Plaza skating rink will open its door to the public at 5:30 p.m. on December 19 and will stay open until February 8 next year.

There will be a variety of events when the skating rink is open, too, including performances and hands-on arts and crafts sessions. People will be able to make polar bear necklaces at the “A Glacier Floated Down From the North Pole” event.

On Christmas Eve, if you bring some old toys and children’s books for donation, you will receive a voucher for one free hour of skating.

The Seoul Metropolitan Government has opened the Seoul Plaza skating rink every winter since December 2004. 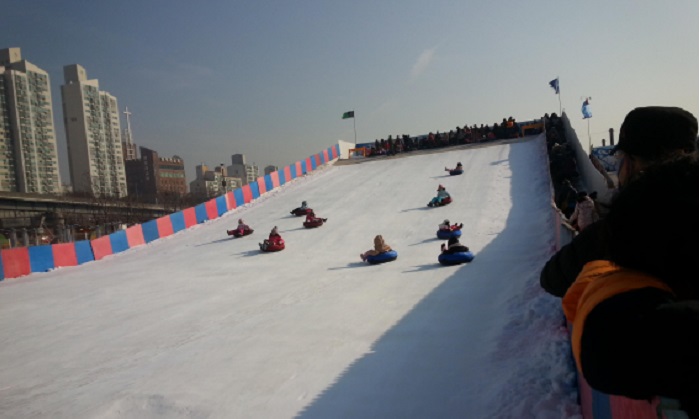 People have fun racing downhill at a sledding hill at the Ttukseom Hangang Park in Gwangjin-gu, Seoul. It opened its doors on December 18.

If skating is not your shtick, how about grabbing a plastic sled and sledding down a hill near the Hangang River?

A KRW 10,000 pass will allow sledders to enjoy four kinds of rides at a nearby small amusement park, too.

The sledding hill will run until February 15 next year.