A collection of letters handwritten in Hangeul by the future King Jeongjo (r. 1776-1800) when he was still a young child has recently been unveiled. Jeongjo was the eldest grandson to the then reigning King Yeongjo (r. 1724-1776) when the letters were written.

The National Hangeul Museum has recently published a collection of books containing modern interpretations of three books written in Hangeul by royals and an aristocrat from 18th century Joseon (1392-1910). They are “Letters of King Jeongjo,” “Gonjeoneopil, Writings of Queen Hyo-ui,” and “A Letter to the King by Lady Kim.”

Until now, only three out of the 16 Hangeul pieces in “Letters of King Jeongjo” had been unveiled to the public. This is the first time for all 16 letters to be made public, letters which the king wrote when both a child and when he sat upon the throne. The book contains the only remaining written Hangeul letters scribed by King Jeongjo. Among the remaining written examples of Hangeul, those written in a child’s handwriting are particularly rare. 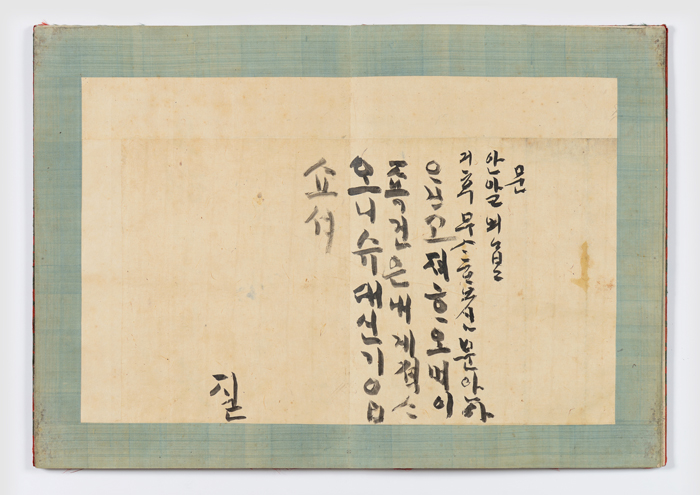 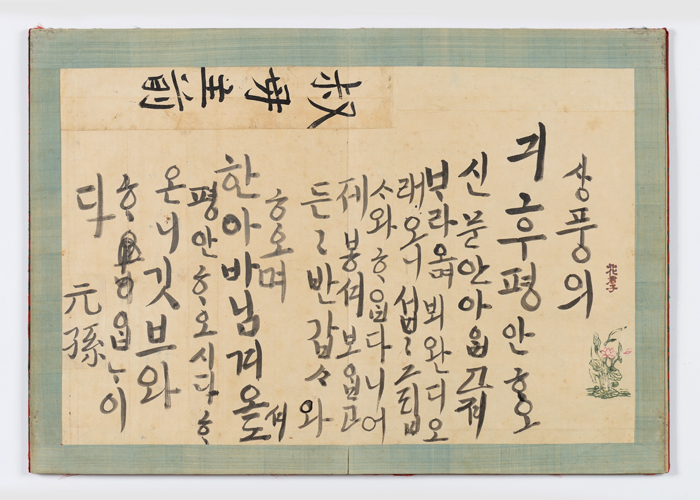 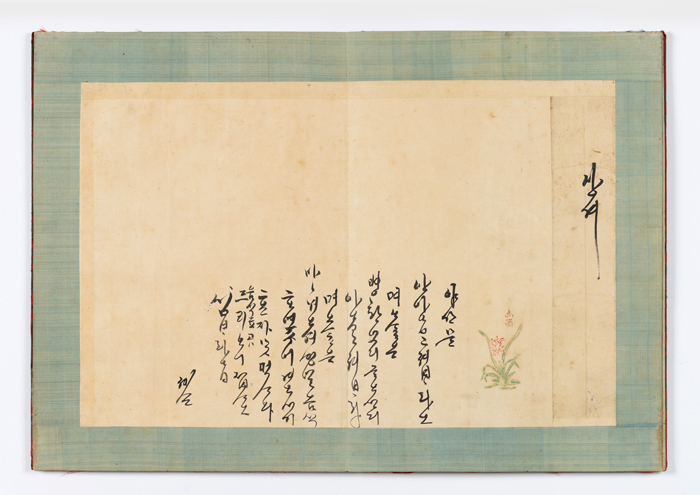 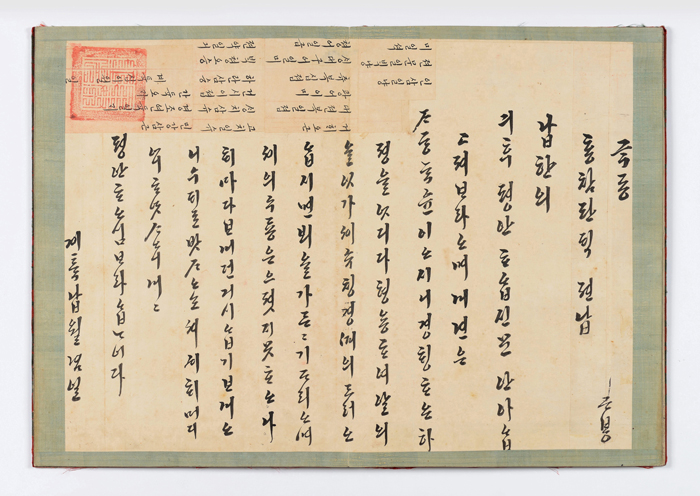 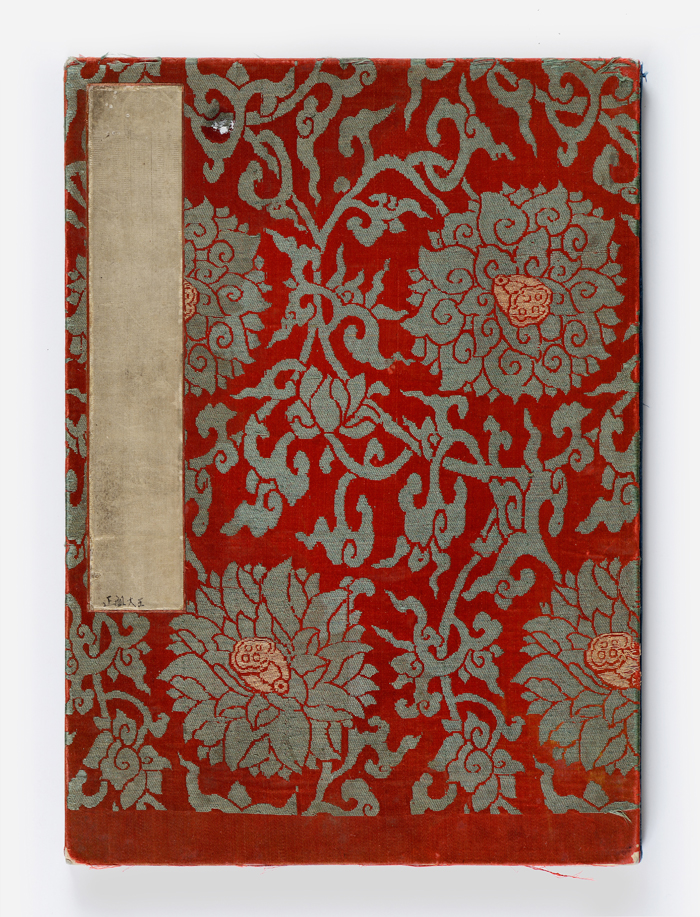 Letters handwritten in Hangeul by King Jeongjo are addressed to his aunt, who is the wife of his oldest maternal uncle and a member of Yeoheung Min clan.

The book contains the future King Jeongjo’s letters to his aunt, the wife of his oldest maternal uncle and a member of Yeoheung Min clan. In the letters, the young royal asked about the health and well-being of his aunt.

“With frosty wind blowing, I would like to ask how your mind and body are all well and send words of my sincere regards. It has been a long time since I saw you. I was sorry missing you. After receiving your letter yesterday, I feel reassured and happy to hear from you. I am glad to hear that my grandfather is also well. Signed: the eldest grandson of King Yeongjo,” reads the letter in the second photograph. 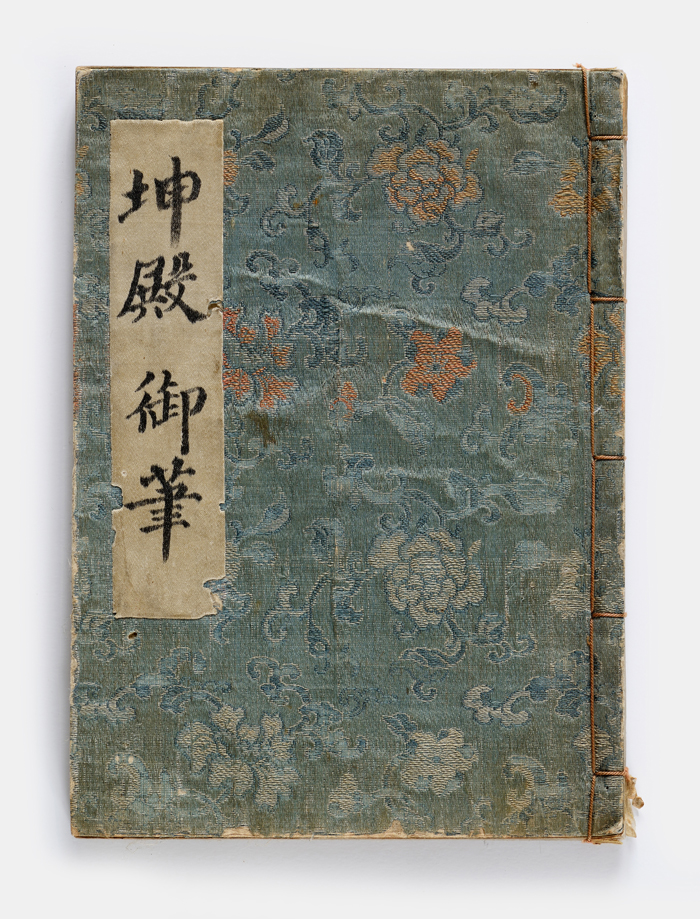 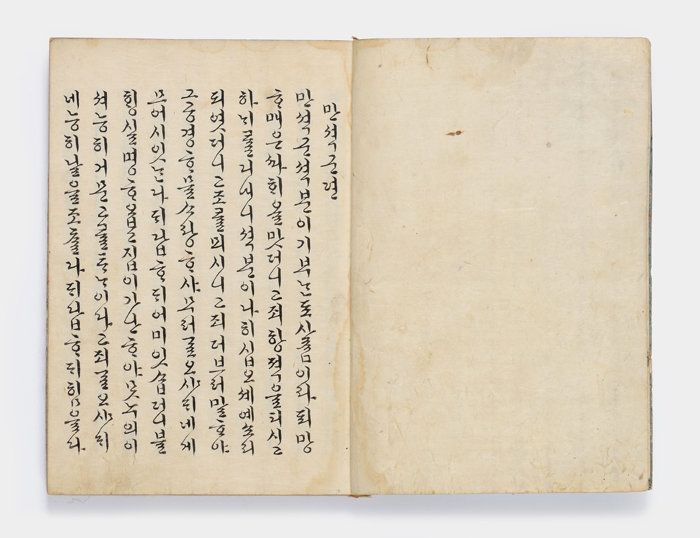 ‘Gonjeoneopil, Writings of Queen Hyo-ui’ is a Hangeul novel translated from an original version written in classical Chinese.

Along with the collection of the king’s writings, two other books were also recently made public. “Gonjeoneopil, Writings of Queen Hyo-ui” is a novel written by the wife of King Jeongjo. “A Letter to the King by Lady Kim” is a petition sent to King Yeongjo by the daughter of Kim Man-jung, whose penname was Seopo.

Lady Kim was married to Yi I-myeong, a late Joseon scholar who was given the death penalty in 1772. She wrote “A Letter to the King by Lady Kim” in Hangeul to King Yeongjo trying to save her grandson and brother-in-law from punishment. She wrote the petition in block letters with great care. The letter is 160 centimeters wide and 81.5 centimeters long. The letter demonstrates the desperate emotion of an aristocratic woman who has been swept away in the partisan strife and political turmoil of the times.

“Gonjeoneopil, Writings of Queen Hyo-ui” has been revealed to the public for the first time. Queen Hyo-ui (1754-1821), whose surname was Kim, had her nephew Kim Jong-seon translate two ancient Chinese novels — “Manseokgunjeon” and “Gwakjauijeon” — into Korean. She then personally wrote the book in Hangeul based on his translation. The book contains footnotes explaining her motivation to write the book by herself and why she bestowed the book to the Kim clan of Cheongpung, Chungcheongbuk-do (North Chungcheong Province).

These books are pieces of historical evidence that reveals that the royals and aristocrats of late Joseon times often used Hangeul in their daily life.

“Letters of King Jeongjo” and “A Letter to the King by Lady Kim” can be seen in the museum’s permanent exhibit.

For more information about the exhibit, please call (02) 2124-6200 or visit the National Hangeum Museum’s homepage (https://www.hangeul.go.kr/main.do).