Normandy landscapes to be spotlighted in Seoul

Paintings that portray the nature and scenery of Normandy, the coastal region of northwestern France, will be brought together in Seoul.

The “Landscape Paintings: Monet, Corot, Turner, Boudin, Courbet” exhibition, set to open at the Seoul Arts Center in southern Seoul on November 22, will shed new light on works by Impressionist painters who, in particular, painted that region’s surroundings. 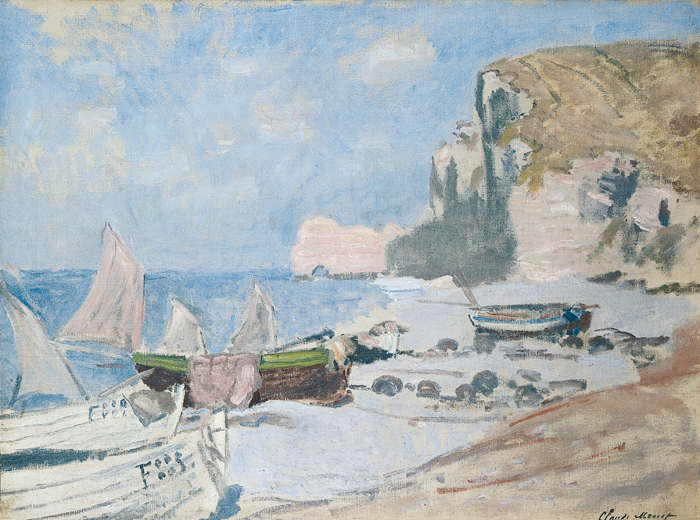 Among the paintings on exhibit, there are a series of landscapes by Claude Monet (1840-1926). He is representative of Impressionism, the late-19th century art movement, and his paintings quite often feature his favorite fishing village, Etretat, in Normandy.

The paintings deliver an impressive depiction of the sea, on which sunshine is gleaming against a cliff behind. He was able to capture the shifting interplay of light, the sky, the clouds and the waves.

It was Eugene Boudin (1824-1898) who showed Monet the way to paint. The upcoming exhibition features a series of masterpieces by Monet’s teacher and inspiration, to whom Monet often said he would owe it all if he were ever to be called a genuine painter.

His works on display include “The Beach at Trouville,” an 1885 painting that depicts the beach at Trouville swamped with a crowd, and “Cows,” an 1888 work of art in which he portrays cows rambling idly through a pasture.

Boudin first came to know Monet and his outstanding talent for painting when Monet was a teenager. Boudin convinced Monet to come with him to the coast and to start drawing its scenery. His teaching laid the foundation for Monet to grow into a great painter who helped Impressionism thrive. 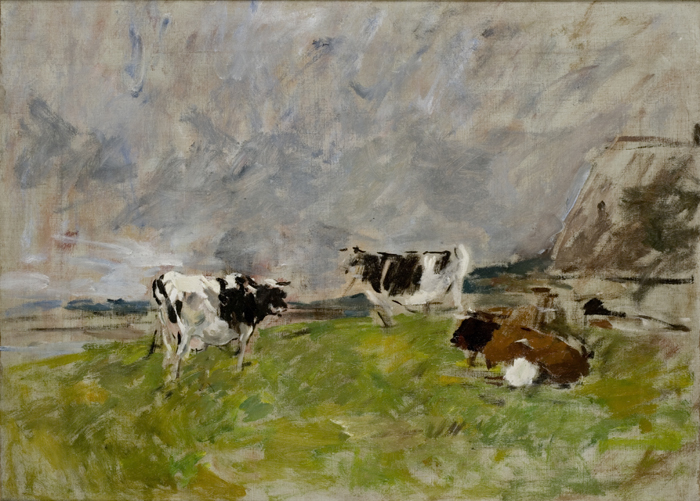 Besides Monet and Boudin’s, landscape paintings by other artists, such as Camille Corot (1796-1875), Joseph Mallord William Turner (1775-1851), Raoul Dufy (1877-1953) and Gustave Courbet (1819-1877), are also on exhibit. They all fell in love with Normandy and left behind a number of landscapes that depicted the peaceful region using their own palette of colors.

The exhibition continues until February 15, 2015.