In every office and atop every desk in Korea, there is a ballpoint pen of the same design. It has a long, white hexagonal body, a black, blue or red button at the end and a cone at the tip. It is adorned with a three-digit number: 153. This is the Monami 153 ballpoint pen.

Taking just a quick glance at it, it seems to be just one more ballpoint pen. Since its first launch in 1963, however, more than 3.6 billion units of this pen have been sold, as of 2013. Many years ago, the introduction of computers, printers and photocopiers freed people from having to hold a pen in their hand, but many in Korea still show strong affection for this writing implement.

The maker of the Monami 153 ballpoint pen is Monami, a Korean maker of stationery, writing materials and other such office supplies. 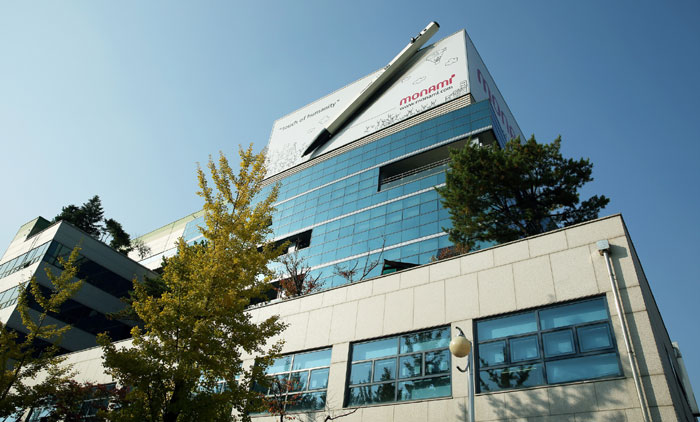 The headquarters of Monami is in Suji-gu (District) in Yongin, Gyeonggi-do (Gyeonggi Province). A giant replica of the Monami 153 ballpoint pen stands atop the building. The name Monami comes from the French, “mon ami,” which means, “my friend.” Monami founder Song Sam-suk accidentally spotted a Japanese office worker at a stationery company using a ballpoint pen at an international exposition in 1962. He suddenly had the idea to make a ballpoint pen. At that time, many Koreans used fountain pens which had to be dipped in ink bottles. For this reason, making a pen that didn’t need an ink bottle was considered a sensational idea for Song.

Song began to develop his new line of products by conducting some market research. One year later, in May 1963, Monami introduced its brand-new 153 ballpoint pen, the first pen made in Korea to contain the ink inside the body of the pen. People showed mixed responses, however. Monami even had to pay some customers the price of their shirts, as the ink of some 153 ballpoint pens stained the front pocket. Also, those accustomed to the fountain pen didn’t welcome the new arrival.

The company continued its research and solved those problems. The firm launched a campaign to change people’s minds, encouraging them to get rid of their ink bottles and to use a ballpoint pen instead. The merits of the Monami 153 — the convenience, the retracting button at the end, the cheap price of KRW 15 and its simple design — also greatly helped the new pen win popularity. In 1968, The Monami 153 ballpoint pen received “KS” certification from the Korean government, as it met all the requirements for document preservation: resistance to water, oil and light. The product became the iconic writing implement for a rapidly modernizing Korea.

Monami did face hard times. In 1989, a lot of imported writing products arrived on the market as the Korean government opened the market for stationery products. People preferred other brands of pen, instead of the Monami 153, as they had a softer texture when writing. Monami pens inevitably had a stiffer texture to help preserve the document. Monami decided to improve upon its weaknesses by returning the recently-received “KS” certification to the government and it concentrated on developing better quality products. The firm strove to upgrade the overall quality of its pens and writing implements.

The firm has always maintained low production costs. The Monami 153s were first priced at KRW 15 in 1963, the same price as a copy of the day’s newspaper. Today, they go for KRW 300, much lower than the price of a newspaper. The Monami 153 ballpoint pen has become a long-term, best-selling product, spanning more than three generations of writers, from grandparents to grandchildren.

The Monami 153 is not Monami’s only popular product. Koreans refer to all water color ink-based pens as “sign pens”, to permanent markers as “name pens,” to pens used on a white board as “marker pens,” and to oil ink-based pens “magic pens.” All of these names are actually the brand names for Monami’s lines of pens. As they received a lot of love from customers over the years, the company’s brand names have entered the Korean lexicon as general terms.

Through to today, Monami has positioned itself as the largest writing implement maker in Korea. Total sales volumes hit KRW 130 billion last year. Monami‘s products have won popularity not only in Korea, but also overseas. Since establishing a plant in Thailand in 1989, the firm established sales forces in China and Thailand, and has been exporting to about 50 countries, including to markets in Asia and the Middle East. Monami’s products, including its oil pastel products, account for about 60 percent of the market share in Turkey, for example. 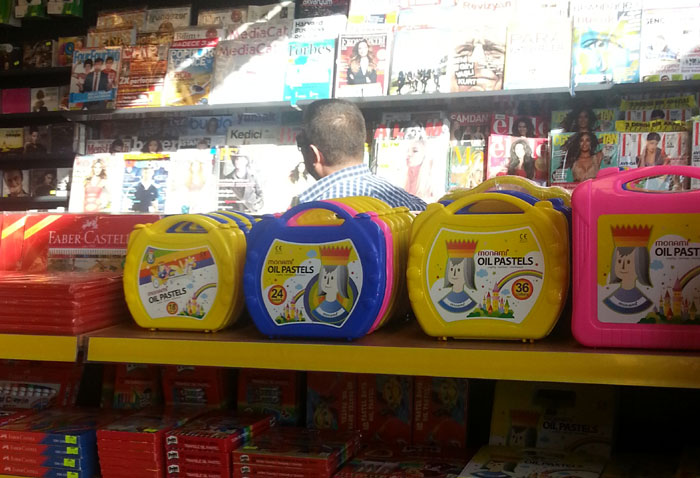 Monami’s oil pastels are on display at a stationery shop in Turkey.

Regarding the reason why Monami receives such love from its customers, Managing Director Kang Sung-Cho said, “We continue to make an effort to make further developments without settling for the status quo. Monami has been striving to achieve advancement and to make changes through research and development (R&D), by investing in our facilities, by boosting productivity, by improving our quality and by reducing the cost of production.” 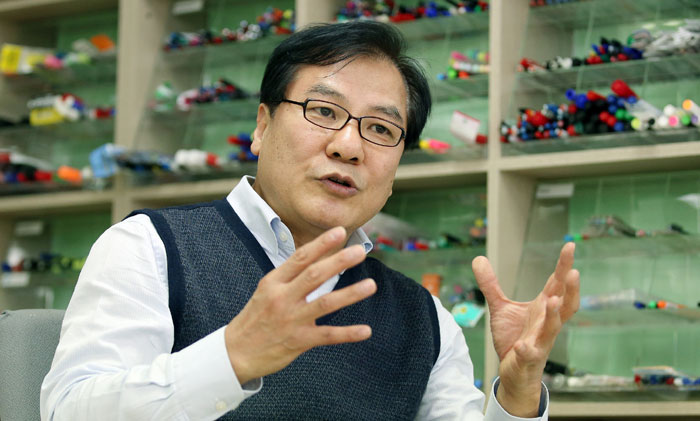 Managing Director Kang Sung-Cho emphasizes that, ‘Identifying the functions that customers want is the key to product development.’

“Customers want a special function, not a particular product,” said Kang. “The number of people who use writing instruments has been reduced, due to office automation, but there is still demand for writing products that feature special functions.”

Kang expressed his strong confidence in Monami’s technological expertise and its accumulated experiences, saying, “Other companies may copy the exterior of our products, but they will never copy the quality of our products.” 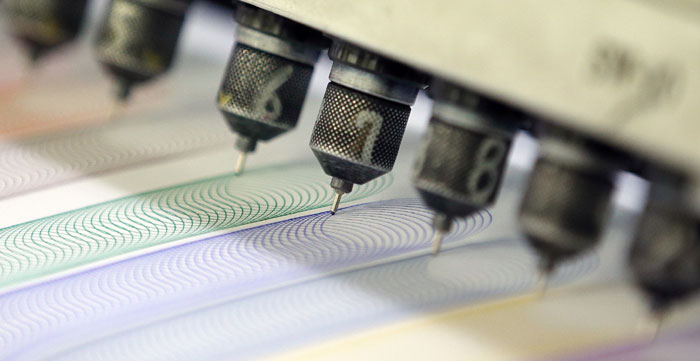 A machine tests how long a Monami ballpoint pen can be used. 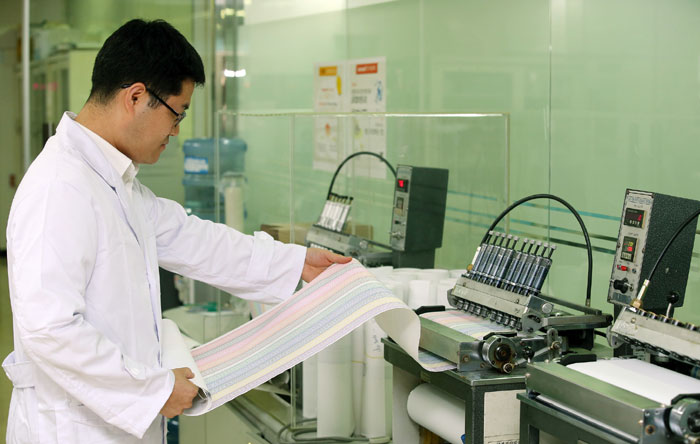 A researcher checks the durability of the ballpoint pens. 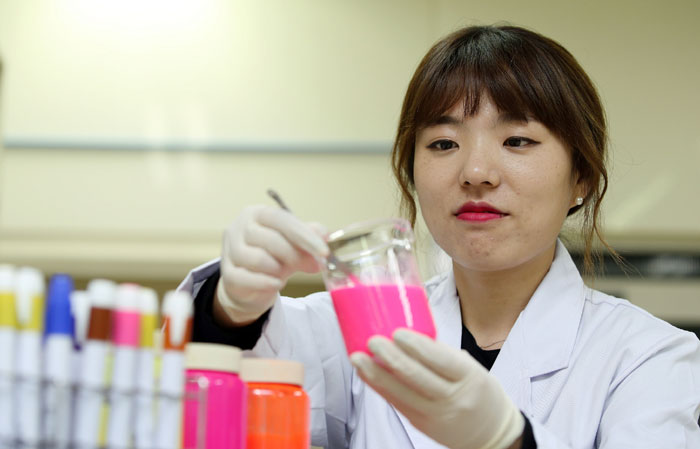 A researcher conducts an experiment in the ink development division. Various experiments are run in order to improve the functions of the ink used in Monami products, such as color, durability and overall quality. 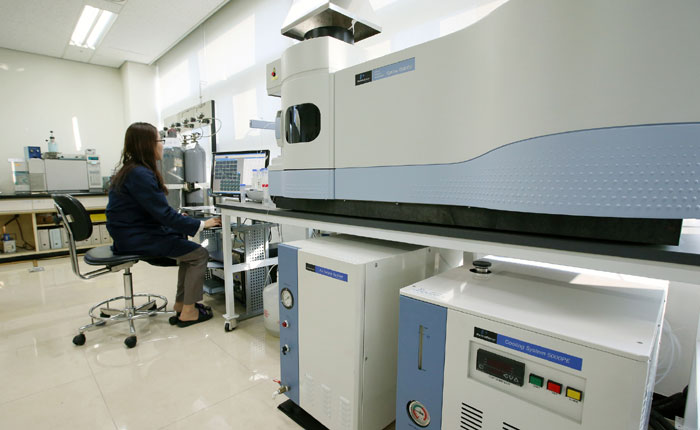 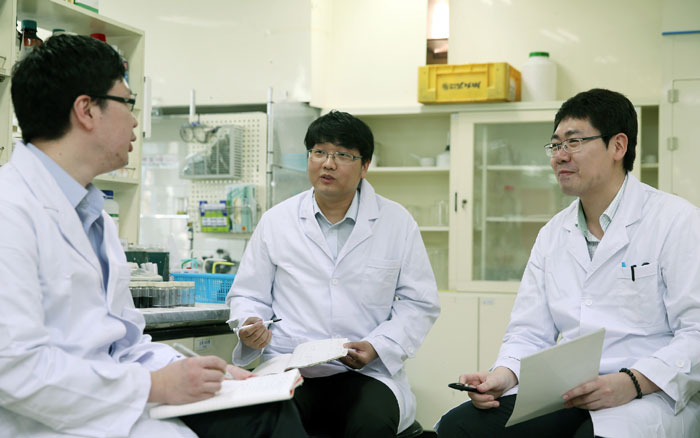 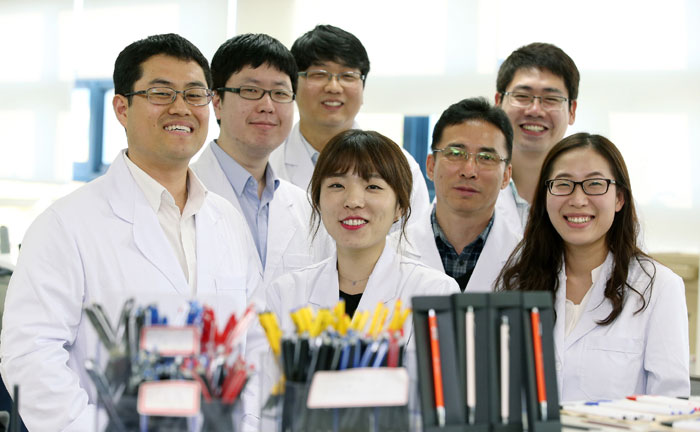 Researchers on the Monami ink development team pose for a photo in front of some Monami products. 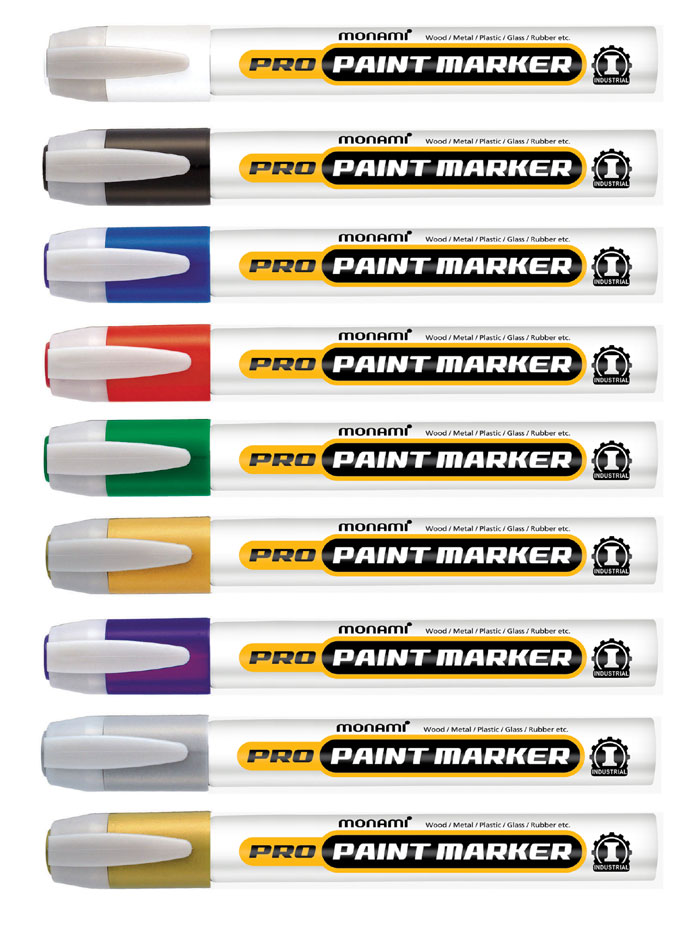 Paint Markers are also some of Monami’s key products.

In 2013, Monami produced a limited edition of the Monami 153 ballpoint pen to mark the 50th anniversary of the model. A total of 10,000 units were sold out within one day, proving the unflagging popularity of the Monami 153.

Monami recently introduced the Monami 153 ID. It won instant popularity upon its release. It is an upgraded, luxury version of the original 153 ballpoint pen. 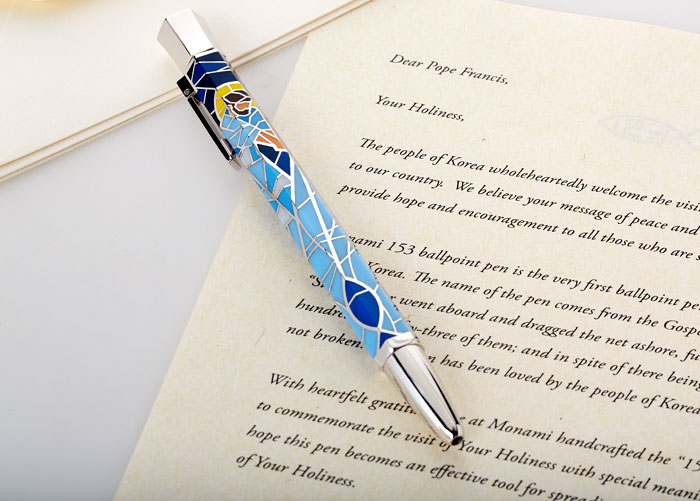 In May 2014, the Monami 153 “Fisherman” was made to mark Pope Francis’ visit to Korea. A master jeweler designed a fisherman catching a fish on the body of the pen. Monami dedicated this product to the pope, which will be on display at the Vatican Museum.