Many Chinese tourists flew to Korea to go on a shopping spree during mainland China’s golden-week of national holidays from October 1 to 7. Where on earth did the Chinese shoppers — commonly known in Korean as youkers— go to do their shopping? What, exactly, did they purchase? Let’s see if we can figure out the places they might have visited and the items they might have bought.

Chinese shoppers who focused their shopping spree in the Gangnam district, south of the Hangang River that bisects Seoul, mainly purchased designer clothes and watches with a high price tag. Meanwhile, those in the Gangbuk district, north of the river, sought relatively more affordable items, such as cosmetics or clothes from so-called “SPA fashion brands,” or fast fashion brands. These results are based on data collected from Chinese credit card companies during the one-week vacation, released on October 9 by Hyundai Department Store.

As can be seen in the recent data, the shopping spree across the country this year took on a new pattern. The Chinese shoppers this year, who usually look for expensive household-name items, turned their eyes to less-expensive fast fashion products.

The shoppers south of the river did their shopping and then moved on to the Garosu-gil neighborhood in Sinsa-dong, to feast on nice food at fancy restaurants. Meanwhile, north of the river saw sales at fast fashion outlets and well-known cosmetic stores, such as Sulwhasoo, Laneige and Innisfree, soar exponentially.

There was, however, one common neighborhood that all Chinese vacationers had to visit. It was Myeongdong, one of the most-crowded shopping districts in Seoul. The Lotte Department Store located adjacent to the neighborhood had as much as 20 percent of its total revenue for the week coming from Chinese shoppers. 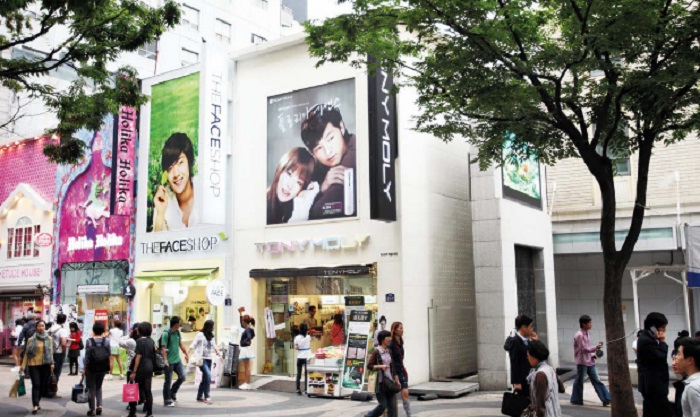 The most popular shopping district in Seoul, Myeongdong, is lined with cosmetic stores.

The Dongdaemun Design Plaza and Park (DDP) and LOTTE FITIN, a shopping mall, are both in the Dongdaemun district and they, too, hit a record high number of shoppers over the weekend. Dongdaemun has been popular ever since Chinese First Lady Peng Liyuan visited the neighborhood to do some night shopping last July during her official visit to Korea alongside Chinese President Xi Jinping.

The district has now become one of the must-visit locations for those who desire to glimpse what shopping in Korea is really like.

Interestingly, sales of rice cookers as well as of snacks have opened the wallets of the Chinese shoppers. “Korea-made rice cookers have become one of the items on the shopping list of Chinese visitors. Actually, many Chinese shoppers do purchase one when they come,” said an official from the nation’s largest retailer, E-mart. 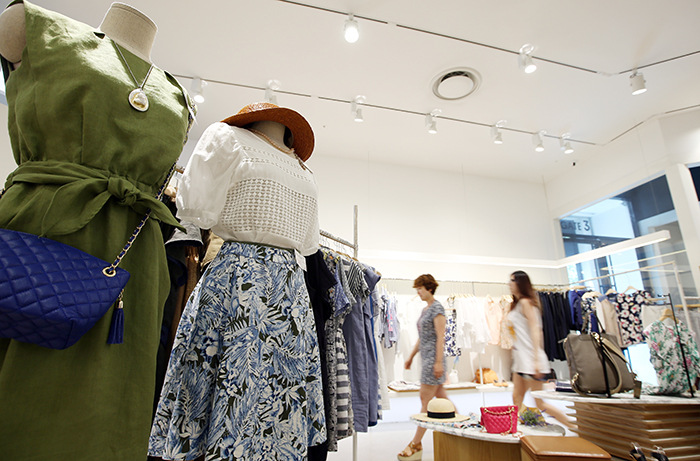 Dongdaemun in central Seoul has become a must-visit shopping district for Chinese shoppers.

The streets of Dongdaemun are packed with high-rise shopping malls and shoppers from both home and abroad.