One more step toward Asian games 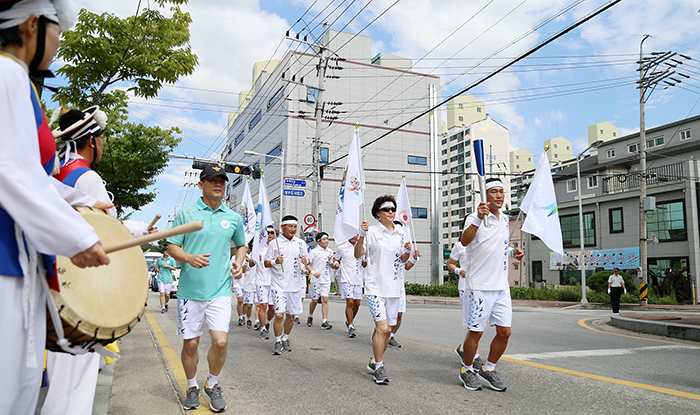 Everything is on track for the sporting festival in honor of the world’s 4.5 billion Asians. The torch relay for the 2014 Incheon Asian Games arrived in Jeollabuk-do (North Jeolla Province) and was placed in the Jeollabuk-do provincial office on August 29. Flames from New Delhi, India, and from the altar atop Manisan Mountain on Ganghwa-do Island were combined into one on August 13.The torch relay began in Incheon and continued to Jejudo Island, Pohang, Ansan, Gyeonggi-do (Gyeonggi Province), Cheonan, Chungcheongnam-do (South Chungcheong Province), Jeollanam-do (South Jeolla Province), Gwangju, Suncheon, and Jinju. In each location, the torch was placed in the respective municipal or provincial offices overnight. 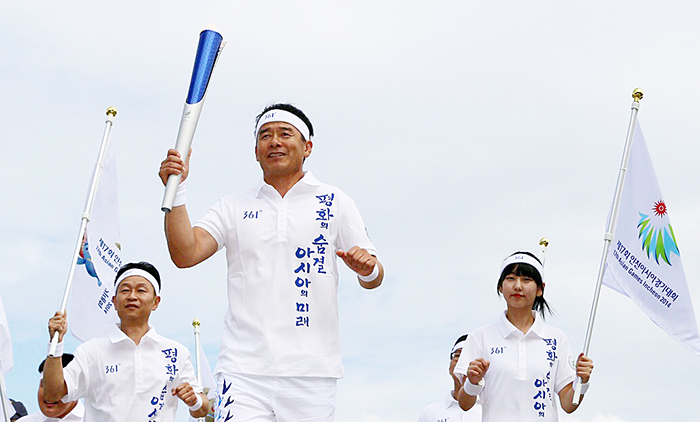 The torch relay arrived in Jinju, Gyeongsangnam-do (South Gyeongsang Province), and then travelled through Sancheong, Namwon and Jeonju. In Sancheong, a folk band from a local traditional music association and an electronic string trio performed for the relay. “It is meaningful to take part in the torch relay for the Incheon Asian Games,” said Cho Jae-hyeok, a sixth grader. “I hope that people all across Asia learn about ssireum, traditional Korean wrestling, and that it be included as an official sport in the Asian Games.”In Namwon, Jeollanam-do, a town famous for its traditional music, traditional instrumental bands from the Namwon Traditional Arts High School and the Dotong Elementary School, as well as the Chunhyang and Hwamokpae farmers’ bands and a Namwon municipal farmers’ band, all performed cheerful rhythms and sounds to welcome the arrival of the torch.“The torch is lit not only for all of Asia, but also in hope for humanity,” said Lee Hwan-ju, the mayor of Namwon. “I hope the torch can convey the kind message from Namwon citizens and be the light of peace and dreams.” 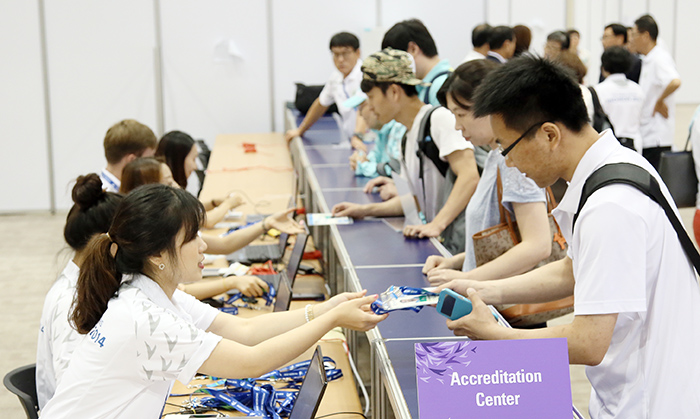 At the athletes’ village, which can accommodate as many as 15,000 people, a comprehensive management rehearsal for the games took place on August 29. Some 800 people, including organizing committee employees, supporters and volunteers, took part in the rehearsal and prepared for the arrival of the athletes.“We intend to minimize potential inconveniences at the athletes’ village through rehearsals and to provide the best ever accommodations for athletes as they arrive from across Asia,” said an organizing committee official.A total of 9,757 athletes will participate in the Incheon Asian Games. Including coaches and officials, some 23,000 people from 45 Asian nations will stay in Incheon throughout the games. By Jeon Han, Limb Jae-unKorea.net Staff Writers hanjeon@korea.kr 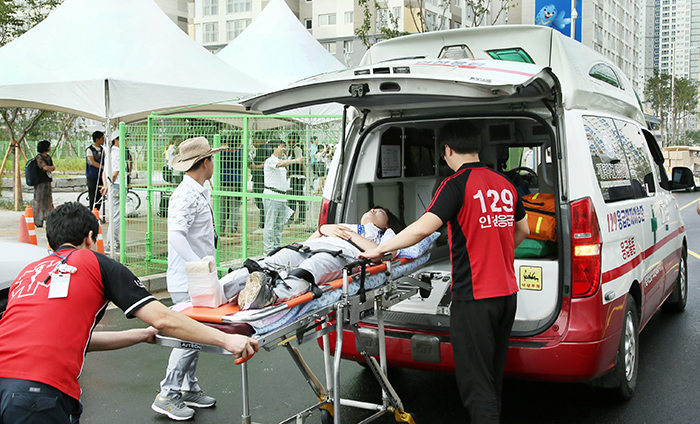