There has been a constant flow of “cultural transactions” between Korea and China recently, amid soaring demand for each other’s varying content. As part of such efforts to share content-creation techniques and knowhow, a special project, the Korea-China Peng You 朋友 Challenge Project, is now underway. Under the project, a group of 40 young talented movie makers from both Korea and China have been selected for an almost-two-week-long program in which they will learn the techniques and knowhow required to make 3-D films. 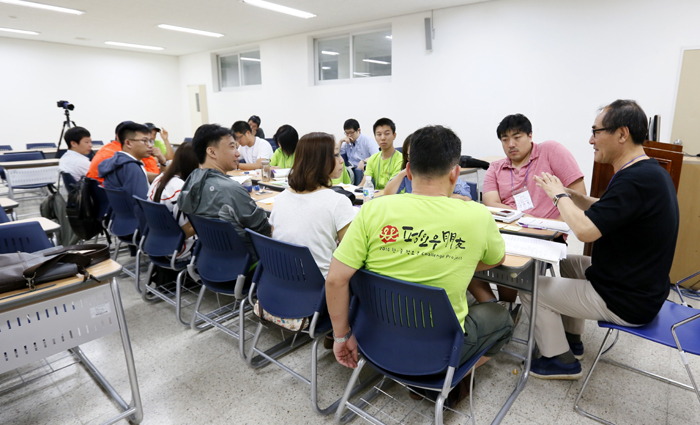 Movie director Bae Chang-ho (right) shares his knowhow about how to produce 3-D movies with a group of young would-be film makers from both Korea and China. They were selected to participate in the ongoing Korea-China Peng You 朋友 Challenge Project. (photo courtesy of the Hankook Kyungjae Daily) 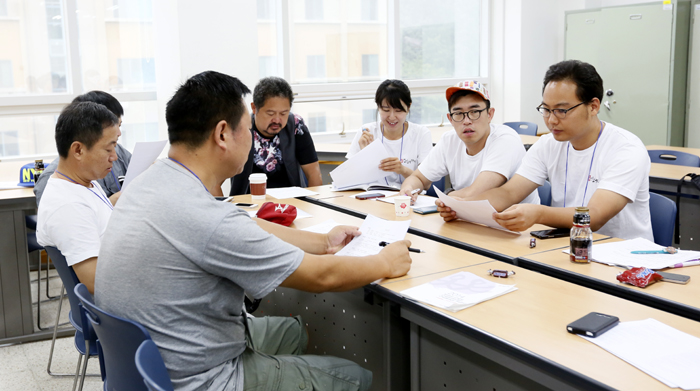 Co-hosted by the Korean Ministry of Science, ICT and Future Planning and the Chinese State Administration of Press, Publication, Radio, Film and Television, the joint project, starting August 11, aims to educate the 40 young movie makers on how to produce 3-D movies. It runs until August 22. The results will be two 3-D short films that the group will produce using the skills they achieved during the program. The educational program also invited two celebrated movie directors, Bae Chang-ho from Korea and Zhang Yuan from China, as well as experts in film production, to speak during the event. They take on mentorship roles as they generously share their expertise in the field.

“The Chinese film market is second worldwide and 3-D movies account for more than 50 percent of total sales in that market. However, Korea’s capacity to make 3-D movies has been left unnoticed there,” said Seo Seok-jin, director of software policies at the Korean Ministry of Science, ICT and Future Planning. The project will help to establish a network between young movie makers in both Korea and China and help to revitalize interchanges of 3-D content between the two neighbors, the director hoped. By Sohn JiAeKorea.net Staff Writerjiae5853@korea.kr