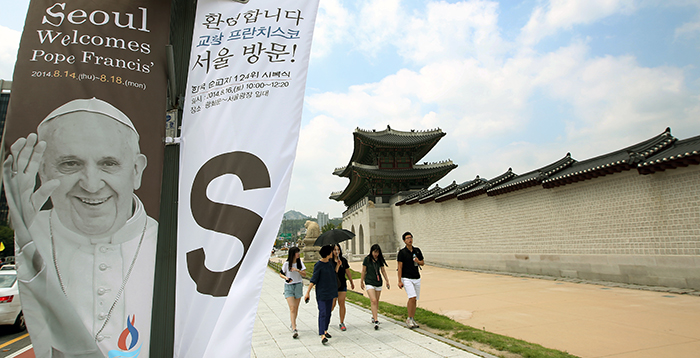 A welcoming mood can be seen across Seoul as the city prepares to welcome the head of the Roman Catholic Church. A stage is being erected in Gwanghwamun Square to celebrate Mass and for the beatification ceremony scheduled to take place on August 16. Banners and placards have been hung in the streets around the square greeting Pope Francis to the heart of the nation’s capital. Approximately 170,000 invited Catholics will celebrate Mass and attend the beatification ceremony. Thousands of people, Seoul citizens and tourists alike, are expected to gather in Gwanghwamun Square to celebrate Mass even if far away from pontiff himself. By Jeon Han, Yoon SojungKorea.net Staff Writers hanjeon@korea.kr 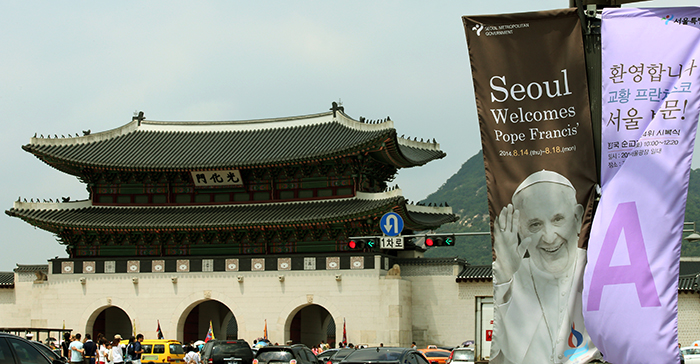 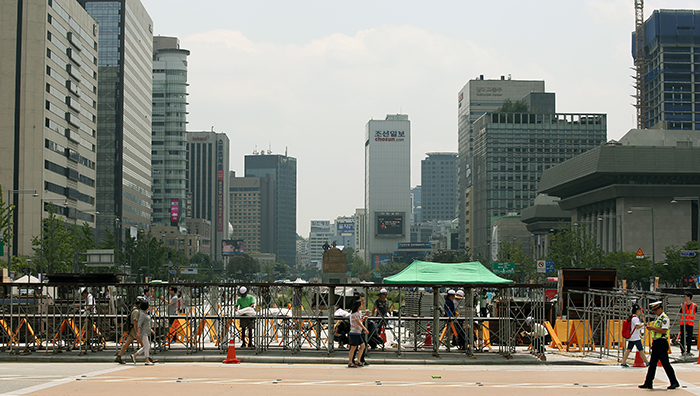 A platform for the beatification ceremony is being erected in Gwanghwamun Square on August 11. Pope Francis will celebrate Mass here on August 16. (photo: Jeon Han)