Music and dance were means of religious worship and this tradition continued through the Three Kingdoms period.

More than 30 musical instruments were used during the Three Kingdoms period, and particularly noteworthy was the hyeonhakgeum (black crane zither), which Wang San-ak of Goguryeo created by altering the seven-string zither of Jin Dynasty China. Also notable was the gayageum, a zither used in Gaya (A.D. 42-562). The 12-string gayageum is still played in modern Korea.

Goryeo followed the musical tradition of Silla in its early years, but came to have more diversified genres later. There were three types of music in Goryeo – Dangak, meaning music from Tang Dynasty China, Hyangak or village music, and Aak or court music. Some Goryeo music was inherited by Joseon and is still used in ceremonies today, especially those involving ancestral worship. As in music, Goryeo enjoyed the dance tradition of the Three Kingdoms initially, but later added more varieties with the introduction of court and religious dance from China’s Song Dynasty.

During the Joseon Dynasty, music was respected as an important element of rituals and ceremonies. Early in the dynasty, two offices dealing with musical matters were established and efforts were made to arrange musical texts.

As a result, a canon of music called Akhakgwebeom was produced in 1493. The book classified music to be played at court into three categories – ceremonial music, Chinese music and native songs. Especially during King Sejong’s reign, scores of new musical instruments were developed. In addition to court music, the traditions of secular music such as Dangak and Hyangak continued. 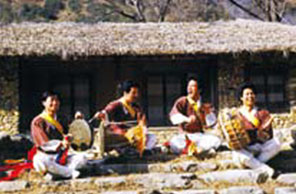 Samullori is a percussion ensemble for four different instruments:

Folk dances, including the farmers’ dance, shaman dance and monk dance, became popular in the latter days of Joseon, along with the mask dance known as Sandaenori and a puppet dance. The mask dance combined dance with song and narrative and included shamanistic elements that greatly appealed to commoners. The performance was often accented by satirical passages that mocked the nobility to the delight of the crowds watching.

As for traditional dances, Confucian and Buddhist influences were very prominent. Confucian influence was often repressive, while Buddhism allowed a more tolerant attitude as shown in the beautiful court dances and many shaman dances for the dead.

A large number of traditional dances withered away during Japan’s colonial rule, as well as the rapid industrialization and urbanization of Korea in the 1960s and 1970s. It was in the 1980s that people began to think about reviving these long-forgotten dances. Of the 56 original court dances, only a few are well-known today.

Cheoyongmu (the Mask Dance) of Silla, Hakchum (the Crane Dance) of Goryeo, and Chunaengjeon (Nightingale-Singing-in-the-spring Dance) of Joseon – All of these dances have been designated as ‘Intangible Cultural Properties’ by the Government to support their continuation. Professional performers have been granted the titles of ‘Human Cultural Properties,’ the highest honor awarded to masters of traditional arts and crafts.

The development of modern dance in Korea was due largely to such pioneers as Jo Taek-won and Choe Seung-hui who were active during the Japanese colonial period. Following liberation, the Seoul Ballet Company was founded in 1946 to become the first organization that staged performances of ballet.

Western music was first heard in Korea with the introduction of a Christian hymnal in 1893, and began to be taught at schools in 1904. Changga, a new type of song sung to Western melodies, flourished across the country. As the nation experienced tumultuous changes with its forced opening to the West and the prolonged Japanese colonial rule, changga was sung to enhance love for the nation, a desire for independence and a new cultural form. In 1919, Hong Nanpa composed ‘Bongseonhwa (Touch Me Not)’ in the form of changga.

After national liberation in 1945, Korea’s first Western-style orchestra was inaugurated as the Korea Symphony Orchestra Society. Today there are nearly 50 full orchestras in Seoul and the provinces.

An increasing number of Korean musicians are performing outside Korea these days, winning acclaim from concert audiences and awards at prestigious international competitions. Among the most notable performers are the Chung Trio conductor-pianist Chung Myung-whun, cellist Chung Myung-wha and violinist Chung Kyung-wha.

Among singers, sopranos Jo Su-mi, Shin Young-ok and Hong Hye-gyong have all established an impressive presence in the international community of music. They have performed leading roles in productions at New York’s Metropolitan Opera and other famed stages in addition to recording for world-famous music companies.

In August, 1997, ‘The Last Empress,’ a musical depicting the last years of Korea’s monarchy and Empress Myeongseong, was staged in New York to the wide acclaim of the American press. The musical, an epic tale, was viewed as offering a precious opportunity to promote Korean history and culture abroad. 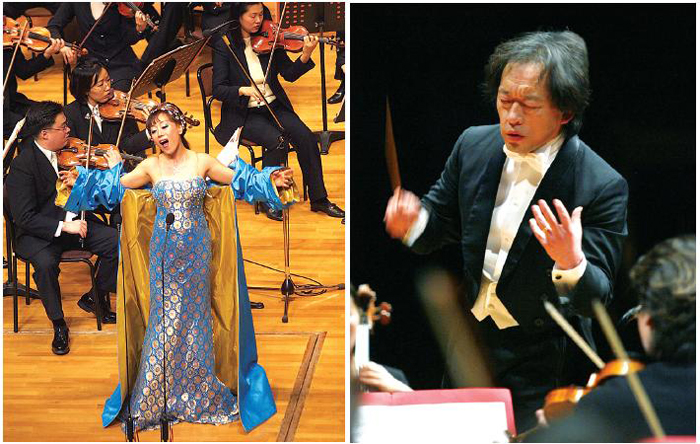 To preserve and further develop Korean traditional music and performing arts, the National Gugak Center was established in 1951. The government established the Korea National University of Arts in 1993 to offer world class education in the arts and to cultivate professional artists. The University has six schools: Music, Drama, Dance, Visual Arts, Film & Multimedia and Korean Traditional Arts. Public and private arts centers, such as the Seoul Arts Center and LG Arts Center, have introduced various performances from all over the world to Korean audiences. Since 2004, members of the Korean Network of Performing Arts Festivals have exchanged information on performing arts, researched festivals, co-invited overseas performances, and co-produced performing arts. Established in 2005, the Performing Arts Market in Seoul (PAMS) has been a platform for the effective promotion of Korean performing art companies in the domestic and international arenas. 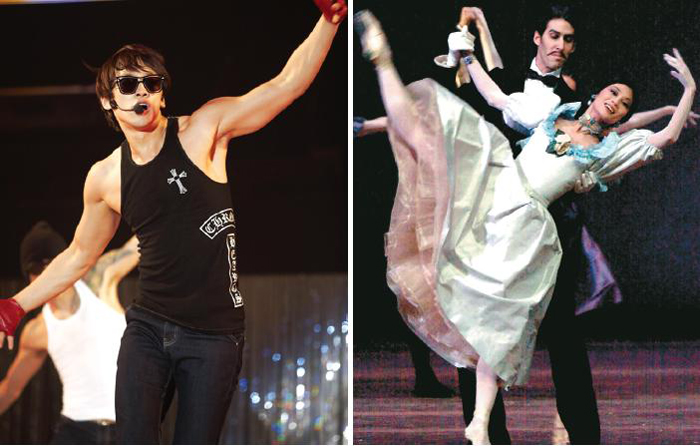 
Performance Night Tour
About the author