From Monet to Munch, modern Western art trends are all on show

The works of renowned painters in Western art history from the late 19th century to 20th century are on display at two different exhibits at Hangaram Art Museum at the Seoul Arts Center. There is a retrospective from renowned Norwegian painter Edvard Munch (1863-1944) and an exhibit that narrates art trends from Impressionism to Nouveau Réalisme called “The Greatest Artists: Renoir to Damien Hirst.” The two exhibitions will lead spectators on a journey from the late 19th century to the present and help them understand art history.

The “Edvard Munch and the Modern Soul” exhibit is the first retrospective of the Norwegian painter in Korea, who was the pioneer of Expressionism. There are 99 works on display including a lithograph of “The Scream,” “The Dance of Life,” “Madonna,” and “The Kiss.”

One of the five lithographs of “The Scream” remaining in the world is on display. The Oil painting and tempera versions of “The Scream” that remain were stolen and later restored and are not able to be seen outside of their current galleries. The painting shows a man with the face of a deflated balloon who stands and screams beside a handrail under a sky drawn with thick lines. The image has been a symbol of the anxieties of the modern age. 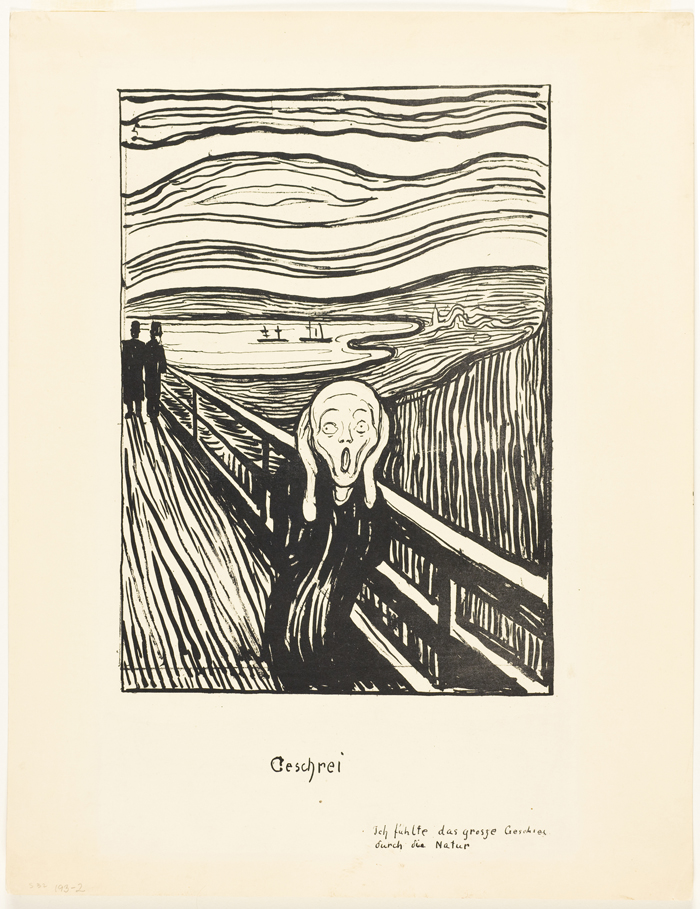 A lithograph of “The Scream” on display. (photo: Seoul Arts Center)

In addition to the “The Scream” there are many masterpieces worthy of notice. The “Freeze of Life” series was produced by Munch in the 1890s and dealt with basic human and existential experiences such as love, anxiety and death. “The Scream,” “The Dance of Life,” “Vampire” and “The Kiss” are included in the series.

“The Dance of Life,” a reddish painting made up of three large sections, is one of his major works and has the theme of uneasy love. A woman wearing a red dress rejects a man’s offer to dance while the man, who is a symbol of Munch himself, is wrapped up by the red dress. This contrasts with the people dancing around them. Munch was known to be sensitive and fragile throughout his life. He was distant to and uneasy with women. This shows Munch’s inner side. There is a series of “The Kiss.” The oil painting is full of desire depicted with dark colors while the woodprint version looks simple and humble.

However, not every work of Munch’s is sad and gloomy. “The Sun” is one of his later works and is full of life. Vibrant colors and dynamic composition in the painting show strong spirit and energy. “Starry Night” in the last section of the exhibit looks a bit lonely but demonstrates lyrical beauty. It also reminds one of Gogh’s “Starry Night.” 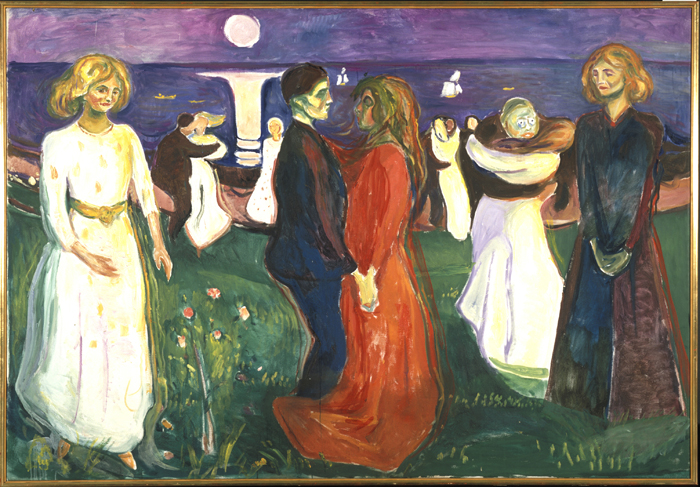 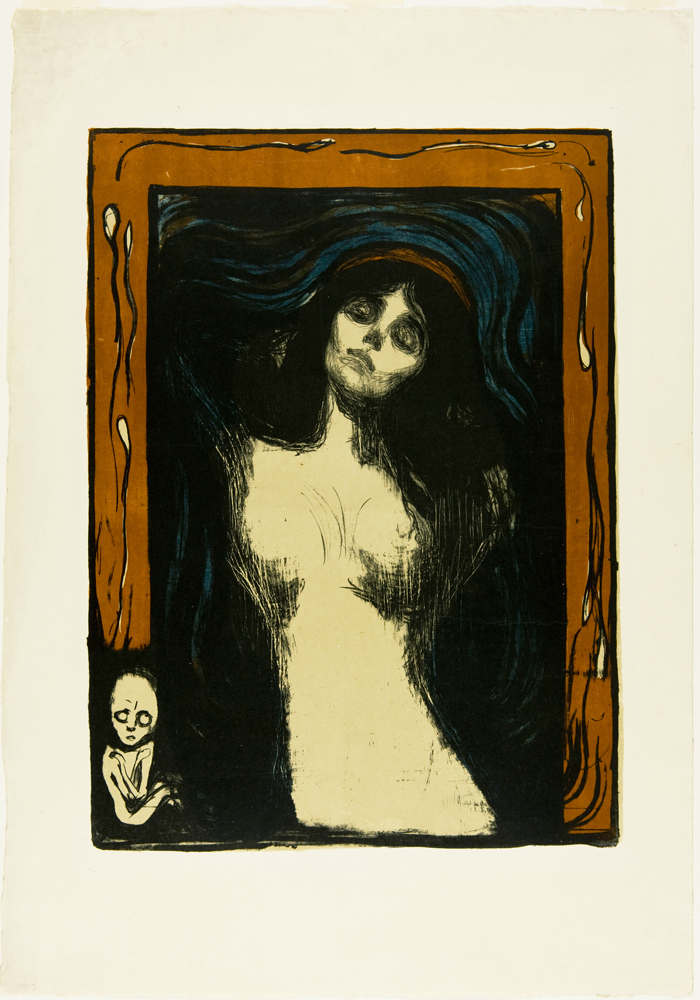 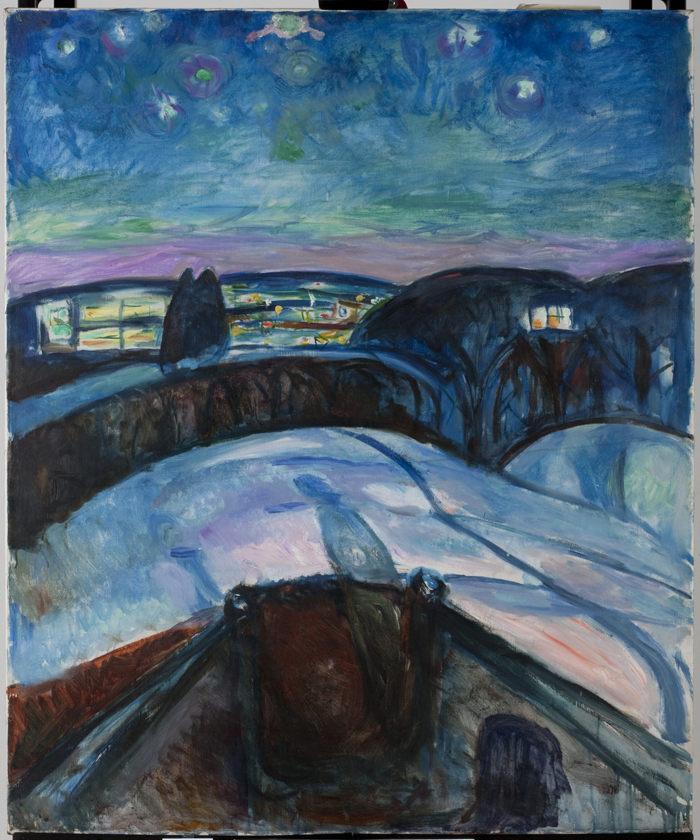 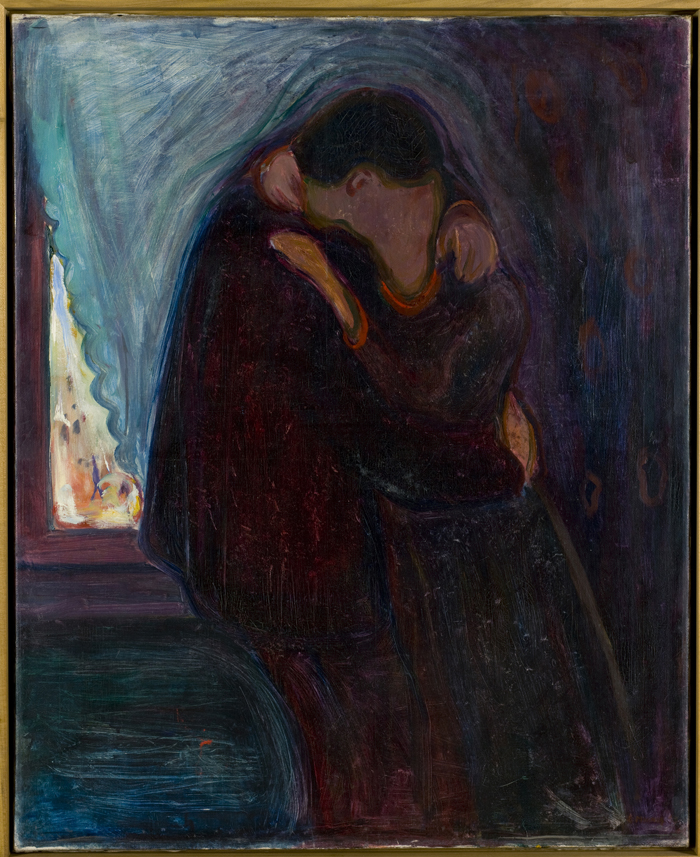 (From top) “The Scream,” “Madonna,” “Starry Night,” and “The Kiss.” (photos courtesy of Seoul Arts Center)

Munch not only produced oil paintings but also many woodprints and lithographs. Currently, there are 1,100 oil paintings, 18,000 prints, and 4,500 drawings and watercolor works out there. Munch produced many works with gloomy themes. His mother and sister died of tuberculosis and he himself suffered from mental illness. However, Jon-Ove Steihaug, the senior curator and acting head of exhibitions and collections at the Munch Museum, Oslo, said otherwise. “For many people, Munch is associated with The ‘Scream’ and he expressed depressing themes in his works. He, however, did not just try to focus on the dark elements of life but he wanted to demonstrate basic human emotions.”

“Munch’s works express human emotions beyond description, feeling and moods in a condense form.” The exhibition continues until October 2. Entry to the exhibition costs KRW 15,000 for adults and KRW 10,000 for children.

There is another exhibition, “The Great Artists: Renoir to Damien Hirst,” which narrates Western art trends from the 19th century to the present. There are 104 works from 53 artists whose movements were Impressionism, Fauvism, Cubism and Surrealism.

The exhibition starts with Impressionist paintings, with which most people are familiar. The quiet landscape with fallen snow in the painting “Snowy Effect in Limetz” shows beautiful colors expressed in waves of brushstrokes. “Pinewood Landscape” by Picasso and “Around the Painter” by Chagall show strong vibrant colors and mark the start of Cubism and Fauvism.

There is also “Triumphant Elephant,” a sculpture by Salvador Dali who tried to explore the world of unconsciousness, and “Woman” by Joan Miro. These works demonstrate that the process of exerting effort to find something unreal leads to abstractionism. Later in the exhibition, visitors will see “Still Life with Picasso” by Roy Lichtenstein and “Portrait of Mrs. K” by Andy Warhol, who both led American contemporary arts in the 20th century. 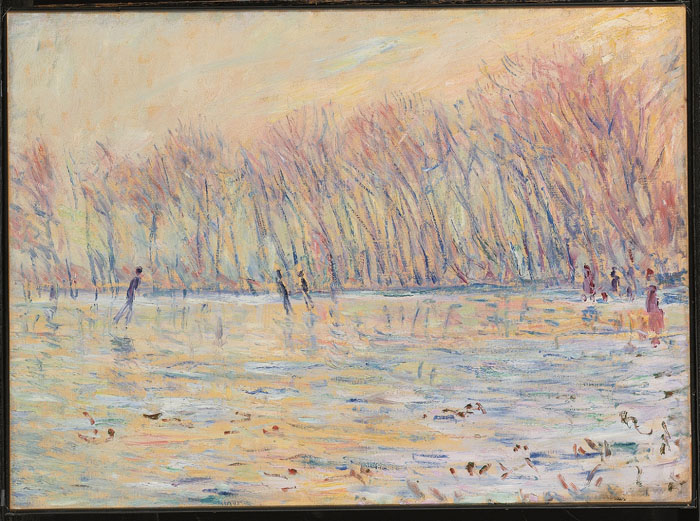 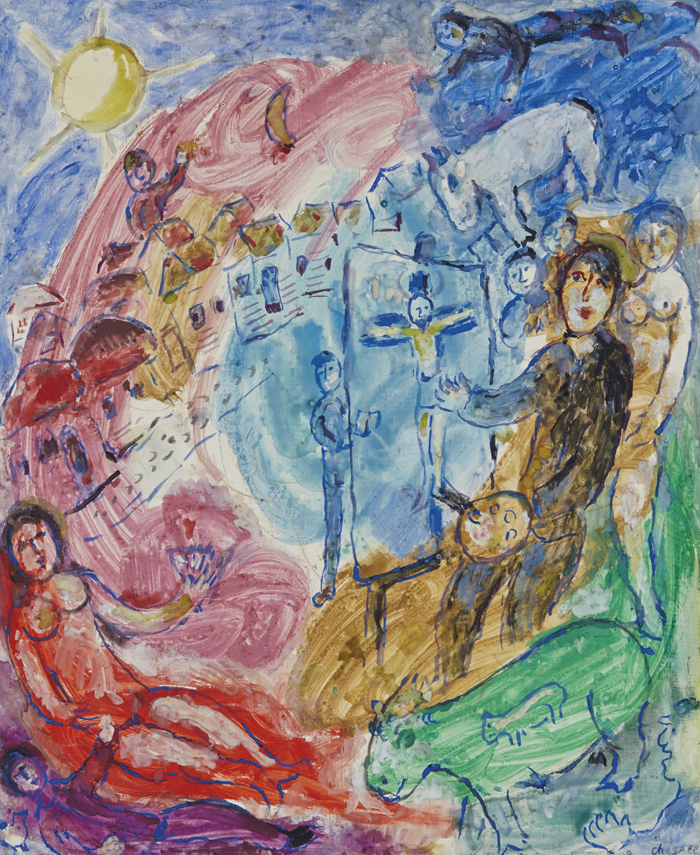 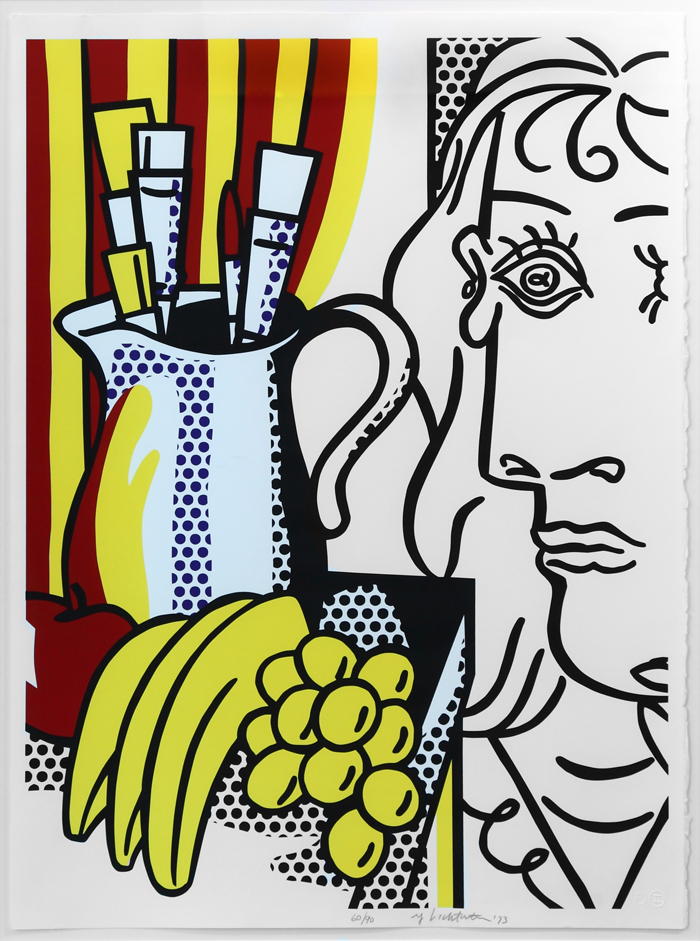 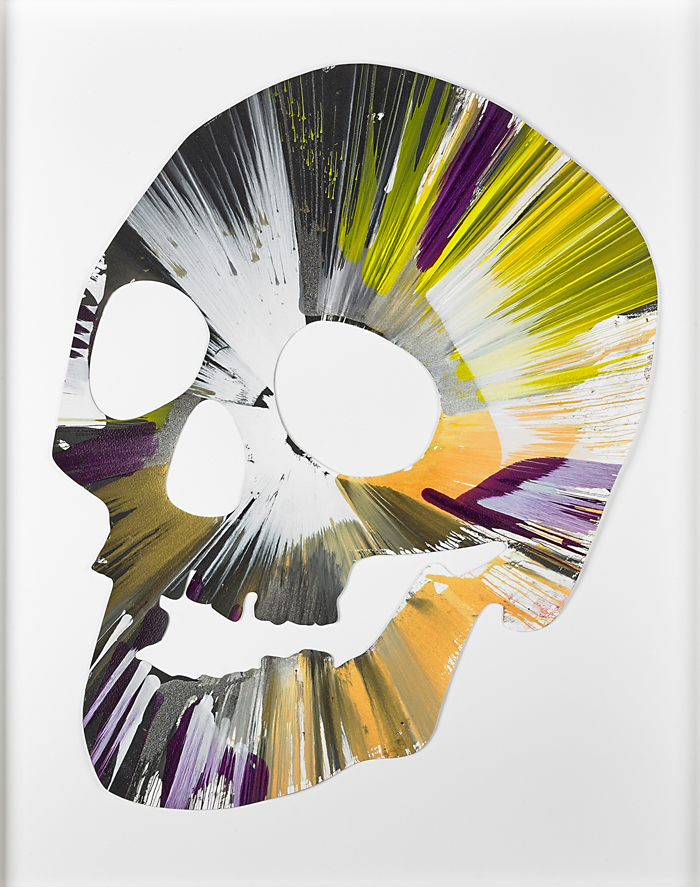 We can’t talk about contemporary art without mentioning Damien Hirst. His “Skull” on display at the exhibition was created with paint spilt on the surface and then spun quickly with a flat stick. There are also works from Banksy who hid his name and face and drew on walls on backstreets all around the world. The exhibition continues until September 17. Entry costs KRW 10,000 for adolescents and 13,000 won for adults.

For more information about the exhibition, call Seoul Arts Center at 02-580-1300 or visit their homepage (www.sac.or.kr).