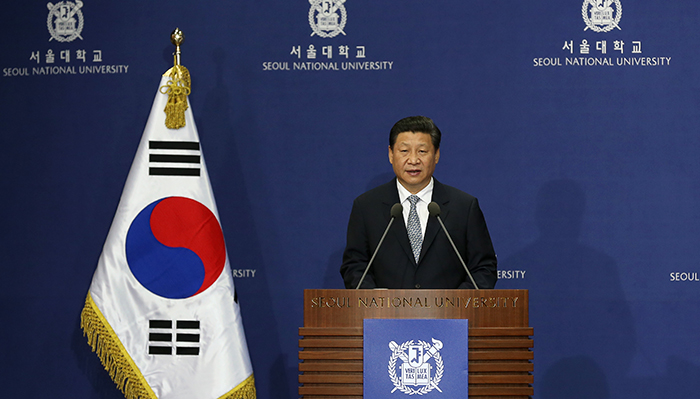 Chinese President Xi Jinping makes a speech at the Global Education Center for Engineers at Seoul National University during his state visit to Korea, on July 4. Some 500 professors, students and government officials were present at the event. (photo: Jeon Han)

“Annyeonghasimnikka?”
Chinese President Xi Jinping greeted the audience by saying hello in Korean before making a speech at Seoul National University (SNU) during his state visit to Korea, on July 4. The audience responded with a round of applause and cheers.

Chinese President Xi Jinping said ‘Korea-China relations are better than ever’ and stressed the prosperity of Asia through the bilateral partnership during his speech at Seoul National University on July 4. (photo: Jeon Han)

“Historically, whenever the two nations have been in a perilous situation, they helped each other out and overcame the difficulties,” said President Xi, who became the first Chinese president to give a speech at a Korean university. “Now the two nations clearly have a strategic cooperative partnership and the relationship is better than ever before.”

“Korea-China relations have climbed a step and are now on an even higher level. The people of the two nations will become partners who share a mutual development in the new international order and who will contribute to regional peace,” he added.

Having supported Korean President Park Geun-hye’s “trust-building process,” President Xi said, “We are against the existence of nuclear weapons on the Korean Peninsula, and issues that concern the region including nuclear weapons development need to be solved via dialogue and negotiation.” “We hope for the betterment of our relatives just as we do for our neighbors. We ultimately support an independent, peaceful reunification of the Korean Peninsula,” the president added. The audience responded with a round of applause. 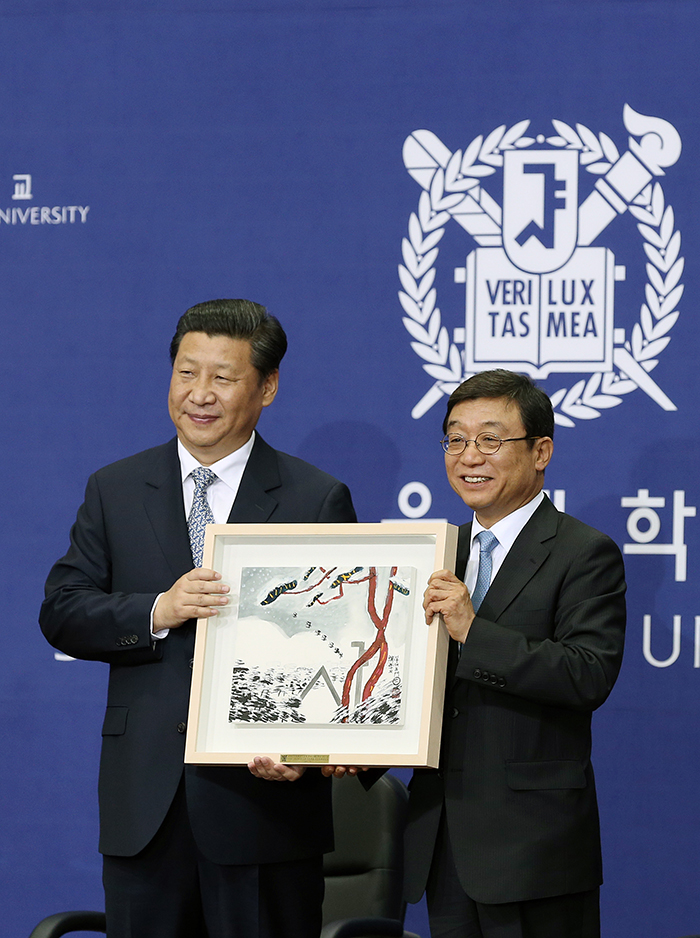 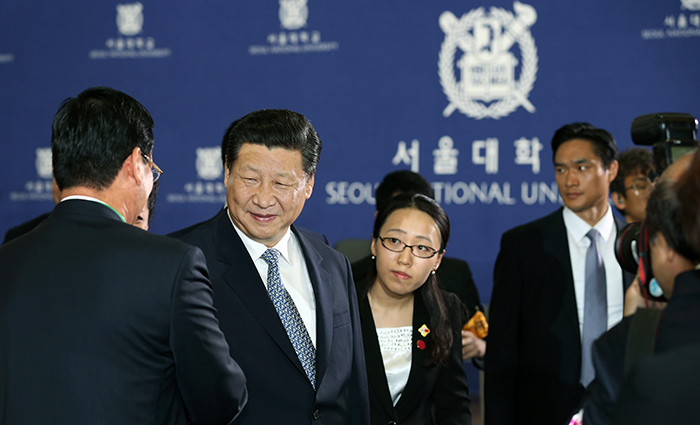 After the speech, Jang Ye-na, a graduate student majoring in communication, said “I was moved by President Xi Jinping’s speech when he said history does not change but we can change our future. I am hopeful about future Korea-China relations and expect even better relations.”

A business administration student, Yoon So-ra said, “President Xi discussed the details of bilateral economic cooperation and it was interesting. The most memorable part was when he stressed Korea-China cooperation for the prosperity of Asia.” 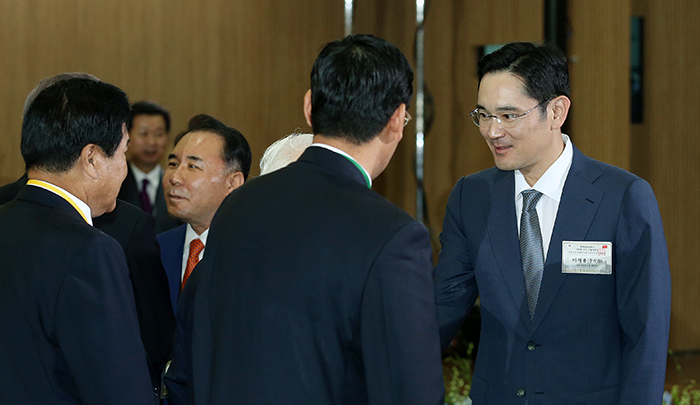 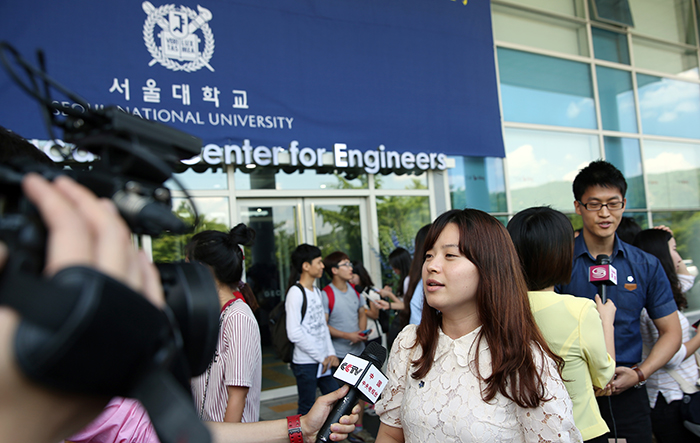 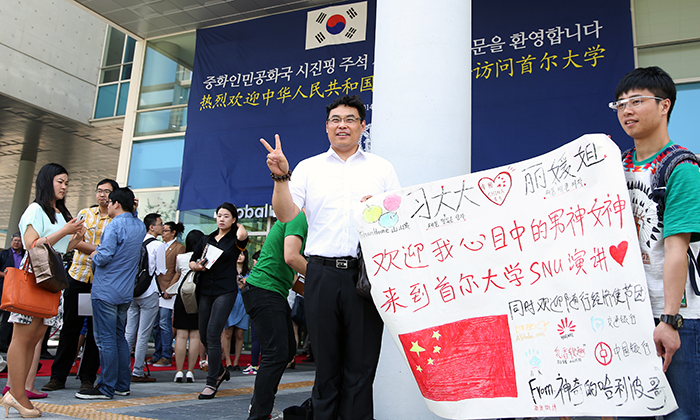 Chinese students with a placard welcoming President Xi Jinping pose for a picture in front of the Global Education Center for Engineers at Seoul National University on July 4. (photo: Jeon Han)