Medical tourism figures on the rise

A 38-year-old woman from Khabarovsk, Russia, suffered from infertility throughout her 20-year marriage. After a series of unsuccessful pregnancies and two miscarriages, she consulted doctors in Russia, but could not determine the cause. Earlier this year, she came to a hospital in Seoul and realized that her fertility complications were caused by a reduction in the blood supply in her placenta due to problems with her immune system. In April this year, she underwent a successful in vitro fertilization process. She has now been pregnant for 27 weeks and plans to return to Russia now that it is safe to travel.

The above is just one example of the way in which the number of inbound medical tourists has been rising rapidly over the past few years. According to the Ministry of Health and Welfare on May 20, 210,000 non-Korean patients from 191 nations received medical treatment in Korea in 2013. This is an increase of 32.5 percent from the 159,464 in 2012, and is a 3.5-fold increase over 2009’s figures. 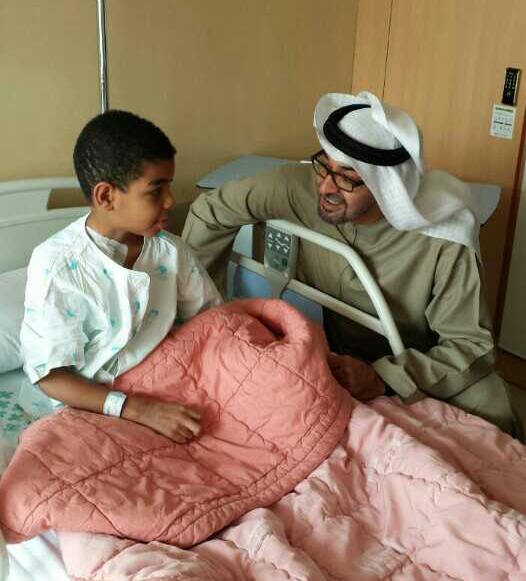 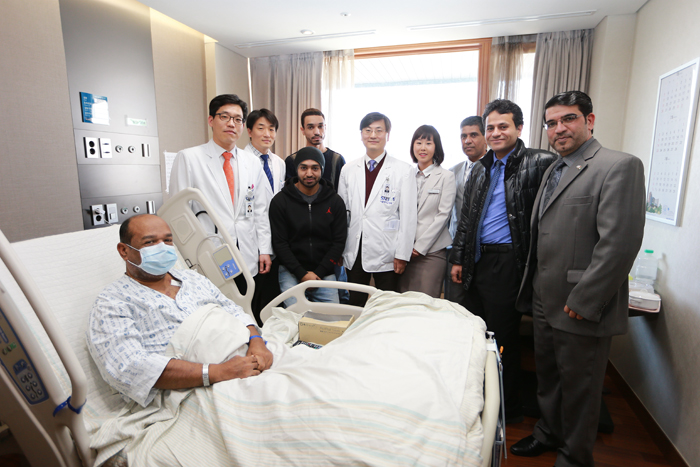 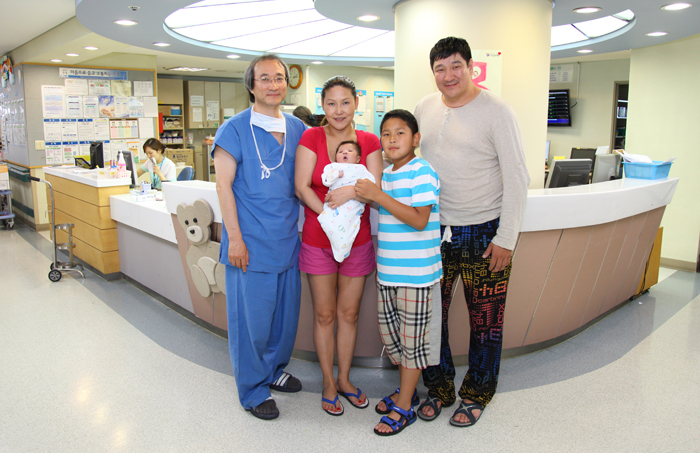 (Top) A patient from the UAE had been suffering from high blood pressure and obesity, and recently had a kidney transplant at the Seoul National University Hospital. Now, he is receiving immunosuppressive treatment. (Bottom) A Mongolian baby was diagnosed with pneumonia and with a ventricular septal defect, coupled with pulmonary hypertension. (photos courtesy of Seoul National University Hospital)

The type of treatments most commonly sought by overseas patients are internal medicine procedures, including problems with the digestion and circulatory systems. They accounted for 68,453 patients, making up 24.4 percent of last year’s medical tourists. Some 28,135 patients, or 10 percent, came for just a general health check, while 25,101 people, or 9 percent, had dermatological treatments for skin problems. A total of 24,075 patients, 8.6 percent, sought cosmetic surgery, while 15,899 patients, or 5.7 percent, used Seoul’s gynecological services. 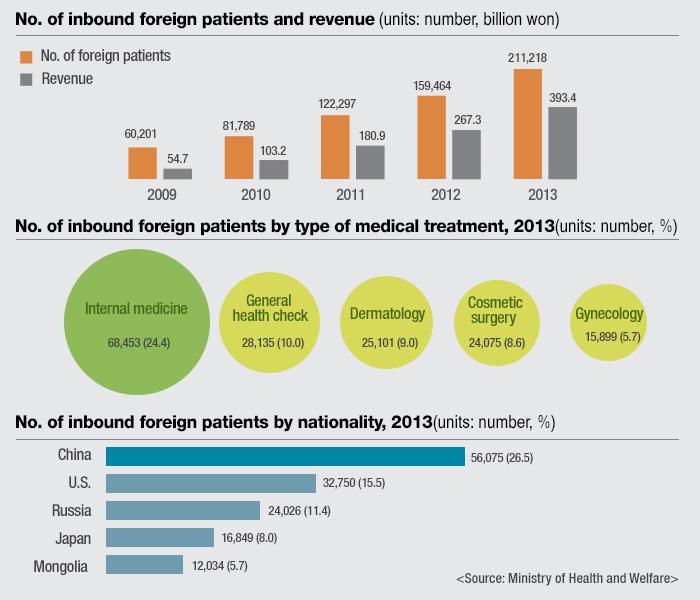 The number of inbound foreign patients, the types of treatments they seek and their nationalities.