On June 2, 1953, when the Korean War (1950-53) was close to an end, a large, painted banner was hung at the British Royal Artillery Regiment camp on the frontlines of the conflict, in Yeoncheon-gun, Gyeonggi-do (Gyeonggi Province).

Leyland painted the banner in his spare time and, upon completion, the soldiers hoisted the sign during a special party thrown by the British army on the very day the queen ascended the throne, even though they were in Korea, far from home. 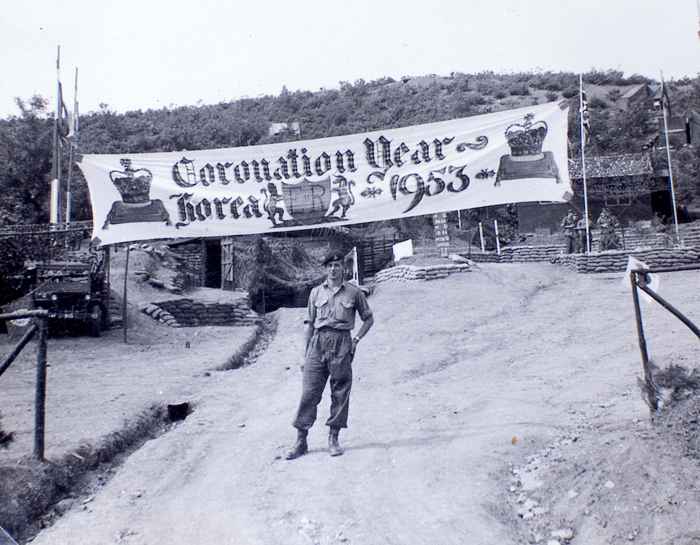 The historic banner has now been returned to Britain after more than 61 years.

The Korean Ministry of Culture, Sports and Tourism (MCST) donated the banner to the Royal Artillery Museum in Woolwich, London, on May 13.

“We decided to give the queen’s coronation banner back to the British museum as an expression of thanks to the British troops and for their sacrifices,” said an official from the MCST.

Banner artist Leyland, then Brigadier General Brian Parrit and other now retired Korean War veterans were among those at the donation ceremony, held at the museum. 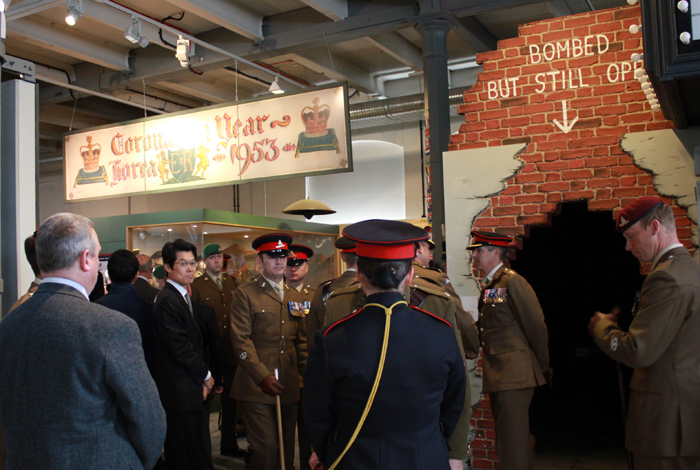 Britain sent more than 56,000 troops, the second largest contingent after the U.S., to help South Korea fight back against the North during the Korean War. Among them, approximately 1,000 lost their lives. 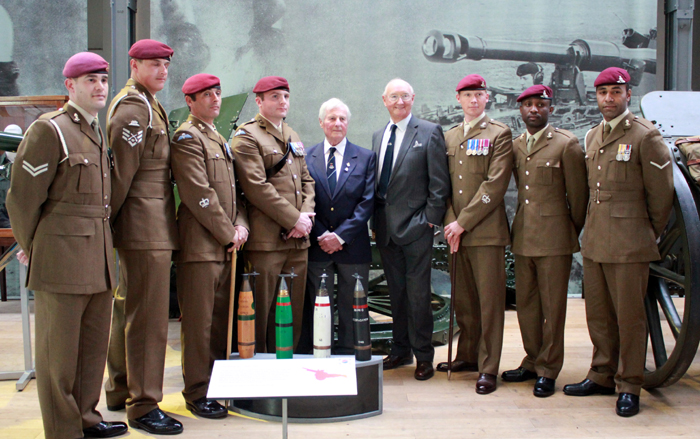 Banner artist Doug Leyland (center) and British soldiers participate in the donation ceremony at the Royal Artillery Museum in Woolwich, London, on May 13.

Tracking down the artwork was not easy.

It is believed that Leyland took the banner home after the war. Since then, the banner has been nowhere to be found, until it was put up for auction last year online. Appreciating the historic value of the artifact, a Korean art collector, Kim Young-jun, purchased the banner. Kim then donated it to the Korean government, saying, “Please use this for a good cause.”

“I think it is a tribute to the way our soldiers and the whole nation, when they are away from home, are connected with where they come from,” said General Sir Timothy John Granville-Chapman, former vice-chief of the Defense Staff of the British Armed Forces. “That is a strikingly good example.” 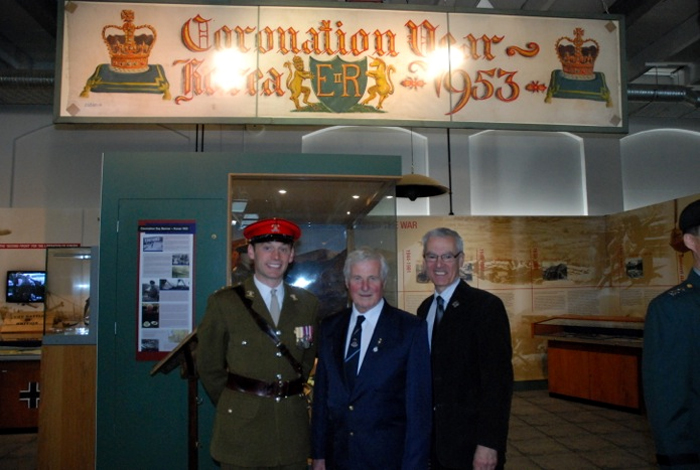 at the Royal Artillery Museum in Woolwich, London, on May 13.

The donation of the 61-year-old banner has enabled the museum to revamp its Korean War display. The museum now has a section in place which tells the story of the British veterans’ celebrations and tragedies in the Korean War, with an array of documents, as well as video clips related to the banner itself.