Released on April 30 was a movie that pivots around the life of King Jeongjo (r. 1776-1800), the 22nd ruler of theJoseon Dynasty (1392-1910). It’s English title is “The Fatal Encounter,” or “Yeokrin” in Korean, meaning, “the king’s wrath.” The title comes from a legend that says that a dragon gets angry when the scales under its chin are scratched or touched by anyone or anything.

According to official estimates from the Korean Film Council on May 19, 3,648,367 domestic tickets to “The Fatal Encounter” were sold between April 30 and May 18, making it the best-selling movie so far this year.

Ahead of the public release, the film was previewed for the press and film experts. Their responses and comments were quite negative. One reviewer said, “The director appears to be accustomed to producing TV shows, but not film.” Another said, “The production seems to have received plastic surgery. Every individual element is shaped perfectly, but when gathered all together, it’s uninteresting and distasteful.” Another described the movie as, “a work that tried to picture too many things at once, and ended up picturing nothing properly.” 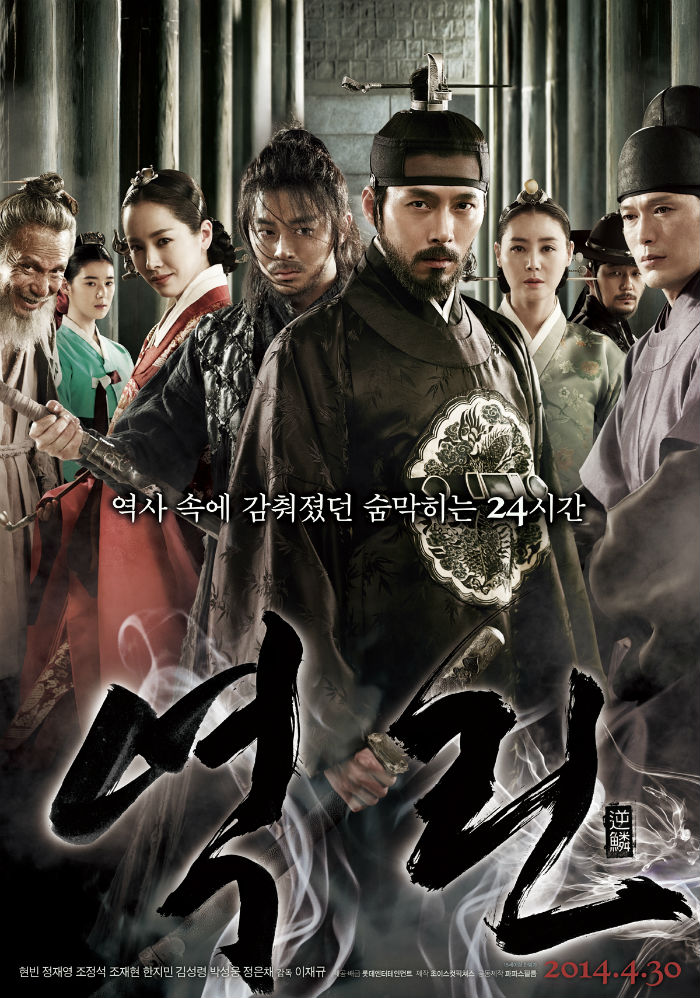 “The Fatal Encounter” tells the story of 18th century Joseon and the assassination attempt on King Jeongjo. (photo courtesy of Lotte Entertainment)

However, the public’s response to the movie has defied the critics. Viewers are gushing with praise and the movie has received many positive responses from movie-going fans. Many online comments say that, “The outstanding acting ability of the cast brought endless surprises,” “I was really moved by the way in which it reminded me of verse 23 from ‘The Doctrine of the Mean,’ by Confucius’ grandson,” “I enjoyed the constructive storyline combined with stunning visuals throughout the movie,” “Everything was just perfect, from the cast and intriguing plots to the beautiful cinematography,” “The story was very touching. I couldn’t help myself from crying,” and, finally, that, “The film opened my eyes to another attractive aspect of King Jeongjo.”

Many commentators found praiseworthy the comparison to the famous Confucian text. A translation of verse 23 from “The Doctrine of the Mean” is below.

Next to the above is he who cultivates to the utmost the shoots of goodness in him. From those he can attain to the possession of sincerity. This sincerity becomes apparent. From being apparent, it becomes manifest. From being manifest, it becomes brilliant. Brilliant, it affects others. Affecting others, they are changed by it. Changed by it, they are transformed. It is only he who is possessed of the most complete sincerity that can exist under heaven, who can transform. (其次致曲 曲能有誠 誠則形 形則著 著則明 明則動 動則變 變則化 唯天下至誠 爲能化)
Doctrine of the Mean, verse 23

King Jeongjo has been brought to life on TV and movie screens many times. The way in which he ascended to the throne is itself is quite dramatic. Jeongjo had to witness his father, Crown Prince Sado (1735-1762), being executed by royal decree after frequent conflicts between palace bureaucrats. In fact, it was Jeongjo’s grandfather, King Yeongjo (r. 1724-1776), the 21st Joseon monarch, who had to issue the decree to execute his own son, Jeongjo’s father. This resulted in Jeonjo always behaving self-consciously and carefully in every aspect of his life. Surviving these difficulties, he eventually came to the throne himself in 1776 at the age of 24, and ruled for 24 years until 1800, when he died at the age of 48.

King Jeongjo strived to eradicate the widespread corruption and the fierce party strife that existed in the palace, and tried to communicate with as many people as possible, some say laying the groundwork for Korea’s future democracy. King Jeongjo has been publicly evaluated as having been a ruler who led a Renaissance in the dynasty. Abundant historical monuments and records were produced under his reign, including the construction of the Hwaseong Fortress in Suwon, listed as a UNESCO World Heritage item, as well as countless amounts of literature and other artistic works. Nowadays, in the late 20th and early 21st century, people are aware of the need for reform across broad segments of society. This atmosphere has brought Jeongjo under a new spotlight.

“The Fatal Encounter” revolves around a real-life assassination attempt on July 28, 1777, a year after Jeongjo’s accession to the throne. On that day, he was reading, as usual, in the Jonhyeongak, a section of theGyeonghuigung Palace used as a library and bedroom. He suddenly heard some sounds on the roof. Being suspicious, the king ordered his servants to look into what was going on. It turned out that an assassin had snuck into the king’s bedroom. Anybody who was possibly related to the plot was punished.

The incident has been remembered in Korean history as one of the most fatal and shocking assassination plots, as the assassin was able to enter the king’s bedroom at the heart of the palace.

Scriptwriter Choi Sung-hyun was strongly attracted to the political background surrounding King Jeongjo and the fact that he was the son of Crown Prince Sado. Before his execution, Sado was branded as a rebel and was locked in a small wooden rice chest, left there to perish and to die after eight days. In a similar vein, this assassination plot had now placed the king in danger. With this in mind — the destiny of each person related to the plot — the scriptwriter created the storyline for “The Fatal Encounter,” tracing the 24 hours before the assassination, weaving a plot of tension and intrigue for each of the characters involved.

King Jeongjo — young, strong and dignified, even under the threat of assassination — is played by Hyun Bin, who takes a role in a historical drama for the first time. Despite it being his first time in hanbok and beard, Hyun is perfectly cast, immersing himself in the role about which he read a lot. He even learned swordsmanship, archery and horse-riding for the role. Director Lee Jae-kyu and staff praised him for his efforts and excellent performance. “He has a perfect resemblance to King Jeongjo,” exclaimed a staff member.

The role of court eunuch, responsible for assisting the king and managing his library, is played by Jung Jae-young. Jung’s acting ability and his ability to immerse himself in a new character are always praised by an impressed audience.

The role of the most famous assassin of the Joseon Dynasty, destined to make an attempt on the king’s life, is played by Jo Jung-suk. Lately, Jo has been enjoying his popularity with recent hits including “Architecture 101″ (2012) and “The Face Reader” (2013).

The role of Gwangbaek, the head of the assassins, is played by Cho Jae-hyun. Queen Jeongsun, who has great ambition, is played by Han Ji-min. Crown Princess Hong, struggling to protect her son, King Jeongjo, is portrayed by Kim Sung-ryung, a regular face on both the small and silver screen. A politician who supports and protects the new king is played by Park Sung-woong, and a female court servant in charge of the king’s clothing is portrayed by Jung Eun-chae. The great cast of “The Fatal Encounter” itself has already raised expectations and improved ticket sales among movie fans.

The film is director Lee Jae-kyu’s first full-length picture, though he has had a number of successful TV shows, such as “Beethoven Virus” and “The King 2 Hearts.” During production, Lee checked and verified every single detail, from the shoot location to the costumes. Nothing was done without his hands touching it. Lee devoted all his heart and soul to the production of every single scene, allowing audiences to feel the tension of the film’s overall silent atmosphere. The movie is also now getting good reviews because of the balance shown between breathtaking action sequences and scenes that focus on sensitive and delicate emotions. 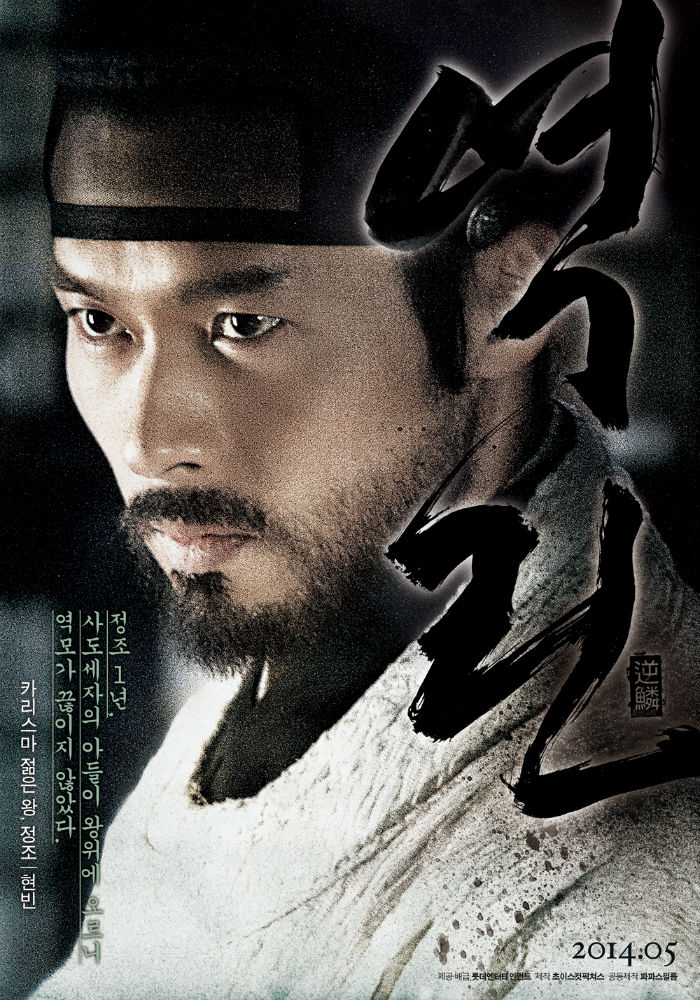 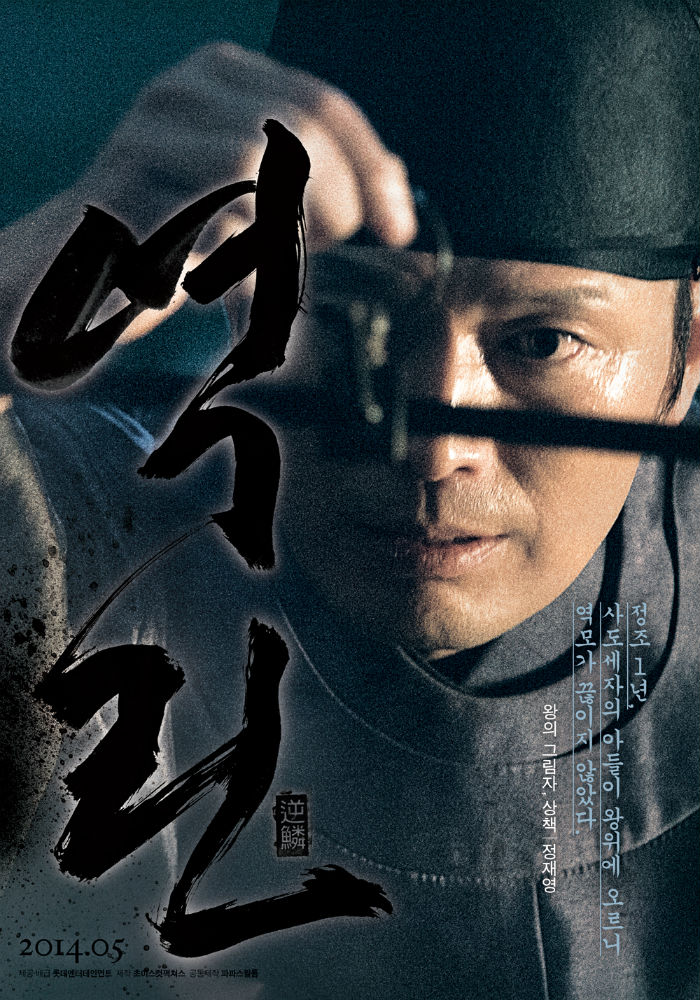 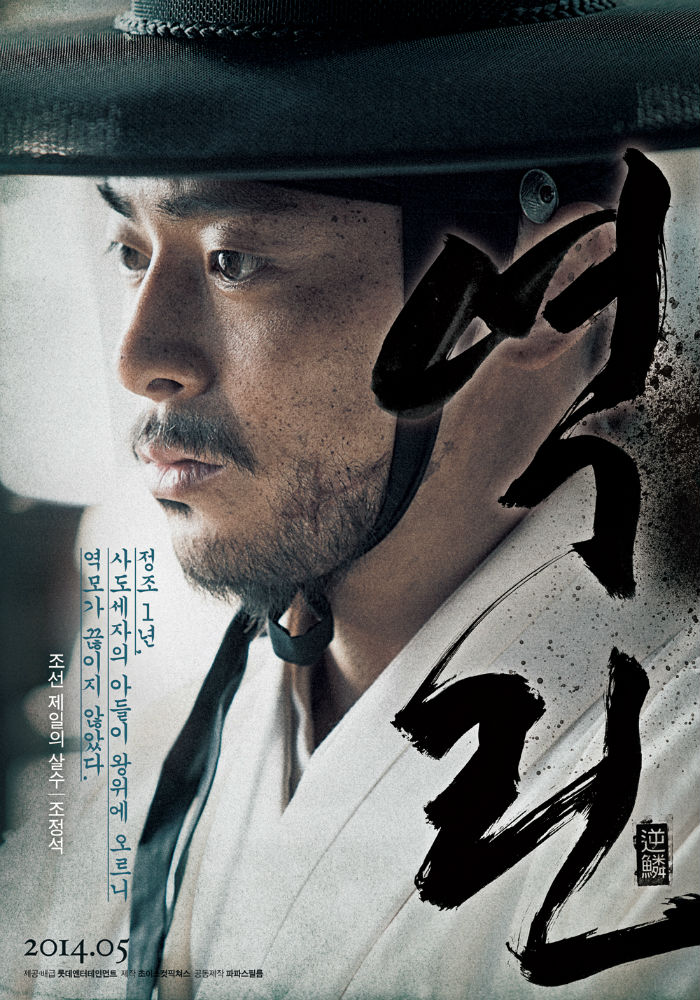 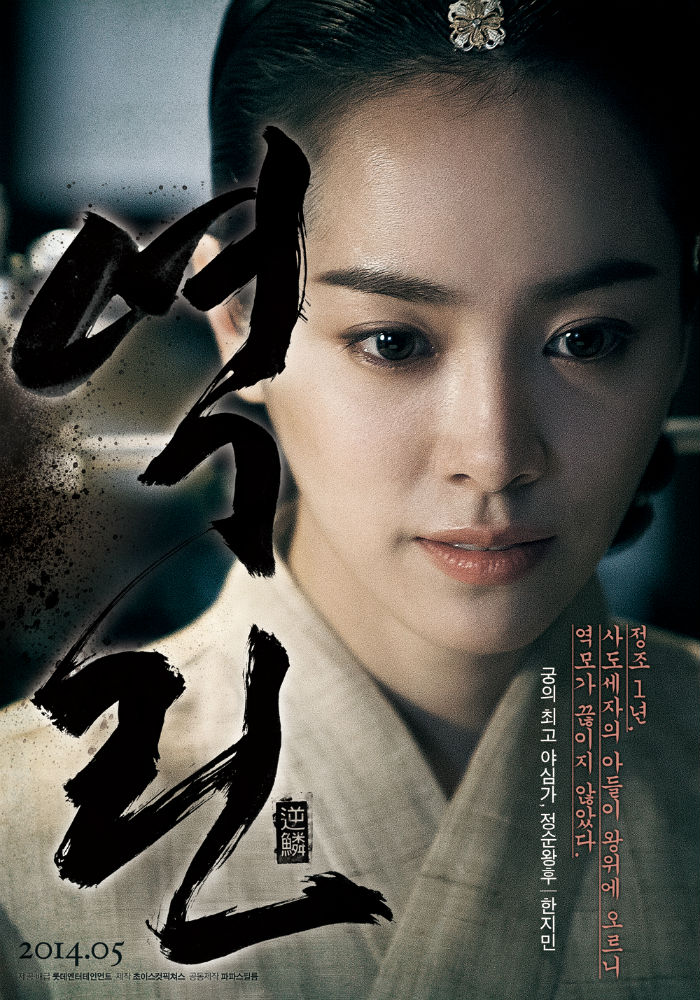 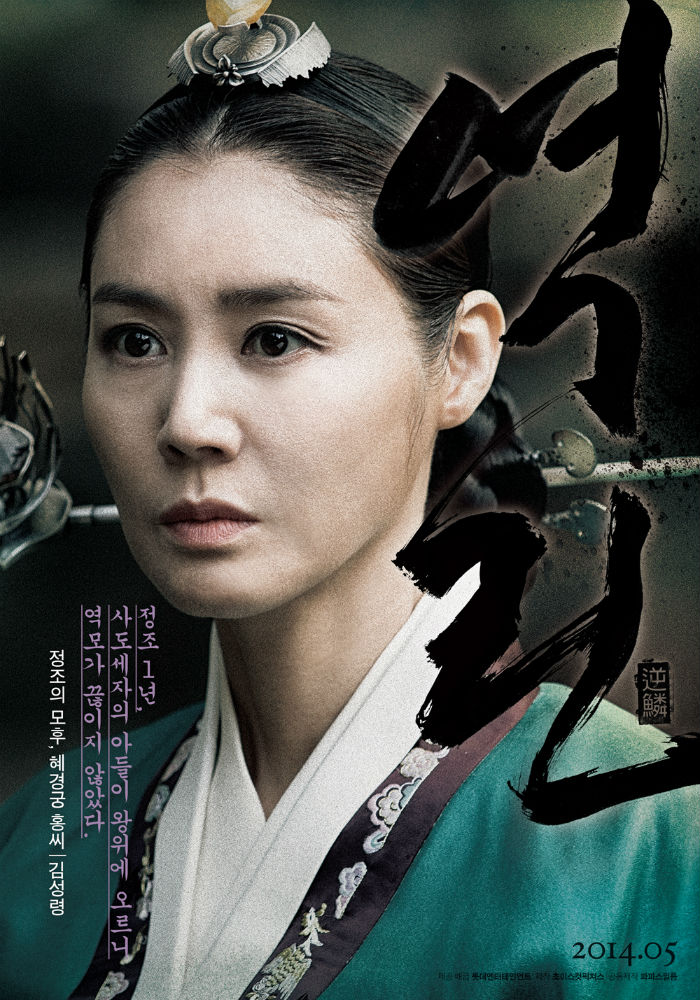 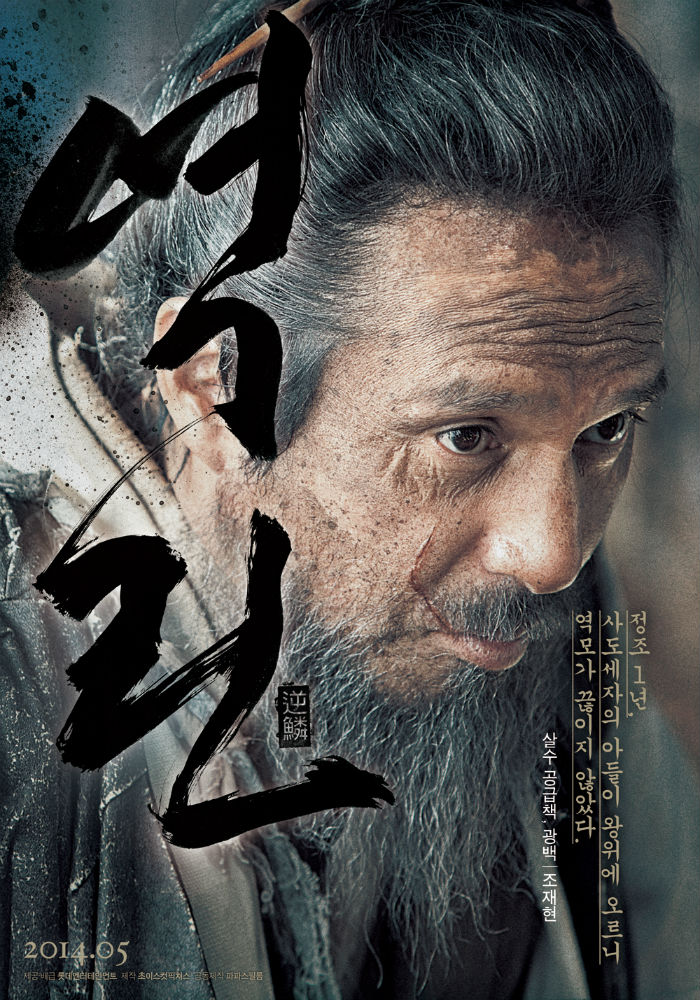 Cho Jae-hyun plays the head of the assassins 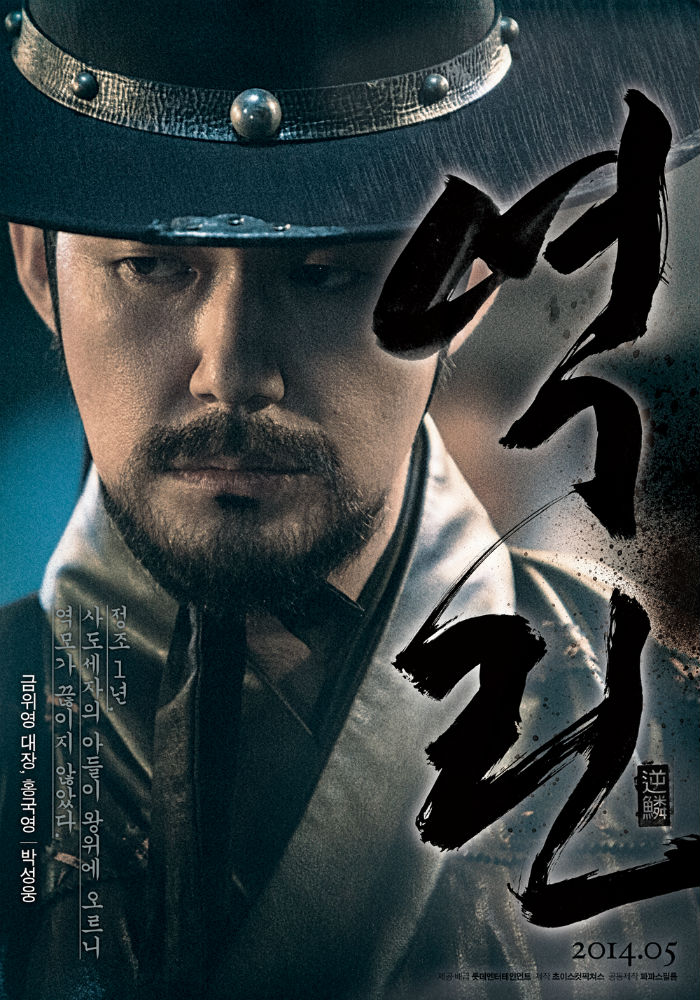 Park Sung-woong plays the head of the king’s guard

(All photos courtesy of Lotte Entertainment)