Spring is just around the corner, and in this beautiful and varied country that means two things; temperatures beginning to rise again after the Siberian winds of winter, and trees heaving with gorgeous pink and white cherry blossoms. So make the most of this most gorgeous and pleasantly temperate time of year with a few of these ideas. 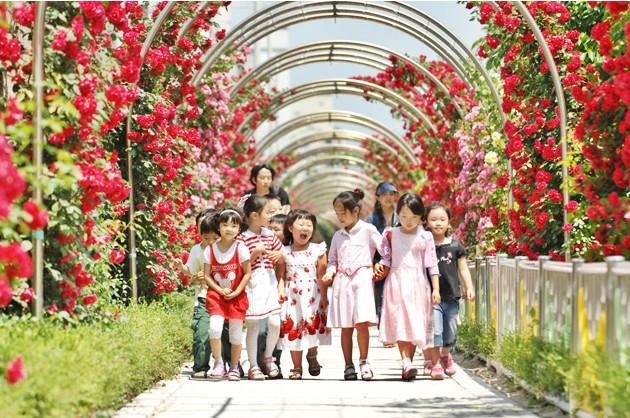 Cherry Blossom in Seoul
The best place to catch this wonderful act of nature, right here in Seoul, is to head to Yeouido Park. There you`ll find hundreds of thousands of pink and white blossoms nodding gracefully in the sun. It`s a truly wonderful sight to behold and it doesn`t last for long, so for the beautiful hues of flowery pink and white you`d better move fast! This year’s annual Yeouido Cherry Blossom Festival will be held from April 13 to April 20, 2014. (Dates are subject to vary depending on weather)
How to get there: Yeouinaru Station (Line 5), Exit 1 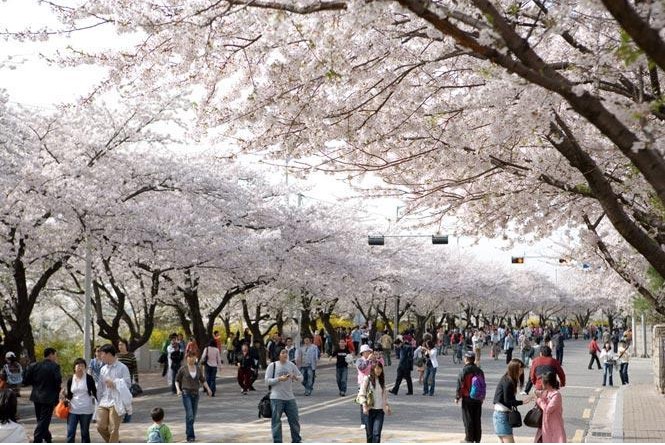 Parks
For families and couples, the best places to go for a spring outing are the major parks located in Seoul. These parks are conveniently located near various means of transportation and offer various other activities to enjoy as well as food to snack on. Have a great time at parks such as North Seoul Dream Forest, Ttukseom Seoul Forest, and Sangam World Cup Park.

Small mountains and parks in the city
Even though Seoul is a bustling city, there is a surprising amount of natural beauty amidst the chaos. The small mountains and parks located in the heart of the city make for a great spring outing. These places have great paths for taking a stroll and are usually surrounded by cultural spaces and restaurants. Among these, Naksan (Mt.), Seodaemun Ansan (Mt.) and Seokchon Lake (Songpanaru Park) are the most recommendable.

Scenic drives
If you want to go for a scenic drive, the best roads for forsythias and azaleas would be Gamsawon-gil (Street) in Jongno-gu and Bukgak Skyway. For beautiful pink cherry blossoms, Jeungsan-no (Road) in Eunpyeong-gu, Gomdallae-gil (Street) in Gangseo-gu and Cherry Blossom Road in Geumcheon-gu are the most recommendable. Bugak Skyway is the most beautiful driving route in Korea. Forsythias and azaleas flourish here, and with the neighborhoods of Seongbuk-dong, Buam-dong, and Sajik-dong nearby, it’s easy to catch a cultural performance or grab a bite to eat afterward.

Changdeokgung Palace
Of Seoul’s five ancient palaces, Changdeokgung is the most wonderful; aside from the beautiful, ancient Korean architecture there’s a Secret Garden that visitors can explore with lakes, gigantic trees and small temple structures to see. The palace was originally built between 1405 and 1412, and is now a World Heritage Site of great importance to Korea. Not only is the palace complex a wonderful walk, but the forested secret garden boasts some of the city’s cleanest and freshest air. The majestic Royal Library, overlooking the pond, is a serene and peaceful place to sit and watch the world go by, a rare thing in Seoul! Visitors can choose between a shorter or longer tour of the forested gardens; the longer one is well worth the slightly higher tour charge.
How to get there: Anguk Station (Line 3), Exit 3

Jogyesa Temple
This Buddhist temple is a real urban oddity; an area of peace and tranquility surrounded on all sides by the high rise office blocks of capitalist Korea. Built in 1932, this beautiful temple is adorned all round the outside with painted pictures of Buddha’s life. Jogyesa is the headquarters of a Buddhist sect called Jogye, Korea’s largest, and Zen meditation is the relaxation method of choice here. This is where to come for the annual Lotus Lantern Festival (April 24 – May 11, 2014), where several days of exhibitions and celebrations take place, the highlight being the walk from Dongdaemun to Jogyesa in which 100,000 lanterns are borne aloft through the city’s streets towards the temple.
How to get there: Anguk Station (Line 3), Exit 6. Walk straight, up to the big road junction, take the left fork and walk down the road 100 meters. The temple will appear on your right. 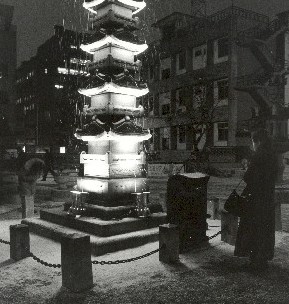 War Memorial Museum
Whether it’s to discover how the Korean forefathers defended their land and families against attacking forces centuries ago, a desire to see their impressive cache of killing technologies that include a genuine-article Soviet SCUD missile, or a curiosity about how the North Korean attack upon the South sent millions of refugee Seoulites fleeing south of the capital in fear of their lives, Seoul’s fascinating War Museum is well worth checking out. To step into the place and stand face to face with mean-looking busts of military heroes through history, men who fought hard and died honorably for their country, is an experience not easily forgotten.
How to get there: Samgakji Station (Lines 4 and 6), Exit 12 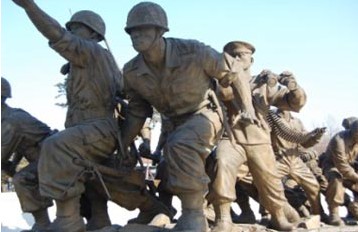 Hangang (River) Park
According to the season, fishing, windsurfing and waterskiing are popular pursuits along the river and a wide variety of parks and greenery are to be found all year round, with a different atmosphere for each season. The river’s principal island, Yeouido, has an enchanting park with groves, grass, pond and pavilions. A bike path and walking trails wind gracefully through the greenery, all conveniently linked to the riverfront via an underpass. The Ttukseum resort, plus the Seongsan and Mangwon zones of the river are great places for an amazing array of sports and leisure pursuits. Basketball, jogging, open air swimming pools, playgrounds, badminton and tennis are all readily available, plus it’s a great place to just stroll, relax and enjoy the atmosphere. Cycling is popular here and bike paths extend throughout the full length of the Hangang (River).
More information: https://hangang.seoul.go.kr/eng/ 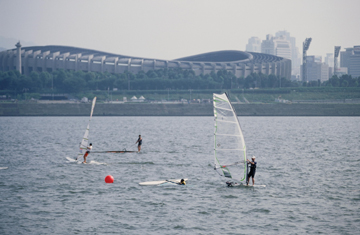