Spring has sprung along Hangang River

The Hangang River is a large waterway that penetrates Seoul, the capital city of Korea, on its way to the ocean. It is the third longest Korean river, after the Amnokgang and the Dumangang Rivers along the northern border of the Korean Peninsula. The river is surrounded by wetlands, inhabited by various animals and plants. As winter comes to an end, many animals these days are appearing around the mouth of the river and along the riverside ecoparks to enjoy the spring air and to start life anew.

One of the most well-known spots to find a broad range of ecodiversity is the Janghang wetlands at the mouth of the river. This estuary is the natural confluence of the river and the sea. Located within a 30-minute drive of Seoul, the wetlands are a paradise for animals big and small. Birds, such as the herring gull, the bean goose and the white-naped crane, which Korea has adopted as a natural monument, can all be found there. The mudflats offer great shelter not only for birds, but also for deer. About 100 deer also live in the park. Mudflat crabs and land crabs can be found in the wetlands, too. 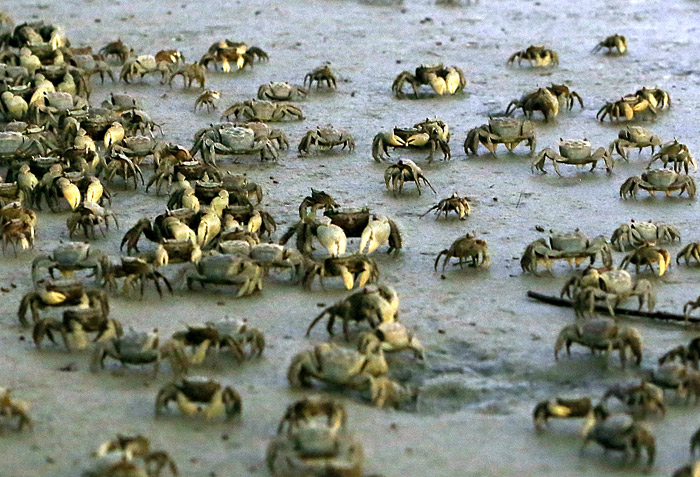 Mudflat crabs show up in the Janghang wetlands. (courtesy of Goyang City) 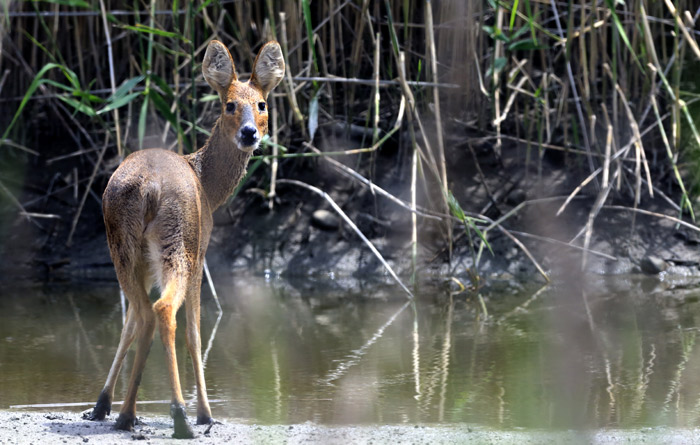 A deer in the Janghang wetlands. (courtesy of Goyang City)

Parks along the Hangang River are also great places for animals and plants. Some famous spots along the waterway are Nanji Hangang Park, Gangseo Hangang Park and Hangang Bamseom Island. According to research undertaken by the Hanriver Basin Environmental Office in 2013, a total of 683 species of mammals, fish, amphibians and birds inhabit the river. This is more than a 41 percent rise over the 481 species found in 2012’s survey.
Hangang Bamseom Island is one of the most popular bird-watching locations, where about 3,000 birds across 70 species can be seen throughout the year. Even perched in just one tree, one can find tens of common cormorants. Other popular birds on the island are mallards, spotbill ducks and mergansers. Gangseo Hangang Park and Nanji Hangang Park are also known as bird shelters. In both locations, bean geese flying in a V-formation can often be seen.
Nanji Hangang Park, which was transformed into a riverside park in 2002 from landfill, is also a great place for animals. In 2002, 438 species inhabited the park. Ten years later, in 2011, the number had risen to 1,210, showing approximately a 3-fold increase, making it one of the most famous ecoparks representing Seoul.
There can be seen narrow-mouthed toads, Dybowski’s frogs, weasels, deer and wildcats, the last of which face extinction across the peninsula. In spring and autumn, migratory birds can be seen. Species include grey-faced buzzards, black-faced buntings, little buntings and herons. The Seoul Metropolitan Government has designated Nanji Hangang Park as a protected area for all wildlife, animals and plants alike. 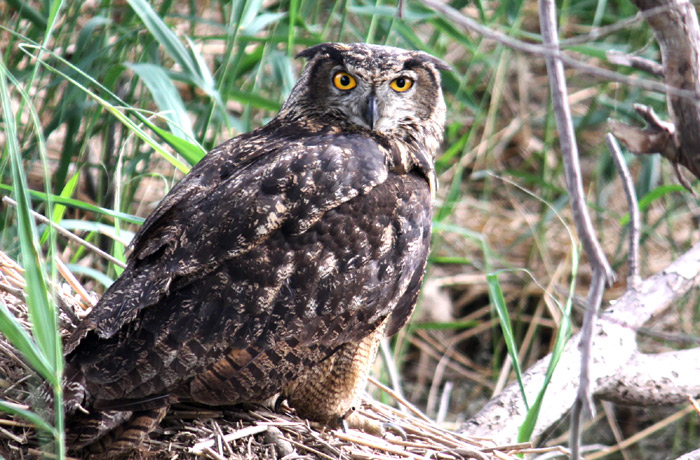 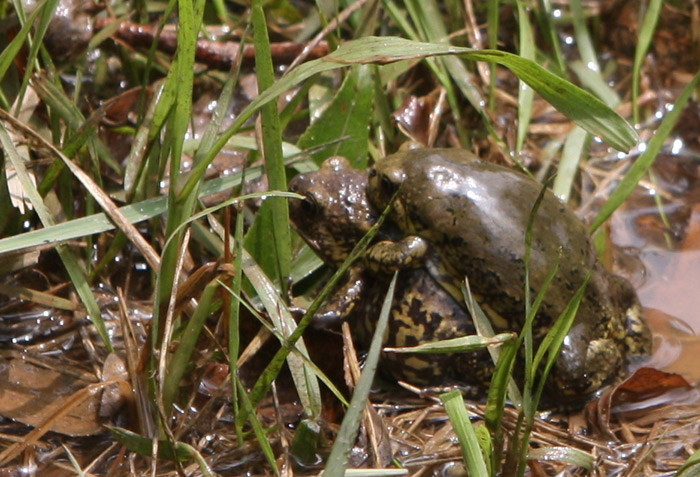