One of the world’s most acclaimed conductors, Myung-Whun Chung, has released his long-awaited new album “Beethoven’s Symphony No. 9″ in collaboration with the Seoul Philharmonic Orchestra. This is his second Beethoven recording released with the German classical record label Deutsche Grammophon. Conductor Chung has included the great German composer in his repertoire since 2006 when he became principal conductor of the Seoul Philharmonic Orchestra. Chung has now once again brought Beethoven back to life with this newly released album. The album was produced by Michael Fine who won a Grammy Award for Classical Producer of the Year in 1992. 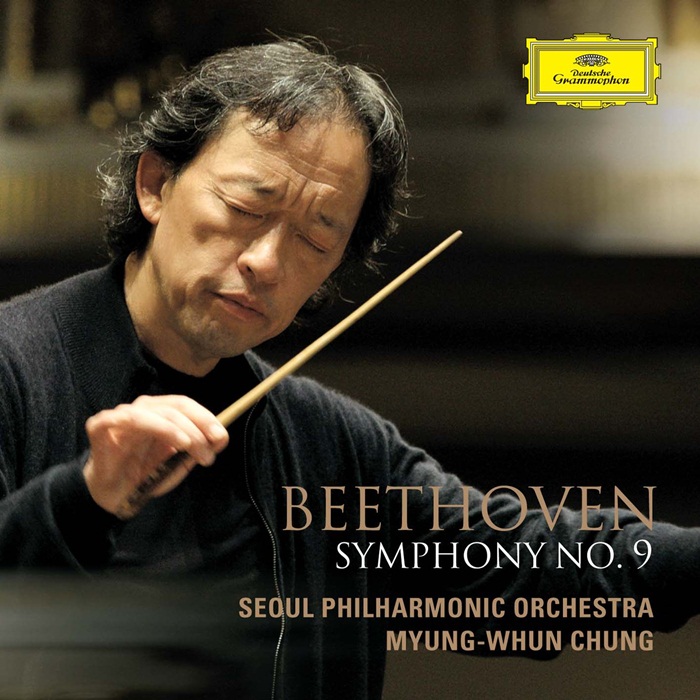 The album includes live recordings from December 2012. In particular, as believed by many, the fourth movement of Beethoven’s masterpiece is the most awe-inspiring part. The famous choral finale is known to be the first-ever symphony of its kind that includes choral parts. Around seven minutes into the work, a baritone starts to sing and the choral part continues to the end. The lyrics are largely based on German poet Friedrich von Schiller’s “Ode to Joy,” with some additional introductory words written by Beethoven himself. On Chung’s new album, those parts have been sung by four world renowned singers: soprano Kathleen Kim, mezo-soprano Yang Song-mi, tenor Kang Yosep and bass-baritone Samuel Youn. It is Youn who sings the introductory part, staring with, “Oh friends,” in his signature low-pitched voice. Coupled with the harmony of the National Chorus of Korea, the Seoul Motet Choir and the Anyang Civic Chorale, the group of singers sing of their love for humankind, unity and hope that long resonates in the mind. Before he became a classical maestro and was lauded as a “spiritual conductor” by the French daily Le Monde, Chung spent years studying at two prestigious schools, the Mannes College of Music and the Julliard School, both in New York.He built his conducting career working with many European and American orchestras: first, the Los Angeles Philharmonic Orchestra in 1979; then, the Berlin Philharmonic Orchestra; the Vienna Philharmonic Orchestra; Royal Concertgebouw Orchestra; the London Symphony Orchestra; the Staatskapelle Dresden; the Leipzig Gewandhaus Orchestra; the New York Philharmonic; the Chicago Symphony Orchestra; and, the Cleveland Orchestra.Since 2000, Chung has served as the music director of the Orchestre Philharmonique de Radio France. In 2005, he started working as an artist consultant for the Seoul Philharmonic Orchestra and since 2006 has been serving as the principal conductor there. Cellist Ryo Mee-hae’s first albumAnother musician has also unveiled a new album with Deutsche Grammophon. Cellist Ryo Mee-hae recently put out her first album, “Elgar, Saint-Saens Cello Concertos.” The 46-year-old cellist started making a name for herself in the classical world performing with the Berlin Philharmonic Orchestra and the Rome Symphony Orchestra. She also played the finale at the global classical star studded Cesky Krumlov International Music Festival. She has compressed all her musical experiences into this album. 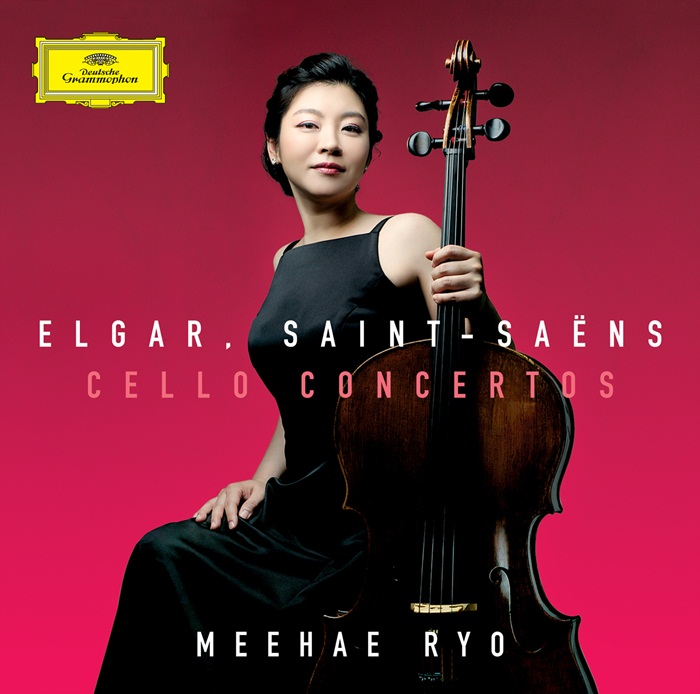 On the album, the cellist brings to life cello concertos by Edward Elgar (1857-1934), such as his cello concerto in E minor, and by Camille Saint Saens (1835-1921), including his cello concerto No. 1 in A minor. She is accompanied by the Grammy Award-winning Nuremberg Orchestra under the baton of Amaury du Closel who has served as the permanent conductor for the National Radio Chamber Orchestra of Romania. The orchestra has collaborated with numerous world-class singers, such as Cecilia Bartoli, Cheryl Studer and Jose Carreras, and has also been engaged in the recording of many movie soundtracks. This album was recorded at the Meistersinger Halle in Nuremberg, Germany, over three days from February 13 to 16 this year. Ryo went to the Julliard School and graduated from the Michigan School of Music where she later earned a doctorate. The musician started gaining recognition mainly across the U.S. and Europe as she won the British Aberdeen International Chamber Festival and other competitions.Having so far performed together with much-lauded orchestras including the Seoul Philharmonic Orchestra, the Universal Philharmonic Orchestra, the Berlin Symphony Orchestra and the Greek National Symphony Orchestra, she has now grown into one of the most recognized cellists, both domestically and internationally. By Wi Tack-whan, Sohn JiAeKorea.net Staff Writerswhan23@korea.kr