The plaza in front of City Hall in downtown Seoul was twinkling with festive cheer last Saturday night as the lights on the 18 meter Christmas tree were switched on. 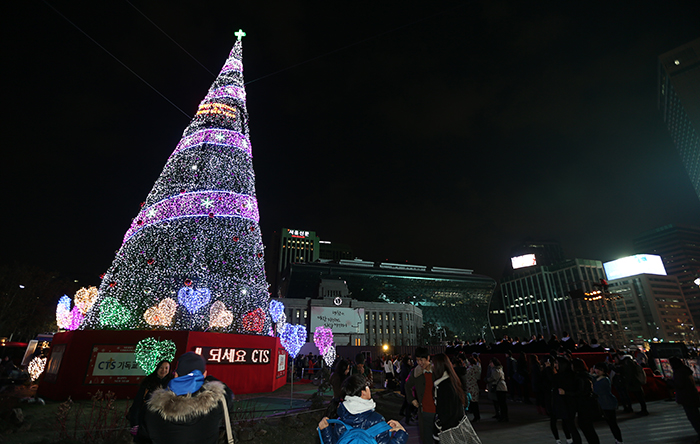 On November 30, citizens collect holiday memories at the giant Christmas tree in the square in front of Seoul City Hall,

taking pictures of loved ones and themselves against the festive backdrop. (photo: Jeon Han)

During their addresses, participants called for better care to be taken of underprivileged families, as they can be easily marginalized from society, especially toward the end of the year. The giant Christmas tree will continue to emit its lights in various colors and shapes until January 4 next year. 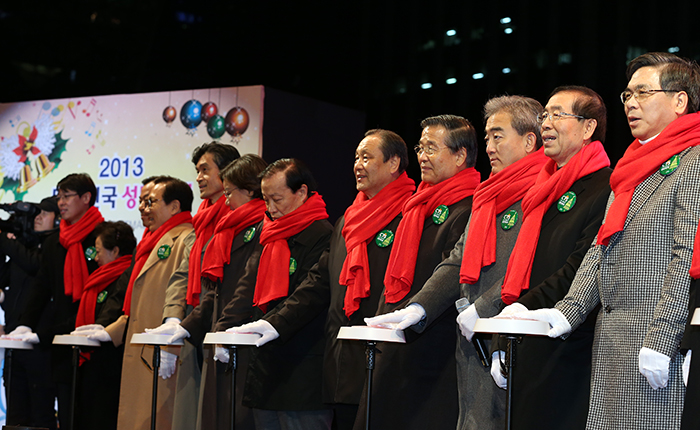 during a lighting ceremony on November 30. (photo: Jeon Han)

During the lighting ceremony on November 30, a children’s choir sings a Christmas carol. (photo: Jeon Han)