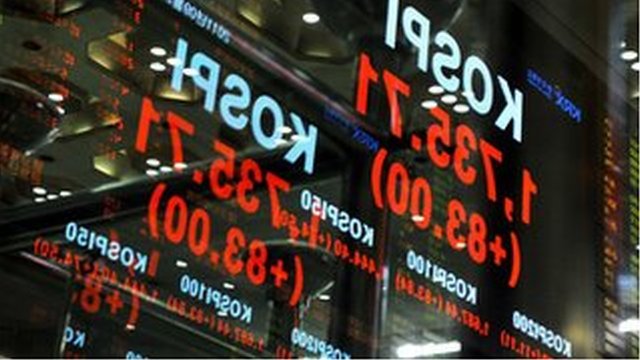 South Korea has a market economy which ranks 15th in the world by nominal GDP and 12th by purchasing power parity (PPP), identifying it as one of the G-20 major economies. It is a high-income developed country, with a developed market, and is a member of OECD. South Korea is one of the Asian Tigers, and is the only developed country so far to have been included in the group of Next Eleven countries. South Korea had one of the world’s fastest growing economies from the early 1960s to the late 1990s, and South Korea is still one of the fastest growing developed countries in the 2000s, along with Hong Kong, Singapore, and Taiwan, the other three members of Asian Tigers. South Koreans refer to this growth as the Miracle on the Han River. Having almost no natural resources and always suffering from overpopulation in its small territory, which deterred continued population growth and the formation of a large internal consumer market, South Korea adapted an export-oriented economic strategy to fuel its economy, and in 2010, South Korea was the seventh largest exporter and tenth largest importer in the world. Bank of Korea and Korea Development Institute periodically release major economic indicators and economic trends of the economy of South Korea]

In the 1997 Asian Financial Crisis, South Korean economy suffered national bankruptcy and relied on the bailout by the IMF that re-structured and modernized the South Korean economy with successive DJnomics policy by President Kim Dae Jung, including the resultant of the national development of the ICT industry. Despite the South Korean economy’s high growth potential and apparent structural stability, South Korea suffers perpetual damage to its credit rating in the stock market due to the belligerence of North Korea in times of deep military crises, which has an adverse effect on the financial markets of the South Korean economy. However, renowned financial organizations, such as the International Monetary Fund, also compliment the resilience of the South Korean economy against various economic crises, citing low state debt, and high fiscal reserves that can quickly be mobilized to address any expected financial emergencies. Other financial organizations like the World Bank describe Korea as one of the fastest-growing major economies of the next generation along with BRIC and Indonesia. South Korea was one of the few developed countries that was able to avoid a recession during the global financial crisis, and its economic growth rate will reach 6.1% in 2010, a sharp recovery from economic growth rates of 2.3% in 2008 and 0.2% in 2009 when the global financial crisis hit.

South Korea was a historical recipient of official development assistance (ODA) from OECD. Throughout the 1980s until the mid-1990s, South Korea’s economic prosperity as measured in GDP by PPP per capita was still only a fraction of industrialized nations  In 1980, the South Korean GDP per capita was $2,300, about one-third of nearby developed Asian economies such as Singapore, Hong Kong, and Japan. Since then, South Korea has advanced into a developed economy to eventually attain a GDP per capita of $30,000 in 2010, almost thirteen times the figure thirty years ago. The whole country’s GDP increased from $88 billion to $1,460 billion in the same time frame. In 2009, South Korea officially became the first major recipient of ODA to have ascended to the status of a major donor of ODA.Between 2008 and 2009, South Korea donated economic aid of $1.7 billion to countries other than North Korea. South Korea’s separate annual economic aid to North Korea has historically been more than twice its ODA. On June 23, 2012, South Korea is landmarked to become the 7th member of the 20-50 club (with the population surpassing 50 million and maintaining per capita income of US$20,000), chronologically, after Japan, United States of America, France, Italy, Germany and United Kingdom. South Korean economy is heavily dependent on the energy imports and the related refinery technologies  in association with Ministry of Knowledge Economy  of Republic of Korea. The economy of South Korea has the largest indoor Amusement park in the world, the Lotte World, adding the notable export-oriented music industry  guided by the Ministry of Culture, Sports and Tourism  of Republic of Korea.