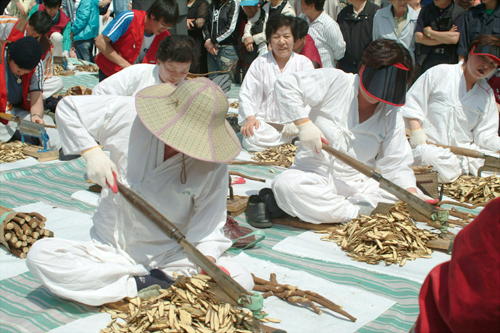 The winter is almost over, and people are busy preparing for the spring. Many people gather at the Kyong-dong Herbal Medicine Market this time of year to prepare a concoction of medicinal herbs to invigorate themselves in the spring.