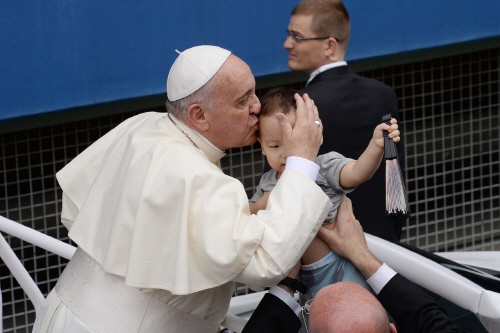 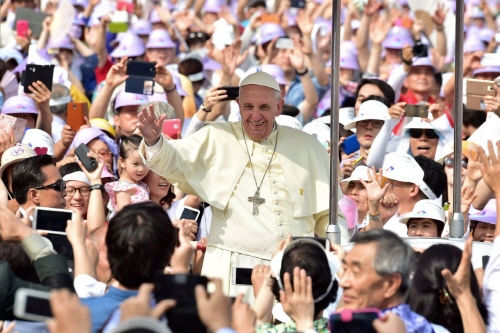 Catholic Tour finally came out for the people who would like to experience the Catholic culture in Korea. It is a new and our country’s very first Catholic tour package.

In 2014, Pope Francis visited Korea for a five-day(14th, Aug ~ 18th, Aug) to attend the 6th Asian Youth day. It’s been 25 years, since Pope John Paul II visited Korea. When Pope Francis, who has had poor but honest life, arrived Seoul, he caught people’s eyes by using a compact car made by Kia Motors. We could see his humility from that and it made him more popular with people, regardless of their religions. For five days, Pope Francis visited several cities and tried to interact with variety of people such as young people in the major seminary, the disabled in the rehabilitation center and leaders of the apostolic laity, etc.

It must be an interesting tour course which Pope Francis visited, especially in Seoul.

Join in this tour to follow the route where Pope Francis visited and get to know what does he do at each place, led by a well-trained tour guide. Also, experience the Korean culture and history and visit places beginning of Catholicism in Korea. 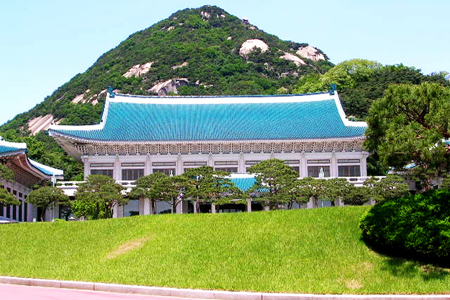 On the first day of Pope Francis visited Korea, after celebrating Holy Mass in private at the apostolic nunciature, he made a courtesy visit to the president of the Republic and met the political authorities at the Blue House. 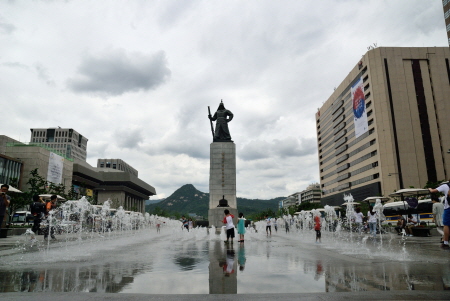 On the third day he visited Korea, after Pope Francis visited the shirine of the Martyrs of Seo So Mun, he celebrated Mass for the beatification of Paul Yun Ji-Chung and 123 companion martyrs at the Gwanghwamun Gate in Seoul. The Car Parade was held through the streets in Gwanghwamun Square. Around a million people filled the area from the City Hall to the Cheonggye Square.

Gwanghwamun Square is located at the center of Sejong-ro which connects Gwanghwamun Gate and Cheonggye Square. On August 1st, 2009, the redesigned Gwanghwamun Square opened to the public. With the inauguration of the square, Sejong-ro, located at the center of the 600-year-old historic city of Seoul, was transformed into a human-centered space that harmonizes with the beautiful scenery of Gyeongbokgung Palace and Bukaksan Mountain.

Yaghyun Parish Church has been originated from a chapel of ease at Sooretgol in 1887. Selection of site was based on proximity to the holy place of martyrdom. The origin of the name Yak-hyun is hill of herbs, where were abundant of herbs. Overlooking the holy place of martyrs, the church stands for a testimony and tribute to their faith.

Built in 1892, Yak-hyun church was the first Gothic style brick structure in Korea. Functionally it was a cathedral until the Myung-dong cathedral’s completion.

Much of its interior had been heavily damaged by an arson attack in 1998 but was restored to its original form in 1999. The Yak-hyun parish is at the heart of Korea Catholic culture. 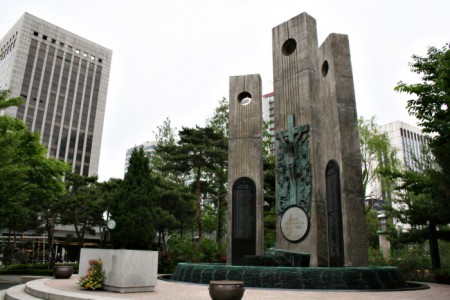 On the third day, before Pope Francis celebrated Mass for the beatification of Paul Yun Ji-Chung and 123 companion martyrs at the Gwanghwamun Gate, he visited the shrine of the Martyrs of Seo So Mun in the morning.

Seosomun, the holy place of martyrs

The crossroads outside Seosomun (One of gates of old Seoul) where now stands the Seosomun Martyrs’ Shrine was, along with Saenamteo, one of the official execution ground under the Joseon Dynasty. Many Christians were martyred on this site during the persecutions of Shinyu(1801), Guihae(1839) and Byung-in(1866). Among them, 44 martyrs of the persecution of Guihae including Saint Paul Chong Ha-sang and 3 of Byung-in were canonized by  John Paul 2 in 1984, and 27 martyrs who are called ‘Servants of God’ are candidates for beatification.

On the last day, the Holy Father, Pope Francis conducted a concluding Mass titled “Mass for Peace and Reconciliation” at Myeongdong Cathedral in downtown Seoul.

Myeong-dong Cathedral, situated in the heart of downtown Seoul, is both the Cathedral Church for the Archdiocese of Seoul and has become a symbol of the presence of the Catholic Church in Korea. In 1784, the first faith community in Korea gathered in this place which was then known as Myeong-Nae-Bang. In 1898, the Church was consecrated with Our Lady of the Immaculate Conception as its patron.

In 1900, the relics of the martyrs who had died in the persecutions of 1839 and 1866 were moved from Yong-San seminary to the crypt in Myeong-dong Cathedral.

Myeong-dong Cathdral is the first brick church in Korea built in the Gothic style.