Discover Seoul’s past and present along the fortress trail

When traveling to new places, it’s always tempting to look for higher ground and the chance to get a bird’s-eye view; a spot that will enable you to truly capture the essence of the place you are visiting. Seoul Fortress Wall is one of those places, as it not only gives an impressive presentation of the city, but also a long-lasting memory of Seoul’s extraordinary history and cultural changes over time. 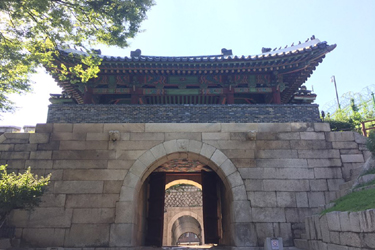 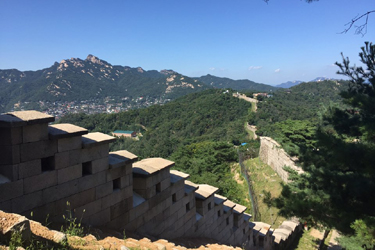 Of the 4 Great Gates(Sukjeongmun, Namdaemun, Dongdaemun, and Seodaemun), established by the Emperor of 1396, Sukjeongmun is called the north gate.
Located to the north of Seoul, this gate, with Gyeongbokgung Palace in the center and Changaemun (Jahamun) to the right, make up the wings of the north gate. Due to the possible danger of the area being damaged from all the pedestrians, the Emperor of 1413 planted pine trees and prohibited passing this area. Henceforth, Sukjeongmun became a scenic walkway until the North Korean Communist infiltration of 1968, which prohibited the passing of all civilians.
The reopening of Sukjeongmun in April of 2006 has led to the opening of Bukak Mountain in April of 2007 and is in the process of dividing it into 3 courses. Bukak Mountain has been kept well-preserved due to a long period of restriction in this area, and if you climb the mountain, you will be able to see all of Seoul in one breath. 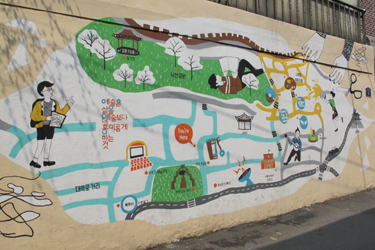 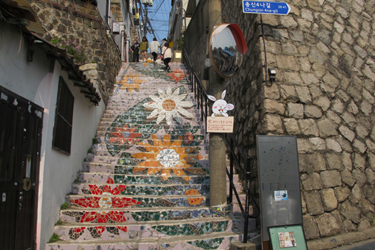 The local Public Art Committee carried out the Naksan Project in 2006 to improve the local environment of Ihwa Village. Approximately 60 artists painted walls and installed artworks for the project. Visitors to the village can enjoy looking for and viewing the beautiful murals and sculptures in the village. 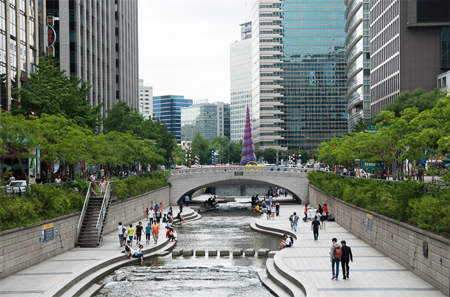