All aboard a traditional sailboat

A traditionally-rigged wooden sailboat revived a few years ago will now be launched at sea and tour around Mokpo and other areas of Jeollanam-do (South Jeolla Province), replicating the lives of sailors from the olden days.The tall ship event will take place off the coast in the Yellow Sea near the National Research Institute of Maritime Cultural Heritage (NRIMCH) on every last Wednesday of the month from June to October. The traditional sailing vessel has no modern equipment, such as an engine or any electrical devices, and is powered solely by the wind. In addition, the ship will be run by experienced sailors who have been sailing for over 30 years, ever since the 1960s. The sailors have travelled everywhere around the western and southern coastline of the peninsula as part of the pottery trade that carried on into the 1980s. 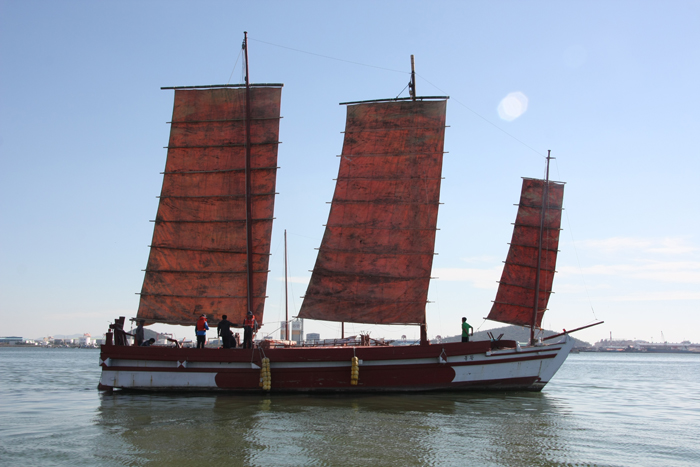 The Bonghwangho will be launched off the coast of the Yellow Sea at NRIMCH headquarters in Mokpo, Jeollanam-do.

The three-masted Bonghwangho, constructed by the NRIMCH in 2010, can be equipped with sails that are 20 meters tall and 5.4 meters across. The wooden ship weighs 19 tons. Until the 1980s, the original ship used to travel around many of the smaller islands along the western and southern shores of the peninsula, such as to Jindo and Wando, as well as to cities like Yeosu, Busan and Jeju. It shipped large jars that were considered necessities at that time.

Participants in the event can attend a shamanistic ritual to pray for a safe trip before heading to sea, as well as hoist the sails, help to paddle, control the wheel and practice their knot skills. To help understand traditional sailboats and sailing in general, there will also be various lectures on the types, structures and characteristics of traditional wooden ships, as well as the wind, sailing skills, Korea’s maritime routes and the traditional earthenware jars that were transported. 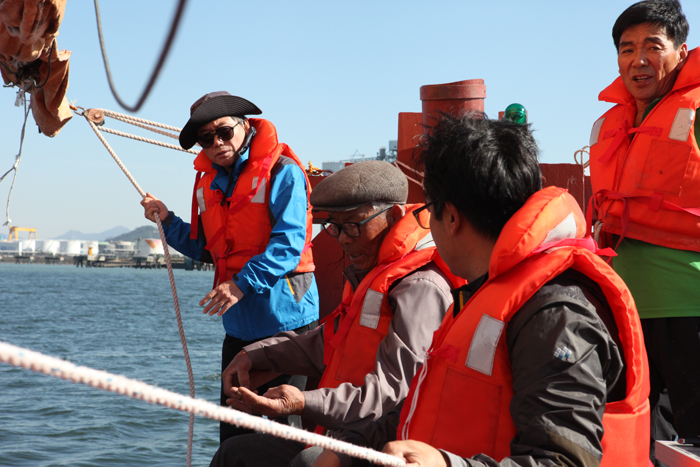 Participants in the event will be able to ride a traditional sail boat with no modern equipment, such as an engine or any electrical devices.

The NRIMCH will take a group of up to 15 people and will accept applications during the first ten days of each month on a first come, first served basis. To apply, please call 061-270-2089 or send an email to danegu@hanmail.net.