A series of events are planned to help non-Korean residents in the country explore Korean historical sites, sports, traditional music and arts & crafts.

The Korean Culture and Information Service (KOCIS), part of the Ministry of Culture, Sports and Tourism (MCST), will introduce a program targeting non-Korean residents to help them experience all aspects of Korean culture, both traditional and modern. The program is designed to help them, “walk, imagine and enjoy,” their time in this country as they explore aspects of the local culture together with their Korean neighbors. As part of the new program, expatriates, diplomats and international media correspondents, among others, will have an opportunity to explore the UNESCO World Heritage sites that are in Korea accompanied by professional guides who have special knowledge about those sites. A total of eight trips are scheduled this year beginning in March. Details about the trips, including schedules and locations, will be posted at the KOCIS homepage (www.kocis.go.kr).

There are also programs designed to help students learn about the humanities. Domestic and international students will be able to form teams and select, study and discuss various aspects of the humanities related to Korea, including historical figures and scholarly traditions. Recruitment for the teams will start in March, and there will be a total of six discussion sessions throughout the year, beginning in April. 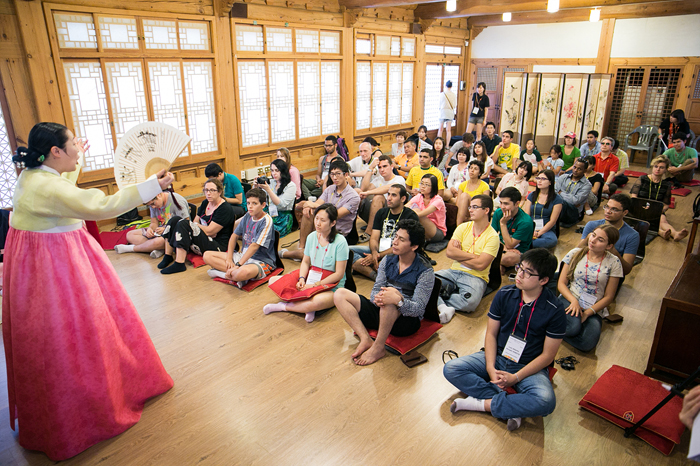 Finally, KOCIS will identify groups and universities that introduce Korean historical sites and traditions to non-Korean residents. It will promote the quality programs through an open contest to provide them with financial assistance. Applications for the contest can be made between February 16 and 24 at the MCST homepage (www.mcst.go.kr) and at the KOCIS homepage (www.kocis.go.kr). 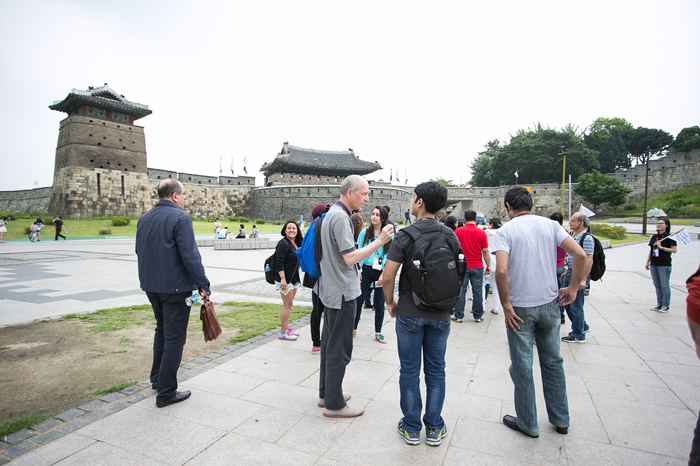 Tourists look around the Suwon Hwaseong Fortress in Gyeonggi-do (Gyeonggi Province) and the Andong Hahoe Folk Village
in Gyeongsangbuk-do (North Gyeongsang Province), both of which are listed as UNESCO World Heritage sites.