A wide range of office furniture can be seen at a Fursys showroom. The black chair in the center was used by leaders at the 2012 Nuclear Security Summit in Seoul.

World leaders who attended the 2012 Nuclear Security Summit and the 2014 ASEAN-Republic of Korea (ROK) Commemorative Summit, as well as staff members and football players at Manchester United and at Tottenham Hotspur FC all have one thing in common.

They all use or have used products made by Fursys, a Korean maker of office furniture. 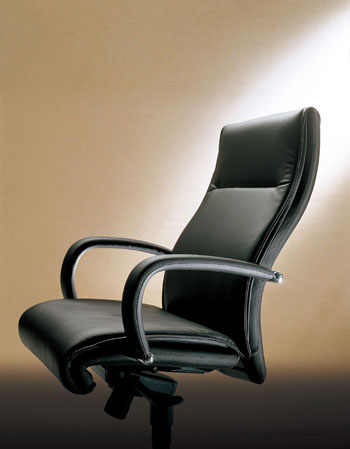 The above Fursys chair was used by leaders at the ASEAN-ROK Commemorative Summit. It was made from high-quality leather and uses a scientific design.

Leaders at the ASEAN-ROK Commemorative Summit praised their chairs during the two-day assembly which recently took place in Busan. They expressed satisfaction for the chair provided by Fursys, which offered a sense of comfort with a wonderful shape and a scientific design based on the human body, and which was made of high quality material.

The history of Fursys traces back to the 1980s. In 1985, the firm first introduced a line of office furniture made of wood and plastic. At the time, most office furniture was made from metal. Fursys soon created a sensation.

Since then, Fursys has been leading the domestic office furniture market.

In 1998, the firm introduced the L-shaped desk “Puzzle.” Reflecting the widespread use of desktop computers, this desk was designed for workers to do both computer work and paper work at the same time. Unlike existing rectangular desks, its rounded design with various colors won high popularity among companies. As of last year, two million Puzzle desks have been sold since its launch, recording sales worth more than KRW 401 billion.

Over the past 30 years, Fursys has been the No. 1 office furniture maker in Korea. The firm supplies its products to more than half of Korea’s 1,000-odd listed companies. People can see its wares at Incheon International Airport, at KTX stations, including Seoul Station, at some general hospitals and at national libraries. 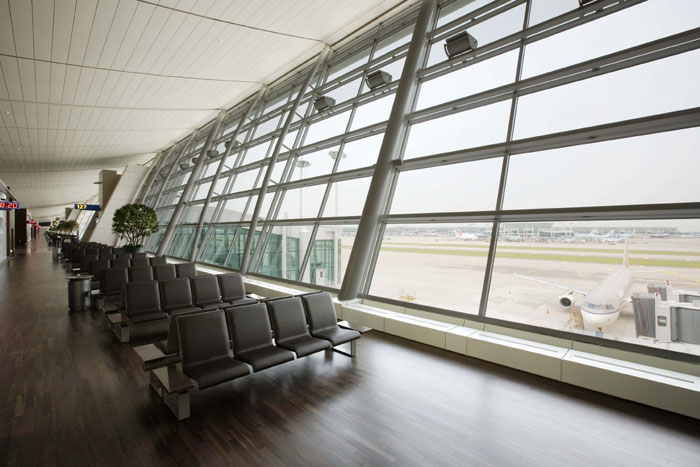 Fursys chairs can be seen at Incheon International Airport.

Fursys enjoys popularity overseas, too. Since 1985, when it first began exports, it has sent its products to over 40 countries, including to the Middle East and Latin America. Last year, it recorded more than KRW 43.3 billion, accounting for about 20 % of its total sales. Its clients include well-known international companies such as IBM, Cisco and SoftBank.

According to Fursys, one or more teams of overseas buyers visit the Fursys showroom at its headquarters every week for consultations on purchases. On December 18, a group of staff members from the Central Bank of Kenya visited the company. They checked every detail of the furniture on display in the showroom and even sat in the chairs. While seated, they all said that, “It’s very comfortable and satisfying.”

Staff from the Central Bank of Kenya look around the Fursys showroom in December to check out the office furniture on offer. 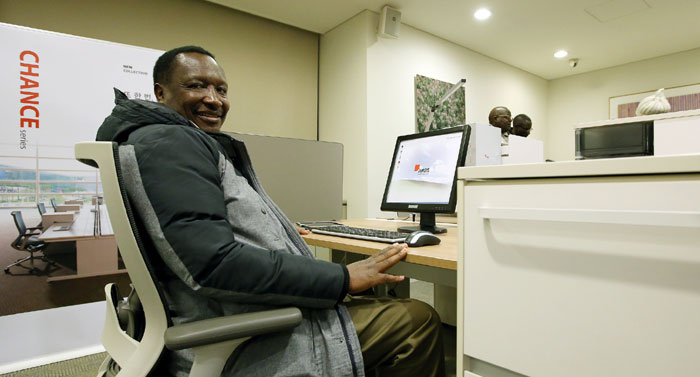 A staff member from the Central Bank of Kenya smiles as he tries out a chair on display in the Fursys showroom on December 18.

The key to the long-lasting popularity of Fursys lies in the company’s endless research and development (R&D) efforts. In 1989, the firm built a furniture research center in Anseong, Gyeonggi-do (Gyeonggi Province), the first-ever of its kind in Korea. This center, which recently moved to Seoul, conducts R&D into scientific designs based on human engineering and furniture production technology, as well as various aspects of the process that can affect the office environment, such as the type of work and firm organization. They reflect all their findings in their products.

Fursys made it a principle to produce all its products itself in order to guarantee quality. It currently runs five factories in Korea, including ones in Pyeongtaek, Chungju, Eumseong and Anseong. Its furniture is divided into five sectors, each with its own specialized manufacturing process: metal furniture, wooden furniture, paint, chairs and furniture made from urethane. 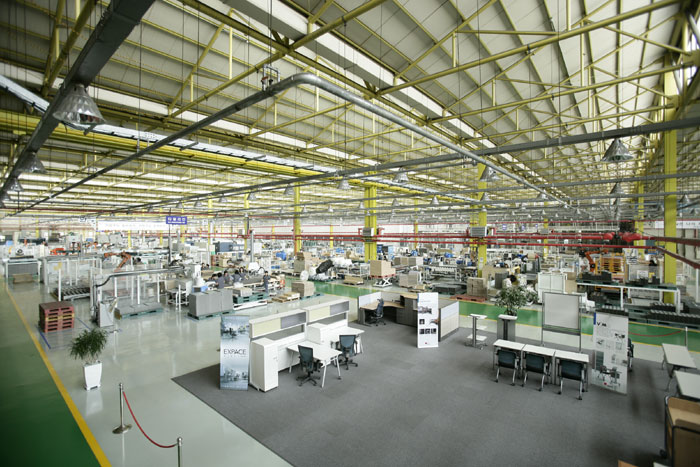 The above photo shows the inside of the Fursys factory in Anseong. This factory builds metal furniture. 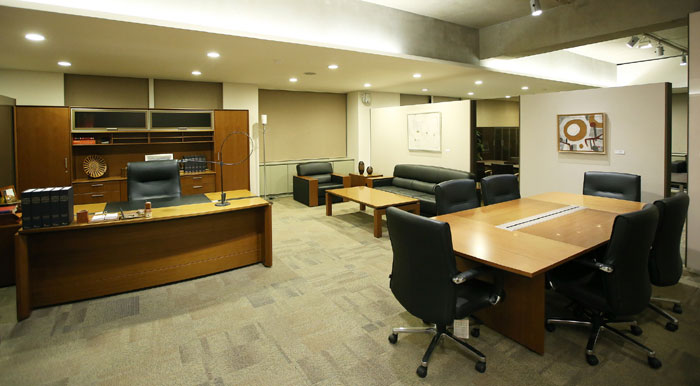 Fursys showcases various kinds of office furniture to suit the many different office environments. The above photo shows a room for a company executive. 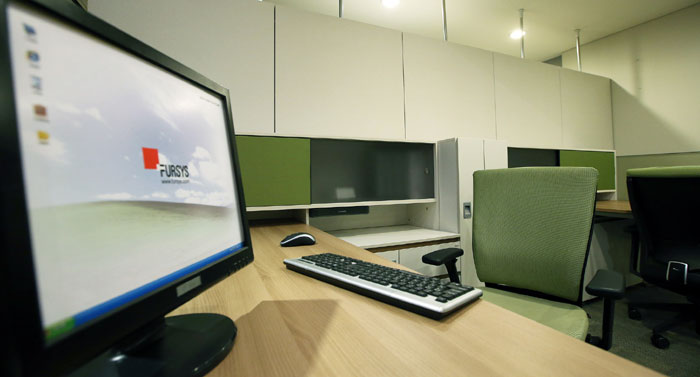 In the showroom, Fursys has office furniture which reflects various work environments. 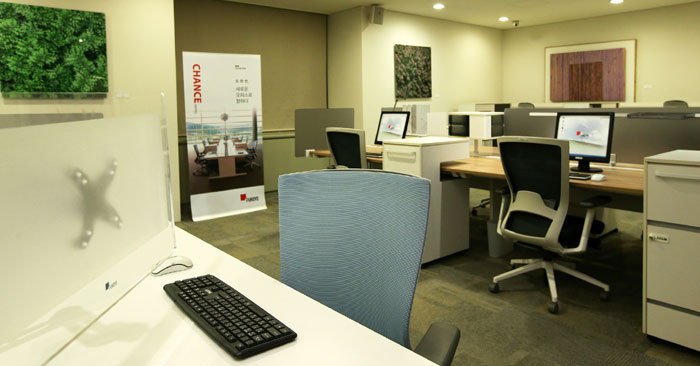 An office environment is recreated inside a Fursys showroom.