Royal Joseon cuisine. as seen in the hit soap opera “Jewel in the Palace,” has now made a comeback in Seoul.

An event to bring back the original form of Korean cuisine and cooking as enjoyed in the royal Joseon palaces, and aimed at developing various new menu items based on the royal traditions, was held at the Samcheonggak, a restaurant in Samcheong-dong in northern Seoul on December 15. For the “Royal Set Menu by Daejanggeum” event, the Institute of Korean Royal Cuisine demonstrated eight different dishes, out of a possible 70, which it has been cataloguing to make them more accessible to the general public. 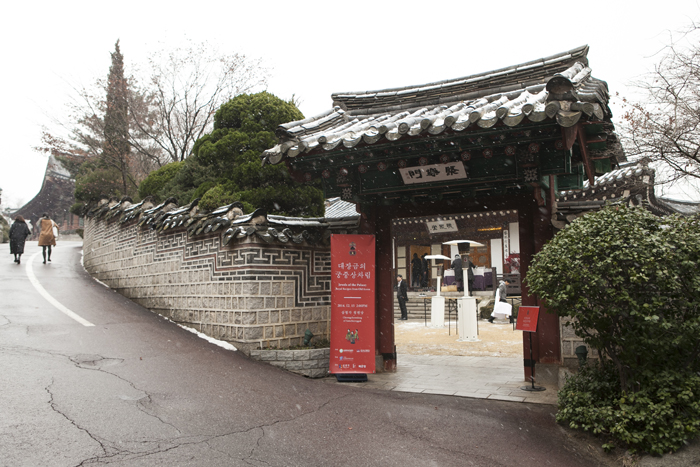 An event to bring back royal cuisine is held at the Samcheonggak, a traditional restaurant in northern Seoul, on December 15.

Han Bok-ryeo, president of the Institute of Korean Royal Cuisine, gives a royal Joseon cooking demonstration, as chefs and journalists look on.

The institute introduced a set menu for six people that was based on food seen in the drama. Some 40 chefs and journalists attended the event, watching how the set menu was organized and enjoying the food afterward.

The institute intends to publish a cook book, “Royal Set Menu by Daejanggeum,” next year and distributed two sample chapters of the book in both Korean and English at the event. The book introduces the history and values related to royal cuisine and explains how to cook the food in an easy way so that beginner chefs can actually follow the instructions and cook the food at home.

The book contains 70 different recipes for royal dishes accompanied by an explanation of the philosophy behind the food and any stories related to the dish. Pictures from the TV show “Jewel in the Palace” are also found throughout the book. 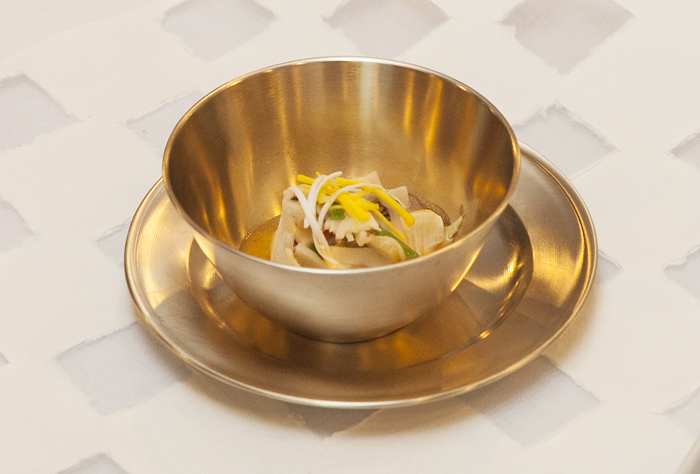 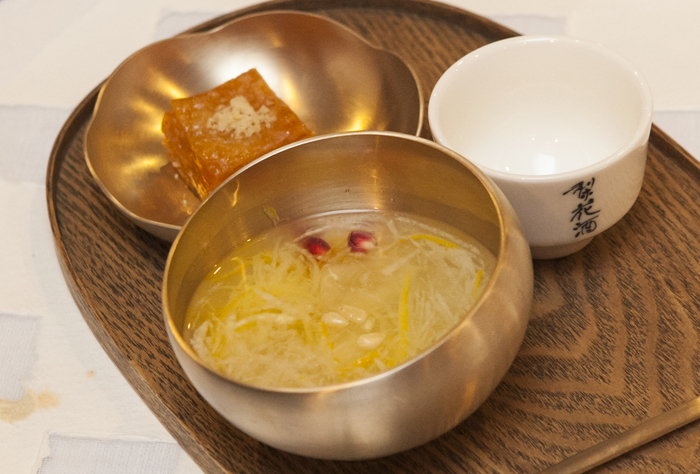 “Culinary tradition is a medium that introduces a country’s identity, history and values,” said Kang Min-su, chairman of the Korean Food Foundation. “We will continue with our various projects, including the revival of the original form of Korean food.” 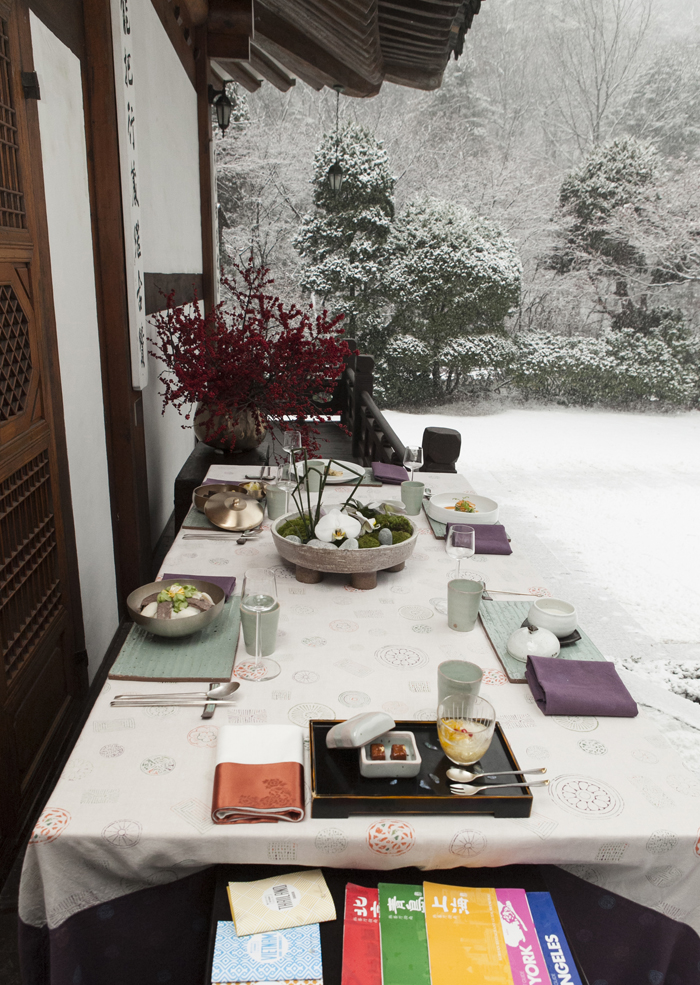 An exhibit of the set menu prepared by the Institute of Korean Royal Cuisine.