The permanent exhibit at the National Museum of Korea (NMK) displays not only Korean relics but also has a collection of East Asian heritage items. Established in 2005, the Asian Arts Section offers visitors a chance to learn about the culture and history of neighboring Asian countries in specific exhibitions: China, Japan, Central Asia and India & Southeast Asia. Starting March 25, the NMK will feature a collection of Asian artifacts in a new exhibition entitled “New Acquisitions of Asian Art.” In addition to heritage items that have been on permanent display, 66 additional relics will be revealed for the first time. Dedicated to highlighting artifacts of three regions, China, Japan and India & Southeast Asia, the exhibition includes Chinese antiques, Japanese handicrafts and paintings and Buddhist-inspired sculptures and paintings originating from India and Southeast Asia. This human-like figurine is believed to have been manufactured in the early 8th century in China during the Tang Dynasty.

The figurine is believed to be female, though she is wearing a man’s garments and headgear.

Archeologists believe it represents a woman taking part in a traditionally “male” activity, such as hunting or hawking. (photo: Wi Tack-whan)

Among the items on display is a human figure that gives a peek into 8th century Tang Dynasty fashion. The figure is believed to be female, even though it’s wearing garments and headgear generally thought to be male. Because the figure has no beard and its lips seem to be sporting lipstick, many experts claim it is a female figurine. In fact, historic accounts say that sports, such as horseback riding and hawking, were very popular among women, too, during the 8th century and that they tended to wear male clothes when undertaking the sports.

A folding screen shows landscape paintings produced in Japan in the early 17th century. (photo courtesy of the NMK)

“Bowl With an Oriental Melon Design” is a porcelain dish manufactured in Arita Town, on Kyushu, in the early 17th century. (photo courtesy of the NMK)

Also on display is the “Merrymaking in a Grand Mansion” folding screen from the early 17th century. It portrays people entertaining themselves around a luxury home in ancient Japan. Comprised of six folding screens, the piece of art features several groups of people playing go, having a cup of tea, playing musical instruments, dancing and having a bath. Visitors to the exhibit will also have the chance to look at some colorful porcelain manufactured around the same time. During that period, these colorful pieces of porcelain were being built in Arita Town on Kyushu. The ceramics come in a variety of shapes and sizes and were in great demand in European countries. Currently on display is the “Bowl With an Oriental Melon Design,” which was completed with an elegant mix of green and purple on a yellow base. 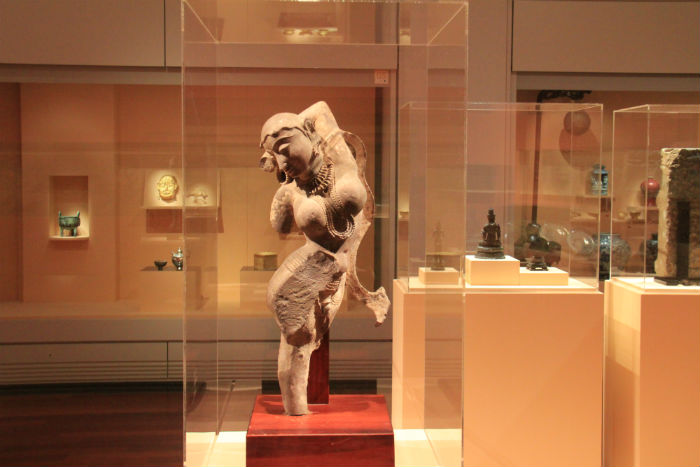 A statue of a goddess produced in India during the 10th century demonstrates the beauty of the human body. (photo: Wi Tack whan)

At the center of the exhibition stands the beautiful Indian statue of a goddess manufactured in the 10th century. Goddesses were one of the more common subjects for sculpture in the Indian arts scenes, often expressed in emotive and erotic manners. These specimens allow the visitor to read people’s ideas and thoughts about the concept of beauty and of the human body, reflecting the inner soul and spirit. The exhibition has many other fascinating items on display, besides the items introduced above, including a mini-pagoda whose artwork allows a peek into funeral traditions and parts of an ancient Indian wall painting that show deeply held Buddhist beliefs.

The exhibition starts on March 25 and runs through to June 22.
More information is available at the NMK website.
https://www.museum.go.kr/site/main/index002 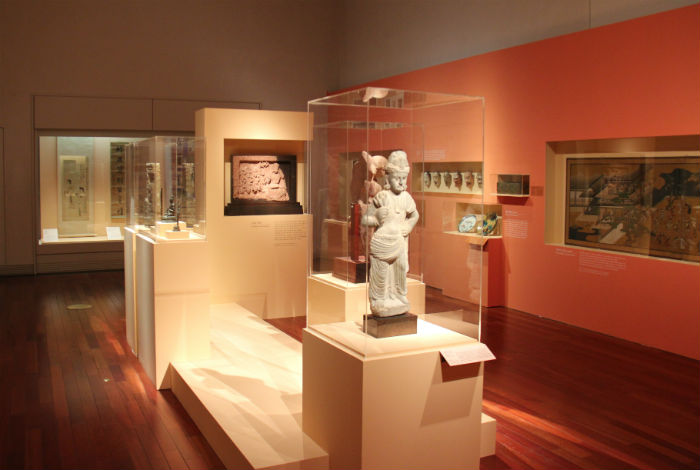 The “New Acquisition of Asian Art” exhibit presents for the first time many East Asian heritage items. (Left) “Lady With Attendants” was produced in China during the Ming Dynasty in the 17th century. (Right) “Courtesans Umegawa and Cunbei of the Courier Firm” is a color printing on a woodblock published during the Edo period in Japan in the 1800s. (photos courtesy of the NMK) 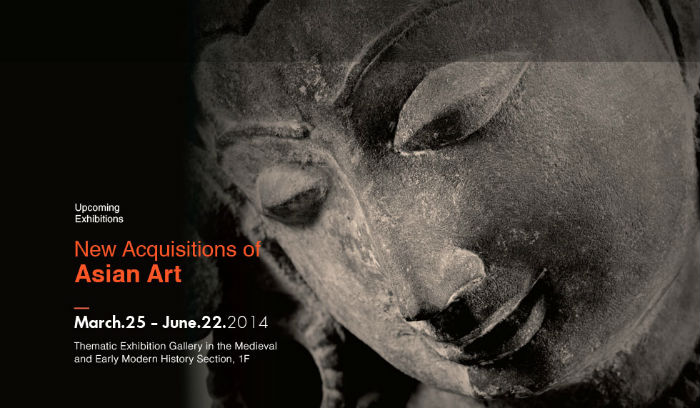 The “New Acquisition of Asian Art” exhibit starts March 25 and runs until June 22.