If you take a walk through Deungnamu Park in Junggye-dong, Nowon District, in northeastern Seoul, you will come across a small hill. Climbing the stairs to the top of the hill, you will find that you are standing on the roof of a museum. What is unique about the Buk Seoul Museum of Art, which opened on September 24, is that it looks like it is half buried in the ground. With an exterior in harmony with the natural surroundings of the park, the museum was awarded the 2013 Seoul Architecture Award.

The museum aims to be a “community-friendly art museum.” This is the fourth, and newest, branch of the Seoul Museum of Art(SeMA), after the main branch in downtown Seoul, the Gyeonghuigung Museum of Art and the Nam Seoul Museum of Art. The opening of the new museum is expected to give a big boost to northeastern Seoul’s cultural infrastructure, as this area has been lagging behind other parts of the city in terms of cultural facilities. 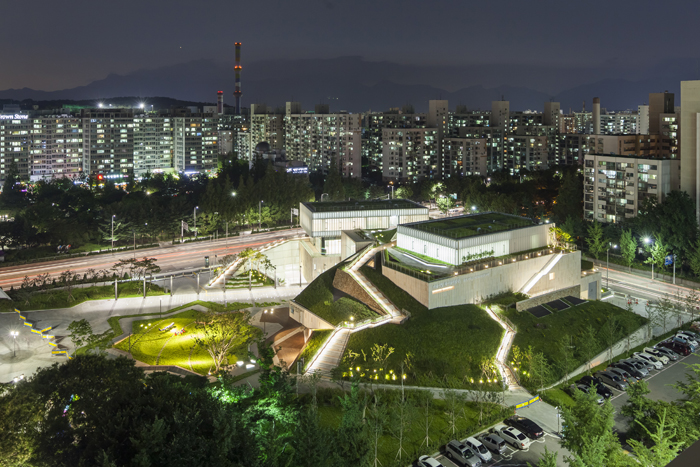 Occupying 17,113 square meters, the museum has a main exhibition hall and photo galleries on the first and the second floors, and the Children’s Gallery and a multipurpose hall in the basement. On the third floor there is a restaurant, some administrative offices and an exit to the park. The interior of the museum is brightly lit by sunshine coming through floor-to-ceiling geometrically-shaped windows placed all over the museum. Zigzag-shaped stairs from the basement to the second floor remind you of the moving staircases at Hogwarts in the Harry Potter films. In celebration of its opening, the museum is holding several special exhibitions, showing off 140 pieces of art that were once kept in storage at SeMA headquarters. The inaugural exhibition, “Scenes vs Scenes,” displays a stream of contemporary Korean art, while another, “Seoulscape,” is a photo exhibition that captures the diversity of Seoul. In the Children’s Gallery in the basement, there is the “I Love Seoul” exhibition with a myriad of SeMA’s formerly storage-bound installations. 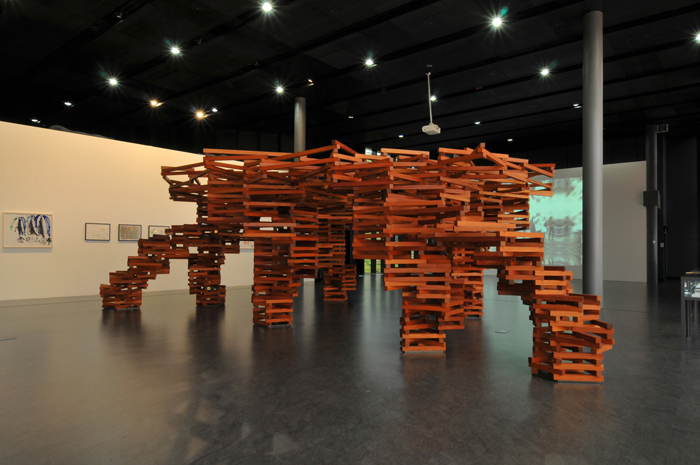 The “Scenes vs Scenes” exhibition on the first floor has modern paintings, sculptures, media art and installations whose genre boundaries flow into one another. Kim Joo Hyun’s “The Web of Life – A Rotary with Nine Piers” is a large installation made of over 1,000 pieces of wood. Spectators can examine the work while walking through the legs of the sculpture. Noh Sang Kyoon’s “Double Ends,” a painting made with spangles originally used for clothing, causes an optical illusion, varying between concave and convex images. 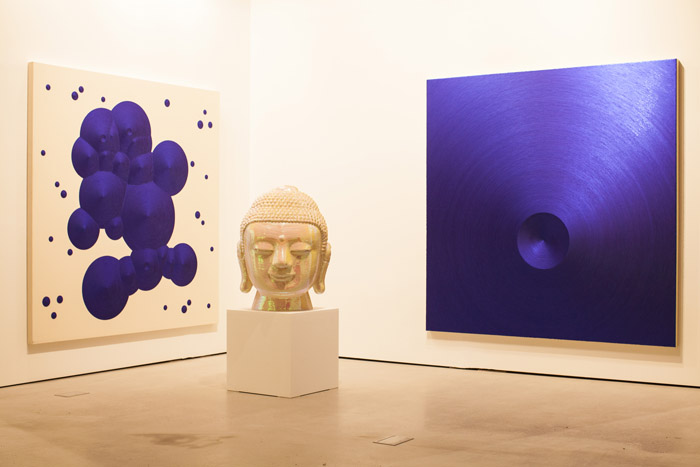 (From left) “Constellation9 (Gemini),” “For the Worshipers” and “Double Ends,” all by Noh Sang Kyoon (photo courtesy of SeMA)

On the second floor, there are works by many artists who helped to lay the foundation for Korea’s modern art movement, such as Kim Whan Ki, Yoo Young Kuk and Park Seo Bo. In addition, there are some surrealistic pieces which express their other-worldly mood through the extremely realistic depiction of detail. Kim Kang Yong’s “Reality + Image 607-573” is a painting made with sand, creating the image of bricks with a three-dimensional illusion. Lee Yong Baek’s “Angel Soldier-Photo01” is a colorful print work depicting a soldier with a rifle hidden behind flowers. 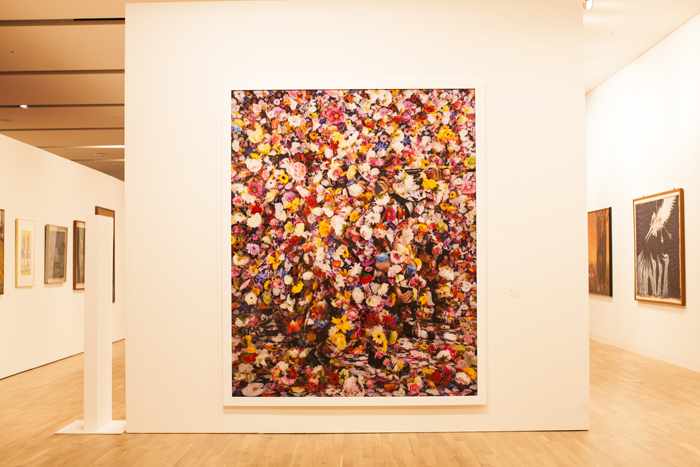 In the Children’s Gallery, Lee Byeong-chan’s “Laputa, urban-creature” is made from a large number of balloons being gently blown about by fans. Hanging from the ceiling of the second floor, the work looks like a primitive monster breathing heavily. “Reverse-Rebirth Project” by Han Seok-hyeon and Yu Byeong-seo is made of recycled wood donated by residents of the Junggye-dong neighborhood. 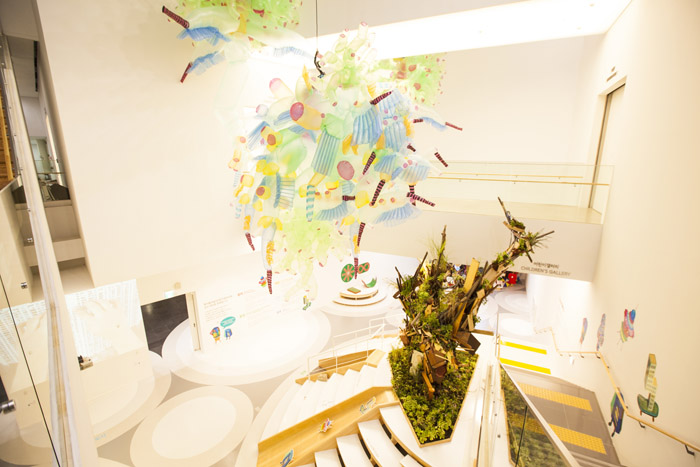 “We are planning various community art programs and intend to make this museum a community art complex,” said Choi Sung-hoon, the museum’s executive director. There are already many visitors with children in tow. Lee Hee-suk, a mother from Hagye-dong, Seoul, said she likes the fact that, “The museum is so close,” since she had to travel for over an hour to go to the downtown museums to view exhibitions in the past. The Buk Seoul Museum of Art is open from 10 a.m. to 8 p.m., Tuesday to Friday, and from 10 a.m. to 7 p.m. on weekends. It is closed Mondays. It can be reached from Hagye Station on Metro line no.7, exit 1. There is no entrance fee. For more information, call the museum at 02-2124-5201 or visit the homepage (sema.seoul.go.kr/bukseoul).