Besides enjoying significant discounts, people on Korea’s National Health Insurance can also have a free medical examination every two years.

Korea’s national health insurance system enables people to use medical institutions at a discount by paying a certain amount of money every month according to income.

People covered through their workplace

Insurance premiums are deducted from the monthly salary.

* If a person who is married to a Korean has a child born with Korean nationality and cannot pay insurance premiums due to financial difficulty, the Government of Korea will pay. 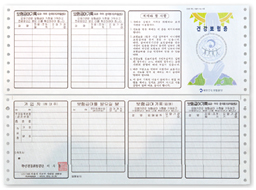 Only those with an Alien Registration Card are allowed to apply for National Health Insurance.

Those who are working for an eligible company, public servants and teachers are automatically insured with the National Health Insurance plan.

Foreign nationals who are able to prove they will stay in Korea for more than three months for study or employment can also apply, even though they have not yet been in Korea for three months.

If a person is already covered by the National Health Insurance through their workplace, his or her spouse is automatically covered if they are declared as dependents on their tax return.