A recommendation from the ICOMOS, in most cases, leads to being added to the UNESCO World Heritage list, and thus an inscription is highly likely. The final decision will be announced at the 38th session of the World Heritage Committee in Doha, Qatar, in mid-June. If the fortress is added to the list, it would become Korea’s eleventh asset listed as a World Heritage item.

According to the government’s Cultural Heritage Administration (CHA), the fortress satisfied two of the criteria needed to be designated as a world heritage location. First, it meets UNESCO’s requirement that a location, “exhibits an important interchange of human values, over a span of time or within a cultural area of the world, on developments in architecture or technology, monumental arts, town-planning or landscape design.” Secondly, the fortress is, “an outstanding example of a type of building, architectural or technological ensemble or landscape which illustrates significant stages in human history.”

The ICOMOS also noted the fact that the fortress is a historically significant military location, one which: shows a mutual exchange between urban planning and fortification technology in East Asia; is a concentration of fortification technology and defense strategy from different time periods; and, is a large mountain fortress that includes valleys. The UNESCO body also pointed out that the numerous reconstruction and restoration projects undertaken at the fortress were conducted using original materials and techniques and adhered to the regulations overseeing repairs at state-designated heritage locations. 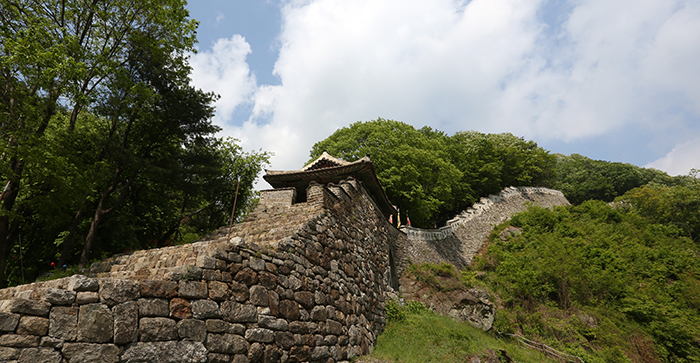 (From top) The east gate, west gate and fortress wall of the Namhansanseong (photo: Jeon Han)

The Namhansanseong, in Gwangju, Gyeonggi-do (Gyeonggi Province), is one of the fortresses that guarded Seoul during the Joseon Dynasty (1392-1910), along with the Bukhansanseong straddling northern Seoul and parts of Gyeonggi-do. Stretching back even farther, the fortress exhibits various architectural and construction styles, from the Unified Silla kingdom of the 7th century through to King Yeongjo (r. 1724-1776) of the 18th century. The perimeter length of the fortress wall is 11.76 kilometers and there is a temporary palace, called theHaenggung, in which kings resided when they travelled outside the official palace. There are also many buildings built for various royal and administerial purposes, including the Sueojangdae, a tower used as a command post.

It is believed that the fortress originated with the Jujangseong fortress built during the reign of King Munmu, the 30th king of the Silla Dynasty (57 B.C.-A.D. 935). However, most of the fortress that exists today dates from the Joseon period. It was constructed when the likelihood of a Qing Dynasty invasion was heightened after King Gwanghaegun (r. 1608-1623), who tried to preserve neutrality between the outgoing Ming Dynasty and incoming Qing Dynasty, was ousted in 1623. After his ouster, an administration that supported the waning Ming Dynasty came to power in Seoul. Much of the fortress that exists today was built on top of existing fortress walls between 1624 and 1626.

In 1636, the fortress hosted a military drill that involved 12,700 soldiers, the first since the completion of the walls. However, the Qing invaded Joseon with a 100,000-strong army in December of that year. Without much preparation for war, the Joseon army and King Injo (r. 1623~1649) ended up retreating to the fortress as its auxiliary troops were defeated. The Joseon army gave in after 47 days of resistance.

Although the war ended with defeat, the construction of the fortress provided the Joseon with the important experience of building a large mountain fortress to prepare for potentially long and devastating wars. The fortress is also the only military and administrative city built on a mountain in Korea. It is also one of the best maintained castles in the region that shows the development of East Asian medieval fortification technology over an extended period of time. 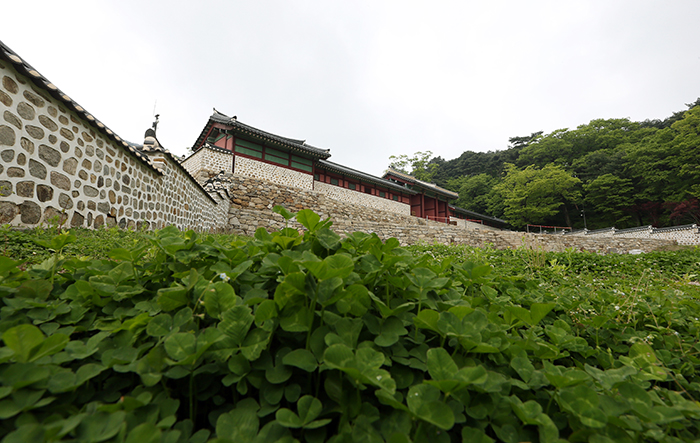 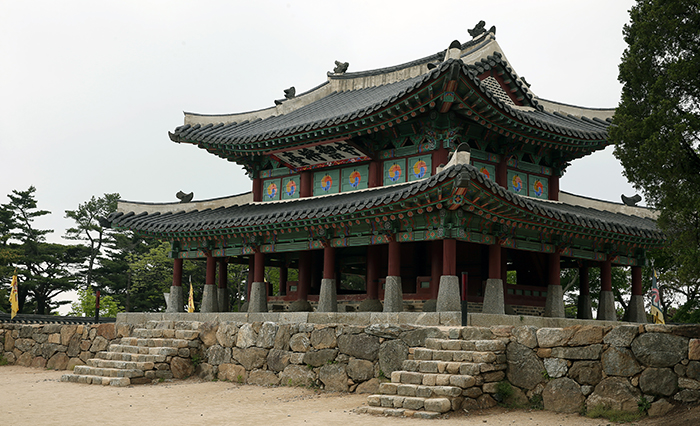 (Top) The temporary palace, the Haenggung, houses the king when he travels outside the official palace.

(Bottom) The command post in the western wall is called the Sueojangdae. (photo: Jeon Han)

“The Namhansanseong was a temporary palace, but it is historically significant because it was built in a way so that it could function just like a real palace,” said Dongguk University professor Lee Hye-eun, who is a member of the CHA’s World Heritages committee. “During the Second Manchu Invasion in 1636, core palace buildings were designed to act like the Jongmyo royal ancestral shrine and the Sajik altar to the land and grain god were built inside so that kings could stay for a long time. The fact that it is unprecedented in the world seems to have been highly recognized.” 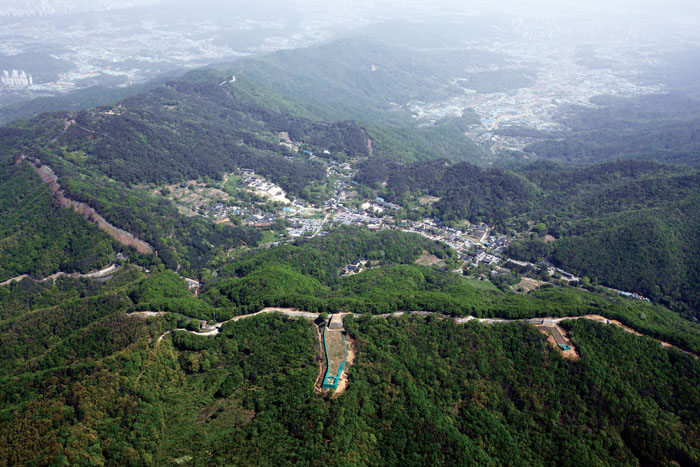 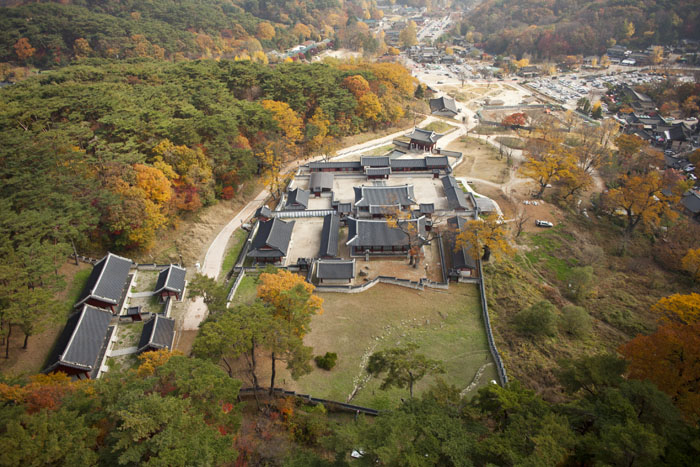 (Top) An aerial view of the southern part of the Namhansanseong. (Below) A picture of the Haenggung temporary palace. (photo courtesy of the CHA)