Demilitarized Zone, only exist in Korea. The world 11th economy by GDP is still on ceasefire. It is not finished yet. They guard against each other on only 8 km distance. But it is the most wanted visit places of foreigners visiting Korea. How irony is that? You don¡¯t have to worry about safety. More than one million people are visiting this place and even US president and Hollywood movie stars are visiting this place as well.

Of the 4 tunnel, closest tunnel from Seoul is 3rd tunnel. It might be very thrilled experience for you. You may see the North Korea by telescope. It is about 40 minutes away from Seoul and you may reach it by public transportation (takes about 2 hours since it is isolated place). Easier way to visit this place is take daily tour to DMZ, organized by city tour agencies. You will have English tour guide explain about this place as well. They close on every Mondays. 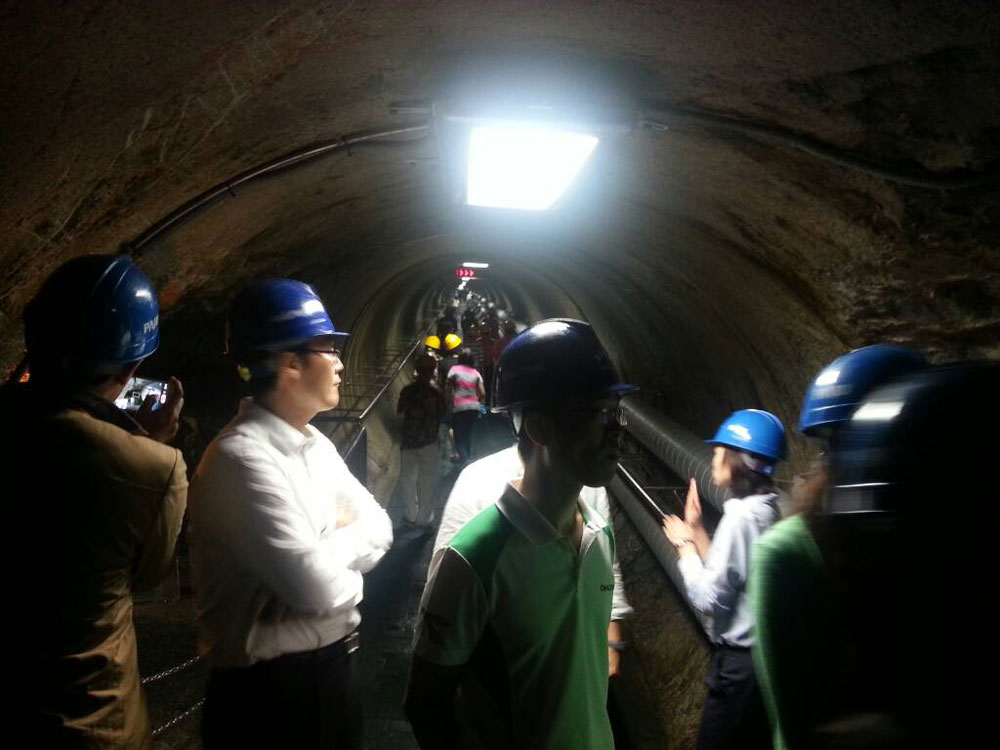 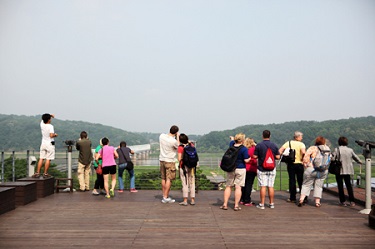 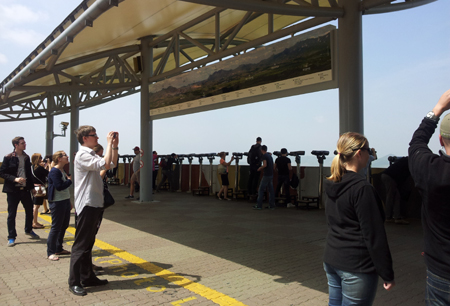 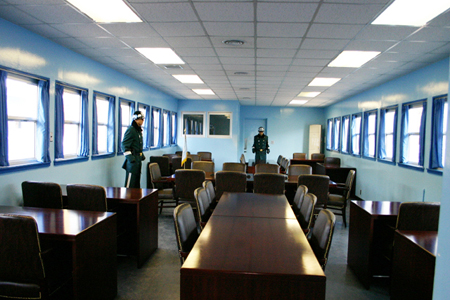 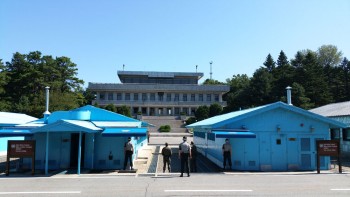 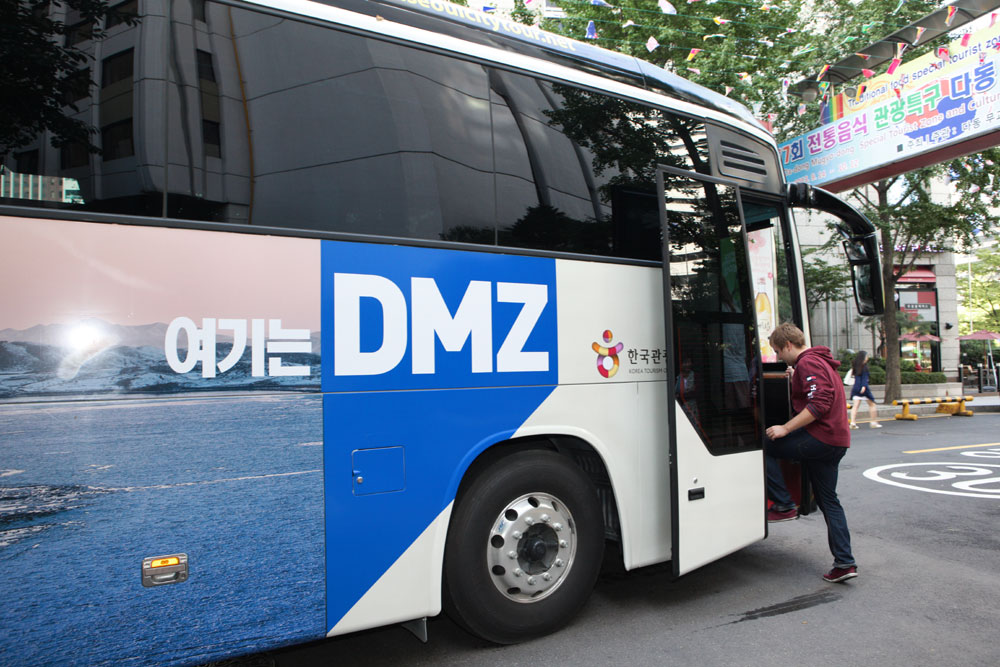 – When you arrive at Conference room, do not touch any equipment such as microphones or flags belonging to the communist side.
– Do not speak with, make any gesture toward or in any way, approach or respond to personnel from the other side.
– Sometimes military or other official considerations prevent entry into the joint security area.
– Casual clothes such as ripped jeans, sleeveless shirts, mini skirt, short pants, military cloth, and sandal(slippers) are not permitted in the tour area.
– Shaggy or unkempt hair is not allowed either.
– The cameras with over 90mm zooming lens are not allowed.
– Children under 11 years are not allowed.
– Tour time is flexible according to local circumstances.
– While on tour if any program cancelled according to unexpected local situation, no refund will be provided. 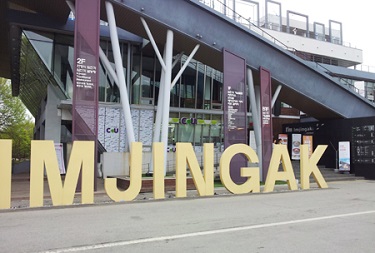 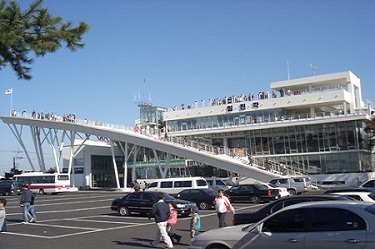 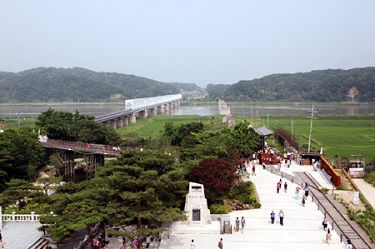 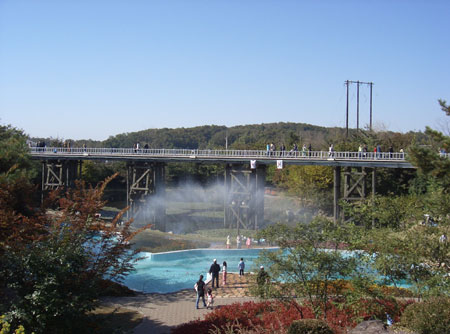 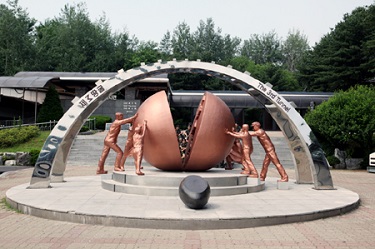 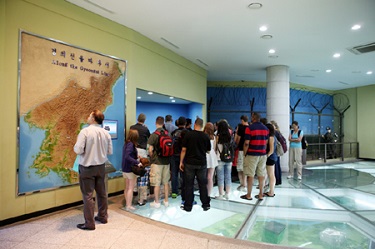 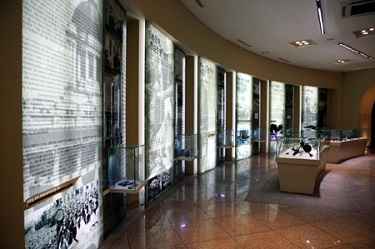 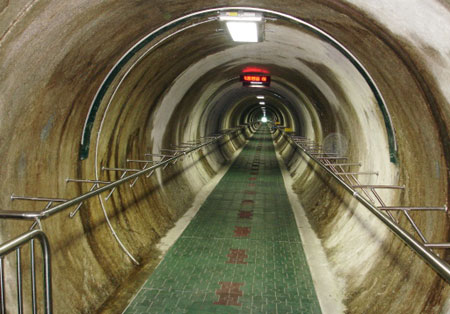 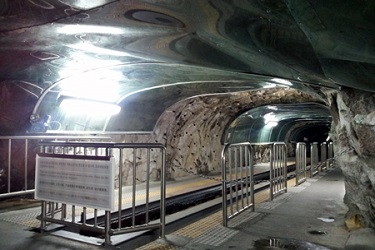 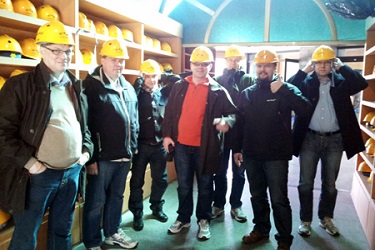 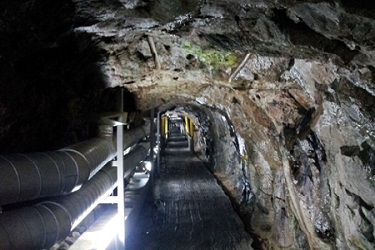 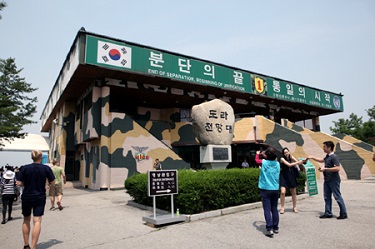 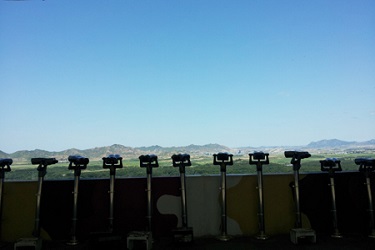 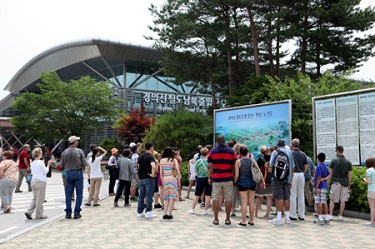 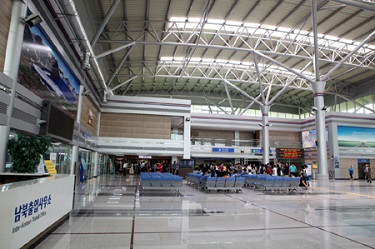 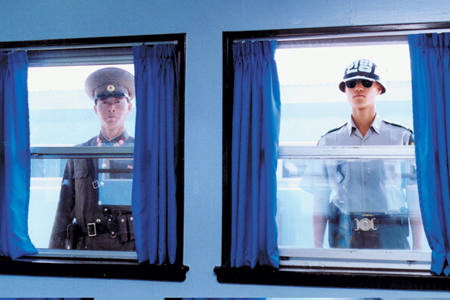 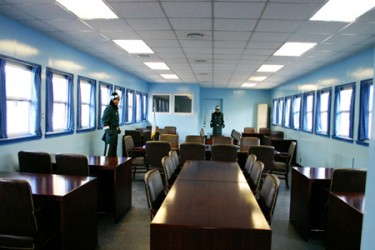 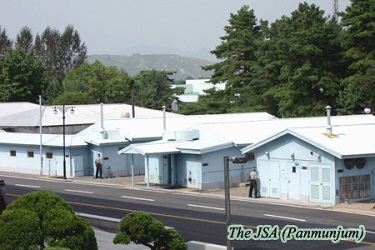 JSA resembles a square measuring about 800 meters in diameter. After the Armistice Agreement was signed, JSA became a neutral location where the guards from both sides were allowed to move about freely. It was the only place in the DMZ where the MDL was originally not cleared marked. That changed after North Korean guards murdered two UNC officers with axes on 18 August 1976. After the Ax Murder incident, the MDL was marked within JSA, and that marking system continues until today. Today, the only place where border crossings are allowed is inside the conference buildings of the Military Armistice Commission(MAC). The MDL in JSA is marked with one hundred and twenty-six 1 meter-high white stakes, along the boundary line a 10-meter interval. In the rest of the DMZ, the boundary is marked with MDL Markers. Each side owns six guard posts in JSA and on more than thirty-five armed guards can be present on each side. JSA is a venue for exchanges and negotiations between the North and South. All kinds of political and economic issue, cultural conferences and Red Cross meetings are held in JSA. 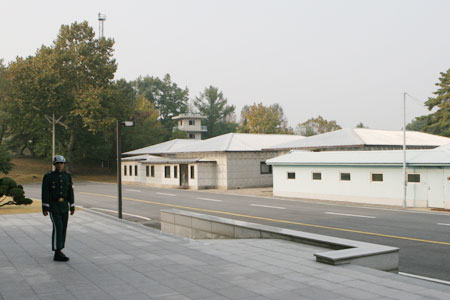 Panmunjeom is located inside the Demilitarized Zone (DMZ), and it is the most forward location in the DMZ that can be visited by civilians. Although Panmunjeom is the common name of the area, the official name of the negotiating site is the Joint Security Area (JSA). Panmumjom is located in the western portion of the 155-mile long DMZ on the Military Demarcation Line (MDL) and it demonstrates the great sorrow of the divided country. Panmumjeom is located 62 kilometers northwest of Seoul, the capital of South Korea, and 215 kilometers south of Pyongyang, the capital of North Korea, 10 kilometers from Kaesong. 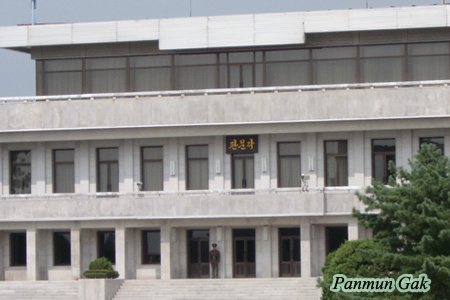 Panmun Gak is the main building managed by the North Koreans in JSA. It is located about 80meters north of the Freedom House. It was constructed in September 1969 and is used as an office and command post for the North Korean guard force and as a stand by room for MAC meeting attendees. It is also used as a place for propaganda and instigation activities directed against the South. Every August 15th, a mass propaganda rally is held in front of this building under the name of the “8.15 Pan-National Rally”. 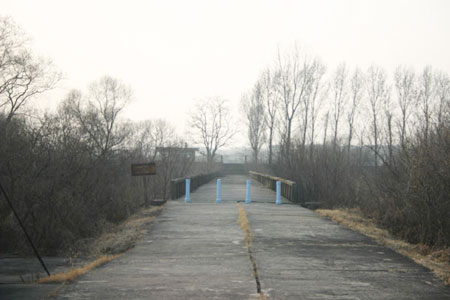 The “Bridge of No Return”